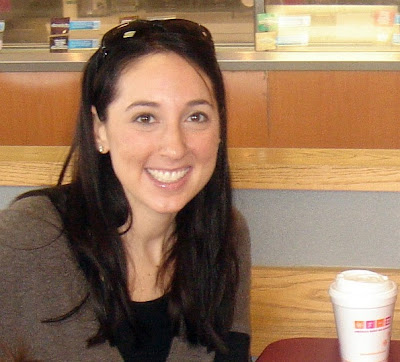 How long have you been writing?
In a way I always knew I’d be a writer, but I didn’t do anything serious about it until January 2007. It was a New Year’s resolution that I actually kept.

What’s your connection to the Midwest?
I’m 100% Midwestern. I was raised in Highland Park, Illinois, in the same house where my dad was raised and where my parents still live today. I spent eight summers in Eagle River, Wisconsin, and I earned my undergraduate degree at Washington University in St. Louis. After leaving St. Louis, I moved to Minneapolis, and I’ve been here ever since.

How has the Midwest influenced your writing?
Every short story and novel I write takes place in the Midwest. Sometimes I set things in St. Louis and sometimes Minnesota, but I’d say 95% of my imagination is preoccupied with the towns of the North Shore of Chicago next to Lake Michigan where I spent my childhood.

Why do you believe there has never really been a regionalist push for Midwestern writing in the past like there has with the South or even the West Coast?
I spent the past ten minutes dreaming up an uber-intelligent answer to that question. The truth is this: I have no idea.

How do you feel about social media to promote your writing, and do you use it?
Now this is a subject I know and understand. I absolutely use social media (Facebook and Twitter) to promote my writing, support literary journals, and to connect with other writers. Twitter especially has given me a sense of having colleagues in what is normally an isolating career path. But when used incorrectly, Twitter can be a detriment to a writer’s reputation. I see a lot of annoying behavior on Twitter that goes beyond the problem of too much self-promotion.

The other day, for example, I unfollowed a literary journal because the tweets on Wednesdays and Fridays begging people to list them in #WWs (Writer Wednesday) and #FFs (Follow Friday) were so out of control and desperate it made me crazy. Compose interesting tweets; provide good content—that’s how you get followers. All of that #WW and #FF stuff is nonsense and unfortunately literary journals are among the worst offenders. The whole Twitter “thing” is an art. On my blog I have a section of advice for writers who Tweet. My Twitter tips posts put my blog “on the map” so to say. Meanwhile, I know diddly about Digg, Tumblr, or anything else on the internet.

Favorite book?
Steinbeck’s East of Eden. Each time I read it I’m pleasantly stunned by the soap-opera-like drama. Talk about a dysfunctional family. And I don’t care what the critics say about the Cathy/Kate character being a weakness of the novel. The chapters about her are wonderful and delightfully smutty.

Favorite food?
Oy vey, who can pick one? I guess ice cream and coffee rank at the top. In Highland Park there’s a Dunkin Donuts/Baskin Robbins housed together in one little stand-alone building. When my husband and I take the kids to HP to visit my parents, we’re at that building at least once a day. The photograph above was taken there. You can see the ice cream behind me and the coffee cup on the table. It’s my happy place.

If you could have coffee (or tea or a beer) with any literary figure, alive or dead, who would it be?
In the past year I spent quality time with Jenna Blum and had dinner with Ayelet Waldman. I also sat next to Elinor Lipman during a presentation at the Muse and the Marketplace writing conference in Boston. Asking for more seems like an outrageous amount of chutzpah.

Where can we find more information about you?
I blog about the writing life, marriage, motherhood at http://ninabadzin.com. You’ll find my Twitter tips there as well. And of course you can find me on Twitter: @NinaBadzin.