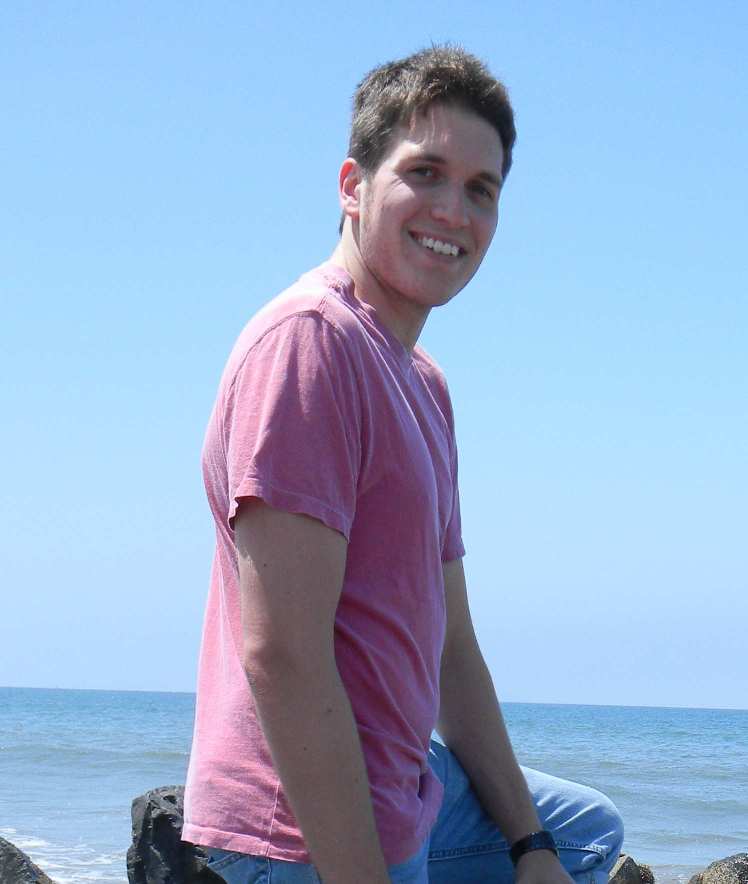 How long have you been writing?
I’ve always written stories. In my childhood, I wrote Goosebumps-like horror tales. In high school, I wrote movie scripts about Sasquatches, Chupacabras, and probe-happy aliens. I originally went to college to be a screenwriter and filmmaker, but found that I had more control over my ideas, and wrote them much better, when I stuck to fiction. My MFA stories have solely been quiet character pieces. I’m obsessed with human behavior.

What’s your connection to the Midwest?
I’ve lived in Ohio all of my life. I’m from a tiny, tiny town. I went to a high school called “Field”—yes, “Field”—if that’s not Midwest, I don’t know what is. I spent my undergraduate years at the University of Toledo and Kent State. Right now, I’m a graduate of the NEOMFA program, a consortium of Kent State, Cleveland State, Youngstown State, and the University of Akron. Although we Ohioians recently voted our state as the worst in the country, it’s such a melting pot of people and cultures, especially around the universities, that it makes for great writing fodder.

How has the Midwest influenced your writing?
Midwest concerns really took hold of my writing when the economy went down the shitter. When family and friends started losing jobs, I started writing stories about the people I saw in my town, in my state. I saw real people with real problems, sucked dry of hope and pride. The only way I knew how to deal with it was to investigate their despair through my writing. We’re called the Rustbelt, but every once in a while the sun catches a bit of metal that hasn’t rusted through and you do see a glimmer of light. That’s the Midwest character to me—down but not out, not yet anyway.

Why do you believe there has never really been a regionalist push for Midwestern writing in the past like there has with the South or even the West Coast?
It’s all about where history and cultural symbolism meet. The South obviously has a history that has given us fascinating literature. It’s just so goddamn interesting to us Yankees, like a Bizzaro World of the north, with Faulkner’s Yoknapatawpha County as its Fortress of Solitude.

Look at the location of the big media outlets—New York and Los Angeles. They’re American symbols of money. That’s where you want to live, if you want to be a mover and a shaker. What can you shake in the Midwest? So, of course they publish material linked to those areas, the Less Than Zero‘s, and, God help us, the Sex and the City‘s.

The Midwest, well, the Midwest is so internal, and to me, that much more fascinating. The Midwest is people, pure and simple, and the internal conflicts that come with the human condition. It leaves us with only ourselves—how do you market that?

But I’m glad that you’re asking the question, because that means there are people who want answers. I’m one of them. And it’s up to us Midwest writers to start generating those answers.

How do you feel about using social media to promote your writing, and do you use it?
At first, I was resistant to any form of self-promotion. I thought, “That’s selling your soul!” Well, come on, who am I kidding? That kind of attitude only serves anonymity.

We writers like to lament about how people don’t read as much as they used to—I agree. But what draws many people to an artist’s work is the artist him/herself. Take somebody like Bruce Springsteen or Bob Dylan, who have a musical following that is intertwined with the cult of personality. In today’s market, the media just won’t cover writers as personalities without first there being a high demand. That’s where social media comes in. It’s an excellent arena to rebuild writers’ marketability by once more giving us a voice outside of our work.

Favorite food?
Gotta go with barbeque ribs or chicken wings, but sushi is inching its way in there roll-by-roll.

If you could have coffee (or tea or a beer) with any literary figure, alive or dead, who would it be?
I’d love to have a beer with Cormac McCarthy, but I have the feeling it’d be difficult to get him out of the house. So, I’d get coffee with Philip Roth. My first words: “I can’t believe how well you nailed my family with Portnoy’s Complaint.”

Where can we find more information about you?
I’m working on a website, but for now you could just be my Facebook friend if you feel so inclined.