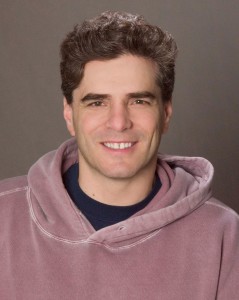 How long have you been writing?
I’ve been writing for as long as I can remember. I wrote a book when I was six, and also illustrated it. It was called “War is bad” and it mentioned that people can get killed in war. My subject matter, at the fundamental level, really hasn’t changed.

What’s your connection to the Midwest?
I’ve lived in Michigan for almost fifteen years now and have recently begun the process of feeling more like a Midwesterner than a New Yorker. I’m still a Yankees fan though. But I also love the Pistons and the Wolverines.

How has the Midwest influenced your writing?
I tend to gain a lot of my inspiration (and images) from whatever environment I’m in so I feel like the people I create, the sounds I hear, the smells I smell, are almost exclusively Michigan now. I still infuse a lot of my writing with a New York-like caustic tone, but feel like I’ve also been bass-lining most of what I write these days with the kind of get-up-every-day-and-go-to-work, be-in-it-for-the-long-haul aesthetic that I associate with people out here, trudging along, making progress one small, honest step at a time.

Why do you believe there has never really been a regionalist push for Midwestern writing in the past like there has with the South or even the West Coast?
The Midwest exudes a kind of modesty, doesn’t want to shove its elbows into the louder crowd. We’re here though, resonating under everything, keeping the world spinning. Wait another ten years. People are going to understand that the writers coming out of Chicago-Ann Arbor-Detroit, especially the young poets, they’re mad good. They will have a huge influence on the direction of American letters over the next several decades, watch.

How do you feel about social media to promote your writing, and do you use it?
I’m really not charming enough to promote my writing through social media super-effectively. I’ll put it up on facebook when I have a book coming out or a story in a journal or when I’m giving a reading, and I have strings of email lists that I send out to, but I always feel like I’m spamming so I always offer what I’m doing with a kind of apologetic tone. Maybe older folks appreciate that. I suspect most people kind of shrug it off.

Favorite food?
I’m a happy eater and will adore almost anything spicy. I’d like an egg-white omelet right now maybe with some smoked salmon and whole grain toast. Capers.

If you could have coffee (or tea or a beer) with any literary figure, alive or dead, who would it be?
Kevin Coval, Patrick Rosal, Roger Bonair-Agard, Patricia Smith and Adam Mansbach. They can just talk and I’ll sit back and listen and laugh and feel like the world isn’t as awful as it too often feels.

Where can we find more information about you?
Yeah, I don’t have a web site right now. Come to Pioneer High School in Ann Arbor. Any weekday. Room C309. I’ll the short stocky guy at the front of the room.