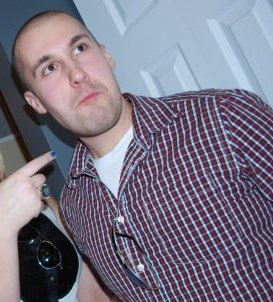 How long have you been writing?
Not all that long really. When I was young, this has to be around third or fourth grade, I fancied myself an artist. I loved drawing superheroes and really wanted to work on that. Eventually, I ran into a brick wall when fifth and sixth grade dawned and I realized I was terrible and that all the men I drew were massively biceped and terribly burdened with anchor sized thighs. Let’s not even ponder the women. So writing was always in the remotest parts of the back of my mind. I craved stories and really ate up anything I read. There was this period where I read massive six or seven hundred page history books for some reason. Once I reached college and floated around aimlessly, I reconnect with comics. I still knew I wasn’t going to be an artist but I began to appreciate the writing because that seemed like something I had a better grasp of. The comics of Alan Moore, Grant Morrison, Warren Ellis, and Brian K. Vaughan really opened my mind to the possibility of being a writer. From there I just started experimenting and gobbling up prose novels instead of brick sized history texts and now I’m in an MFA program. Fancy that.

What’s your connection to the Midwest?
I’ve been a Midwesterner all my life. Everywhere I’ve lived it has either been in or around Chicago. Sure, calling that area Midwest is like saying Madonna is from Michigan but I’ve always had a deep appreciation for the vast fields of corn where I spent most of my childhood. My family has been in this area for generations. There’s the old saw of Ellis Island and all that New York shit but a lot of immigrants settled in the vast spaces typically deemed flyover country. Playing stickball in Brooklyn isn’t everything.

How has the Midwest influenced your writing?
My perception of the Midwest has always been that we are islands of civilization in an ocean of corn and soy beans. I cannot tell you how many pictures I have as a child of me being in some massively empty field. It reminds you of how isolated you are. Some of my earliest childhood experiences stem from living in this new townhome development. My mother and I moved in before we even had a yard. It was just mud and I made Power Ranger toys out of the spare construction timber lying around. For years it was this very frontier feeling neighborhood. Hell, we didn’t even have a McDonald’s in town for several years and we were only fifty or so miles north of corporate headquarters. So I think the Midwest has always made me feel very small and forced me to rely on my own abilities. It’s been a reminder of how small we all are and how just massive and ominous space can be. Maybe that’s why space travel has always fascinated me/seemed natural. A trip to the grocery store was like hyperspacing off to Alpha Centarui.

Why do you believe there has never really been a regionalist push for Midwestern writing in the past like there has with the South or even the West Coast?
I remember a feeling brewing deep in me as a Midwestern high schooler about to graduate. I doubt I was alone in thinking that everyone’s biggest goal was to leave the Midwest. I can’t speak for everybody but I think there’s this drive for Midwestern kids to get the hell out of Dodge once they can. It’s teenage and hormonal and not unlike hating the music your parents listen to. There’s a common misconception that the Midwest is uniformly boring. I think it’s more accurate to say the Midwest is near uniformly monotone. The topography tends towards sameness and there is rarely that critical mass of people where towns can carve out something special like on the East Coast or drive towards insanity like in some areas of the South. So places end up looking the same and you can either go to Lake Zurich or Crystal Lake for shopping but what’s the difference because the two places are identical. But as I’ve gotten older and stayed in the Midwest, I’ve come to realize that the landscape isn’t the problem, its people’s attitudes towards it. When you plan a road trip, how often do you groan at the prospect of Iowa or Kansas or the no man’s land of central Illinois? I just feel there’s this misconception that the Midwest is a call sign for boring. While there are plenty of opportunities for boredom here, it’s like any situation. You have to make the most out of it. There are some real treats to be found in the swaying and crackling corn of a July night, fireworks in an open field, and the preserved wintery vistas of a vast open plain buried with snow.

How do you feel about social media to promote your writing, and do you use it?
When I wrote for websites and teetered on journalism more so than fiction writing, I was a shameless self-promoter of my own work. If I get an essay published or a story accepted, I’ll trumpet the success online but I used to have the notion that I’ll make my way to the top with a really savvy and regularly updated blog. When I realized that just about everyone else had that idea and there were no distinctions on search engines between well written blogs and well marketed ones, I just gave up.

Favorite book?
2666 by Roberto Bolano is likely a candidate. There is this hovering sense of dread and terror that seams perched just outside of town in the vast expanses of northern Mexico that I latch on to as someone who has had to cope with wide open spaces most of his life. W. G. Sebald’s The Rings of Saturn is another good choice because it’s filled with the rusting, decaying ruins of Eastern England that wouldn’t be out of place on some sad highway exit off I-55 or I-80. Aside from that, anything Grant Morrison writes also belongs on my list.

Favorite food?
A lot of Chicago classics top this list. I’m a huge lover of Chicago style hot dogs. Deep dish pizza could replace Adam on the Sistine Chapel’s roof. If the names Lou Malnati’s, Gino’s East, and Giordano’s mean anything to you then you know what I’m talking about. Bonus points if 16 oz. of 312 has any significance to you. If I could freebase Portillo’s Italian Beef I’d be the first drooling body bag in line at the rehab clinic.

If you could have coffee (or tea or a beer) with any literary figure, alive or dead, who would it be?
I’m sure this is a very common response by I elect David Foster Wallace. I think I’m still trying to sort out my shock when I discovered the dude was raised in Illinois. I’ve always wanted to sort out his views on the Midwest from the tangential references dropped in his essays. My only real fear with questions like this is: what if the writer I pick doesn’t like me. I think if I could bring the man back from the dead, not only would he A) not appreciate me disturbing him and B) find me to be a very polite but otherwise unremarkable guy with a perpetual farmer’s tan.

Where can we find more information about you?
The best way to get a hold of me is to check out a slumbering blog with irregular updates at ireadyoureadtoo.blogspot.com or find me at Twitter @jamesorbesen.