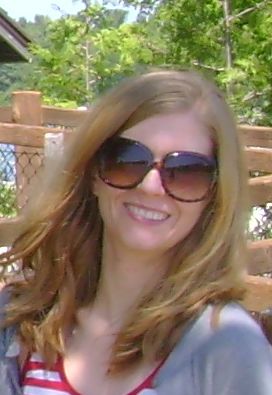 How long have you been writing?
I’m a late bloomer. I started dabbling in nonfiction in my mid-twenties, got an MS in journalism, and then turned toward fiction, which I’ve found is my literary home. I love making stuff up. I
wish I’d started writing fiction earlier; I wish I were ten years younger—but I didn’t, and I’m not.

What’s your connection to the Midwest?
I grew up on Lake Michigan, “Up North,” as we say. I couldn’t live now in the town where I was a child, but I long to be back in that area. I’ve left Michigan and come back a few times, and now I live just south of Kalamazoo.

How has the Midwest influenced your writing?
A lot of my work ends up set near water (my Midwest is the Great Lakes region). And a lot of my characters are quiet, tortured souls.

Why do you believe there has never really been a regionalist push for Midwestern writing in the past like there has with the South or even the West Coast?
This is something I think about a lot. I’m reminded of the line near the end of Marilynne Robinson’s gorgeous Gilead, when the narrator, John Ames, says of his (fictional) hometown of Gilead, Iowa, “To me it seems rather Christlike to be as unadorned as this place is, as little regarded.” There’s an austerity to the Midwest that doesn’t lend itself to self-promotion. I think that has something to do with it.

How do you feel about social media to promote your writing, and do you use it?
I feel ambivalent. That isn’t to say I think the physical book is a precious delivery system—not that kind of ambivalence. I’m happy to have readers, period; I don’t care how they read. But I am a Luddite. For example, I’ve never sent a text message. Let’s be clear: I don’t consider this charming and retro—in fact I think some of my friends find it decidedly uncharming when they can’t get hold of me. I’m not taking a stand; I just have no technical inclination, and learning new machines and formats and functions frustrates me.

All of that said, I know I should learn. I’m willing to learn.

Favorite book?
I carry a list in my wallet of my most important books. One of these is Michael Cunningham’s The Hours. It’s astonishing, nearly perfect. I return to that book again and again. Also Gatsby (I love Nick, that transplanted Midwesterner) and The Age of Innocence, plus Julian Barnes’s Flaubert’s Parrot, Ian McEwan’s Atonement and On Chesil Beach, Jane Smiley’s The Age of Grief, Charles Baxter’s The Feast of Love, Sherman Alexie’s Reservation Blues, Tim O’Brien’s The Things They Carried—I could go on.

If you could have coffee (or tea or a beer) with any literary figure, alive or dead, who would it be?
I’d like to answer this question instead: To whom would you like to hand over your novel manuscript for a thorough critique?

All of my former MFA teachers, for sure, now that it’s fully drafted and no longer in pieces, as they saw it, and also… well, how about all of the authors of my most important books, listed above?

Where can we find more information about you?
Ask my mother!

For real, here are links to places where my work appears online:

Ascent (This is another piece of the novel excepted in Midwestern Gothic.)

The Drum (This is a story that originally appeared in the Indiana Review.)