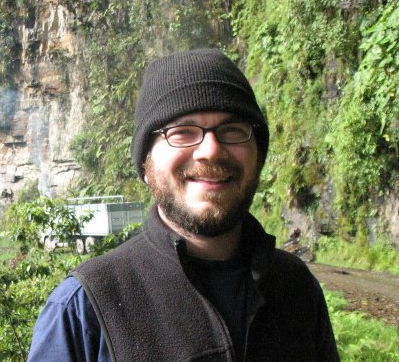 How long have you been writing?
I’ve been writing one thing or another since I was a kid. When I was six, I’d scrawl “written by Ryan Stradal” in huge letters on the inside covers of my favorite books. It’s too bad I didn’t grow up to become a famous plagiarist; I guess there’s time.

A few years later, I expanded my notion of authorship to include actual writing. My first stories were often around seven to ten pages long and featured between thirty and sixty characters. As the years have progressed, I’ve made bold strides towards inverting that ratio.

What’s your connection to the Midwest?
I was born in Minnesota to parents from Fargo, North Dakota and Hinckley, Minnesota. My grandparents were farmers or grew up on farms, and I lived on a farm for a time as kid. I liked it because it was the only time I was allowed to have a mammal for a pet – a cat I named Ratlips.

Eventually, we settled in the town of Hastings. It’s a great place to raise children, has good schools, etc., which means it’s the kind of place where you have to make your own fun. Although my brother was far more of a daredevil than I was, I had some extremely imaginative friends, and we did some strange things I can never do again.

I remained in the Midwest for college, graduating from Northwestern University in Illinois. Chicago was a riot in the late 90s and only seems to be better now. Two of my favorite contemporary writers, Lindsay Hunter and Jac Jemc, help make it the awesome place that it is.

How has the Midwest influenced your writing?
I didn’t have the typical writer/nerd experience growing up; I thought high school was a complete blast – the people alone have inspired me for decades. I had an amazing girlfriend, a brother who was game for anything, and a large pack of friends who were always going up to the Twin Cities for one thing or another. I liked Grand Avenue in St. Paul and its (sadly now-
defunct) bookstore The Hungry Mind.

Most Minnesotans I know are a combination of open-heartedness, intelligence, and earnestness you won’t find everywhere; they rarely have the caustic sarcasm of East Coasters or the flighty insincerity of some on the West Coast. I’ve lived in California for over 13 years now and I don’t think it’s a coincidence that most of my best friends here are Midwestern or Southern, or via the Midwest or South.

I go back once or twice a year and it’s never for long enough. I miss the people there immensely. If you can’t be profoundly influenced by what they say, what they do, and how they live, you’re not paying attention.

The Midwest also influenced me in a practical way. When you’re driving past cornfields for four hours to attend remote family reunions, you think of weird things to pass the time, and you may as well write them down.

Why do you believe there has never really been a regionalist push for Midwestern writing in the past like there has with the South or even the West Coast?
Like David James implied in his Contributor Spotlight a few months ago, I think it’s because we’re too nice to push for anything. We’re not about to toot our own horn, as my mom would’ve said. It’s probably going to take some NY Times writer to decide there’s a Midwestern scene, and even then, they’ll mostly get it wrong and leave a lot of deserving people out, and we’ll expend more emotional energy feeling bad about the writers and publications that weren’t included than feeling proud of the ones that were.

Midwestern writers will just sit there, quietly doing excellent work, until somebody notices, and when we finally win something we’d really prefer that someone else do the talking. It took over a decade of living in Los Angeles before I learned any kind of self-promotional skills, and even then, I’d much rather not use them.

How do you feel about social media to promote your writing, and do you use it?
It’s great, so long as your audience uses it, and that’s often true in Los Angeles. The main reason I joined Facebook was to keep track of and promote interesting happenings around town that aren’t on regular institutional mailing lists or published events calendars. I still send
out e-mails to promote certain events. I don’t blame the people who swear off Facebook or Twitter.

Favorite food?
I like peas. And fish. Fish and peas.

If you could have coffee (or tea or a beer) with any literary figure, alive or dead, who would it be?
I’d have a First Growth, any First Growth, with Bill Clinton.

Where can we find more information about you?
I suppose jryanstradal.com. It doesn’t have all the answers, but it should at least leave you with a few more questions.