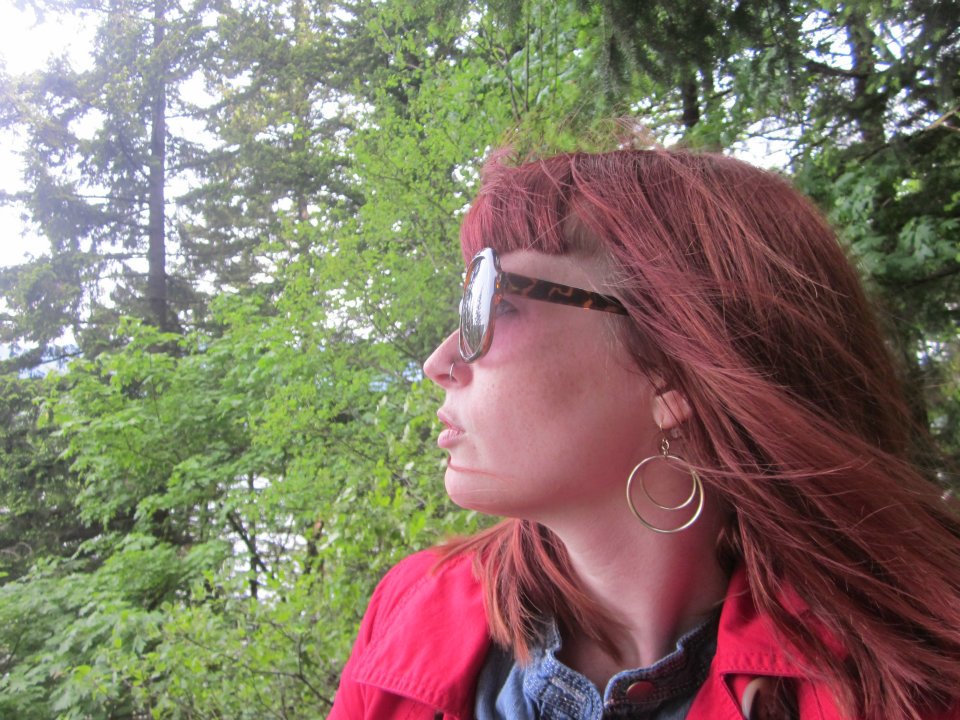 How long have you been writing?
That depends on what you’d define as “writing.” I’ve been telling stories since I could talk. At age 3 I told my family all about my past life as a boy. For several years I invented tales about my imaginary friend, Donald, a farmer who lived in the Gateway Arch. And my sisters and I used to share a bed when we’d visit my grandparents in the Ozarks, and it was our tradition to stay awake while they listened to my stories about Care Bears. The real writing came as soon as I was physically capable of writing, and when I was quite young I bought a typewriter and worked on novels, none of which I ever finished. I always thought I’d grow up to be a writer, but as an adult I’ve only been taking my writing career seriously for three or four years.

What’s your connection to the Midwest? I was born in a tiny farming town in Northwest Missouri. My parents owned a farm there, but when I was two we moved to a small town in Illinois just east of St. Louis, and that’s where I stayed until I was eighteen. I moved around after that, to Brazil a few times and to South Carolina, but I’m back in Illinois for the time being.

How has the Midwest influenced your writing?
As much as I tried to resist it growing up, the Midwest has influenced my writing because it’s a huge part of who I am and what I know, and the only good writing I’ve ever done has had a lot of me in it, even if it’s heavily disguised.

Why do you believe there has never really been a regionalist push for Midwestern writing in the past like there has with the South or even the West Coast?
I think that there’s a certain stigma to being from one of the so-called flyover states. It’s uncool to grow up surrounded by corn. The whole central part of the country must be flat and littered with cows and tractors and country music. So many of us, myself included, flee as soon as we can. I was so resistant to staying a second longer than I had to that I left the country immediately after high school. But then you hear outsiders stereotyping your homeland, and you get angry. It’s like listening to someone say nasty things about your sister, and even though you were just telling her you hated her this morning, you’re ready to get in a fistfight when you hear someone else say anything remotely negative. Because it’s a part of you. It’s a part of all of us. And there’s no shame in that, because those stereotypes, while based in reality, are not a complete representation of what it means to be Midwestern. There are beautiful landscapes here that the rest of the country often writes off. There are intelligent people. There are big, vibrant cities. I think it takes a certain level of pride and cynicism to write well about your own region. We have to recognize both darkness and beauty to paint an accurate portrait of a place, and that’s only starting to happen for the Midwest.

How do you feel about social media to promote your writing, and do you use it?
I absolutely use social media to learn about new publications and authors and to share links to my own work. There are so many writing communities online, and so many online journals, that failing to take advantage of social media is giving up the opportunity to share your work with many more people than would read it otherwise.

Favorite book?
I’m terrible at choosing a favorite anything, but here are a few off the top of my head: Lolita, The Bell Jar, Interpreter of Maladies, The Sun Also Rises.

If you could have coffee (or tea or a beer) with any literary figure, alive or dead, who would it be?
I’d love to have coffee with Sylvia Plath. I think we’d have a good deal in common.

Where can we find more information about you?
I’m not a faithful blogger, but I run a journal called Mixed Fruit, which can be found here: http://mixedfruitmagazine.com