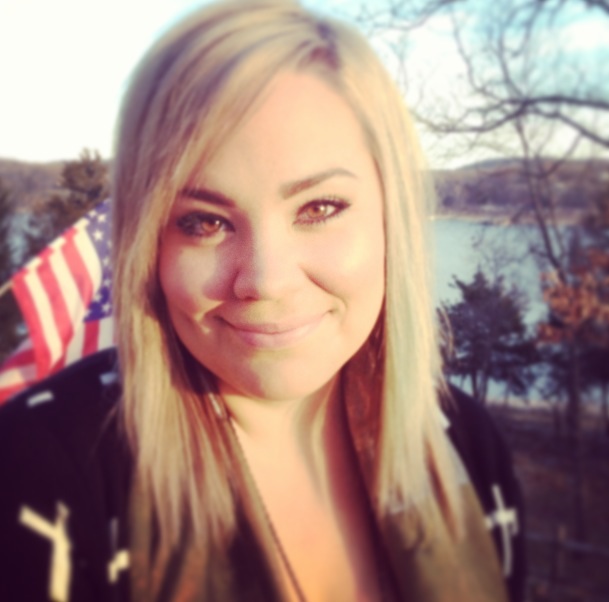 How long have you been writing?
I wrote my first poem at the age of six in a courtroom in Jasper, Arkansas while bored and lying on a bench. It was a six-lined rhyming ode entitled “The Granny Poem” and my mother still has it as far as I know. My poetic sensibilities have developed some since then—first making some stops at embarrassing teenage poetry—and eventually leading to pursuing a Master’s degree in creative writing.

What’s your connection to the Midwest?
I was born in Kansas City, and as a young child my family relocated to a lake house near Branson, Missouri, where I spent all the important, formative years. Though ancestrally, at least on my father’s side, I have roots in Southwest Missouri/Northwest Arkansas since … oh, the beginning of time, I guess.

How has the Midwest influenced your writing?
I was born, raised, and currently reside in Missouri (perhaps the Midwestiest state of them all). I’m not sure how the Midwest couldn’t have influenced my writing. My upbringing, compass of values, and lens through which I observe the world are all inexorably braided with the Midwest. There is a quiet simplicity and quaint Americana about the Midwest that exists many times alongside a collective longing to find something “greater.” That’s something I’ve lived and seen my family and friends live, and so it’s something I like to explore.

Why do you believe there has never really been a regionalist push for Midwestern writing in the past like there has with the South or even the West Coast?
Good question. There’s definitely a preconceived idea about the Midwest and what it’s like: cornfields, cows, seeing for miles in all directions, good ol’ fashioned Midwestern boredom. Maybe that’s even fair, but the richness of imagery and emotion that exists here in those stock Midwestern depictions (among so many other aspects of Midwestern life) is overlooked out of a feeling of inferiority within Midwestern writers, and it creates a Midwestern Diaspora in places like New York and the West Coast. True enough, large publishing companies exist on the coasts, but many of the best writing programs in the country are in the Midwest—some of the best writing happens here! I think aspects of Midwestern life and culture are taken for granted by its own tenants, like the importance of small town churches, rusting Chevrolets, lightning bugs, and specific kinds of Midwestern despair. I’m just as guilty as the next writer of overlooking these cultural features at times, or conversely, nearing the side of “too folksy” occasionally. Regardless, I think the Midwest can become more artistically relevant. We might just be lacking a bit of self-awareness, and journals and projects like MG certainly battle that.

How do you feel about social media to promote your writing, and do you use it?
Social media is a great way to promote one’s own writing, though I’ve yet to really secure a method to do so for myself—probably because of pictures of cats, online handbag sales, YouTube videos of penguins tripping and falling, ad infinitum.

Favorite book?
Holy moly. Well, what I’ve been reading the most lately is The Beforelife and Walking to Martha’s Vineyard, both collections by Franz Wright, which doesn’t technically address the question you’ve asked. But that’s still my answer.

If you could have coffee (or tea or a beer) with any literary figure, alive or dead, who would it be?
I don’t know how unoriginal this might make me sound, but I have a LOT of questions for T.S. Eliot.

Where can we find more information about you?
You can move to my town and attempt to befriend me.
satarah989@live.missouristate.edu
facebook.com/satarah.wheeler