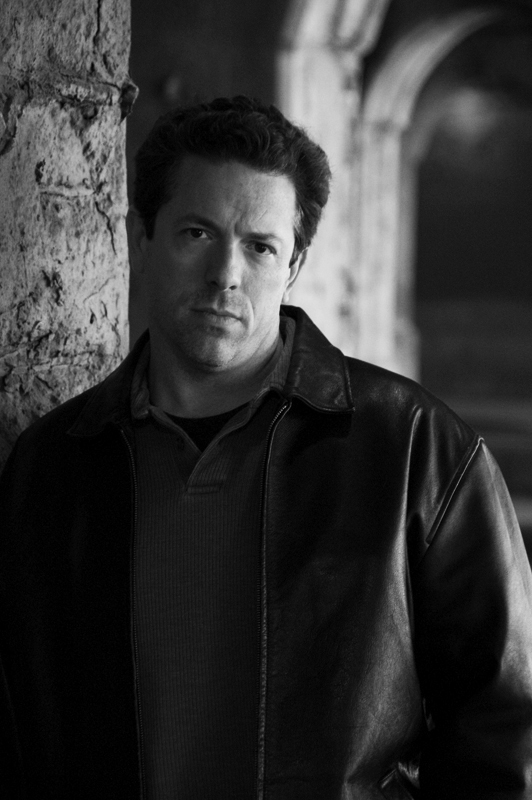 How long have you been writing?
I didn’t get serious about it until about five years ago. I had a chance to take a class at The Cult with Craig Clevenger and I jumped at it. He was a voice that really got me excited about reading and writing again. I found him through Chuck Palahniuk, which pushed me towards Will Christopher Baer, and later Stephen Graham Jones.

I guess you could call all four of them transgressive authors, maybe even neo-noir, and at times grotesque, too. They write dark fiction that really pulls you into the story, whispers in your ear, and leaves you on the floor spent, humiliated, and shaking. It’s a visceral experience, one where the characters rise up in rebellion, breaking rules—these tipping points, beyond which there can only be a movement forward, no looking back, except with regret. So those classes at The Cult (I also studied with Monica Drake and Jack Ketchum) helped me to get some early work published, including a story, “Stillness” that Craig championed, which ended up in Shivers VI alongside Stephen King and Peter Straub. That gave me the confidence to get my MFA at Murray State University down in Kentucky, which also influenced my writing, and now I’m trying to take the best of genre and literary fiction and blend them into something compelling.

What’s your connection to the Midwest?
I grew up in St. Louis, so there’s that influence. Later I went to school at Bradley University, in Peoria, Illinois, where that environment and freedom also contributed to my personal history. And then I moved to Chicago when I graduated, and have been here ever since. So all of that time is definitely a part of who I am, and what I write. The story I have in Midwestern Gothic (“Garage Sales”) is based on my home here in the suburbs of Chicago. I’m sure my neighbors wouldn’t be thrilled to be portrayed as they are, but the trailer park, that’s real, I drive by it all the time, as well as the garage sales I frequent with my wife and kids.

There’s something genuinely nice about living in the Midwest, but I push against that. Nobody wants to hear about a quiet day, where you kiss the kids, go to work, sit at a desk, and then come home later. Obviously you get that at Midwestern Gothic, by your focus on the material that you publish. It’s not called Midwestern Daydreams. While there is something sentimental, even romantic and nostalgic about the Gothic, I’m always drawn to the darker aspects of that word, that genre, whether it’s in the Midwest or Southern Gothic. There are aspects of life in Missouri that are not pleasant, such as meth and unemployment for example, that create a backdrop for darkness. Of course, there are also some of the nicest people you’ll ever meet in St. Louis—Chicago, too.

How has the Midwest influenced your writing?
Well, I kind of just touched on that, got a bit ahead of myself, but I think it’s that juxtaposition of the everyday with the strange, the lightness with the dark. It makes me think of Jill McCorkle’s story “Magic Words.” Have you read that story? If not, pick it up. It was in the Best American Short Stories anthology back in 2009. I can’t remember if it was set in the Midwest, but it could have been.

Wherever it was, that sense of nature encroaching on your peaceful life, the decisions you make, the way people and emotions are misinterpreted—all of that is the kind of experience and dangerous possibility I consider when writing about the Midwest. The woods can be a tranquil escape, or an imposing fortress. I had so many adventures wandering in the forests as a child, going hiking and camping. But I can also remember seeing a man plummet to his death off of the St. Louis arch, his parachute tangling in the friction of the metal legs, a sheen of blood as wide as the base. A lot of what Ron Rash and Daniel Woodrell write feels very familiar to me, whether it’s set in Kentucky or Missouri. It’s a similar setting, one that I think is very compelling. And even though my story “Garage Sales” is more “suburban” I tried to find a way to pull nature in.

Why do you believe there has never really been a regionalist push for Midwestern writing in the past like there has with the South or even the West Coast?
That’s a great question. Where the south had the grotesque and Flannery O’Connor, I think the Midwest has had a harder time finding a voice, or voices, that really speak to what the Midwest is about. Mark Twain, I suppose, and Woodrell, who I just mentioned. The things I just talked about, are they uniquely Midwestern, or can that identity be applied to the South as well? The Midwest has always been a crossroads, a gateway, someplace where the rivers come together, and a melting pot occurs. The parts of my childhood, having a barbeque out back, heading down to the Mississippi, sports teams, the morality, it’s just as much an American experience, as it is a Midwestern one. I don’t know if a rural, kind, and simple backdrop of the Midwest is accurate or unique. But it’s a great part of the country to live in, I can say that much.

How do you feel about social media to promote your writing, and do you use it?
It feels like a necessary evil, yeah? I’m everywhere—Facebook, Twitter, Amazon, Goodreads, Google Plus, a blog, etc. You just can’t sit at a desk in the dark and write and wait for the world to come to you. I try not to be too pushy about it, but I’m 45 and only got serious about writing five years ago, so I always feel like I’m racing the clock. If you weren’t bipolar before you became an author, you probably will be soon. I think that overall, social media is a good thing, a way for people to connect, a way for struggling and emerging authors to get a bit of attention, to take back a little bit of the power from the big presses and use it to promote their work. It’s tricky to find that balance between obnoxious and humble, all the while trying to share and sell and promote your writing.

Favorite book?
Man, that’s impossible. But if I had to pick one that recently blew my mind it would probably be Blood Meridian by Cormac McCarthy. He’s a unique voice, not for everyone, and I do struggle at times to comprehend his elusive prose, but he is a lyrical genius, hypnotic, and not afraid to lay it all out there, the violence and desperation, all told with the authority and confidence of a god. I haven’t read all of his work yet, but Blood Meridian is a powerful novel.

Favorite food?
Wow, I love food about as much as I love books. I could easily say Thai or Chinese, because a good curry or Kung Pao Chicken—I could eat that every day. But if we’re staying focused on the Midwest, I’d have to say the ribs my dad used to make down in St. Louis. He passed away last year, but my brother and I try to carry on the tradition. Maull’s is a great barbeque sauce, and pairing that with potato salad and deviled eggs, garlic bread slathered with butter, and a big old container of sun tea—man, that is just a meal that feels like love, if you know what I mean. It has that depth and history and honesty that really grounds me.

If you could have coffee (or tea or a beer) with any literary figure, alive or dead, who would it be?
I’m sure most of your readers don’t know him, but Will Christopher Baer is a man that has influenced my writing as much as anyone. His trilogy (Kiss Me Judas, Penny Dreadful, and Hell’s Half Acre) are a huge influence on my style of writing. He’s out there somewhere, still teaching down in Tennessee if my information is correct, but he’s gone quiet, off the grid, a new book (Godspeed) supposed to be out years ago. I’d love to just sit and talk about what motivates him, his craft, the way he writes, the tone, the perspective—all of that. Just pick his brain and sit at the feet of a master. If you’re out there, Chris, drop me a line! He’s brilliant, go read those three books and then share in the pain of a gifted living author that has imploded and gone silent.

Where can we find more information about you?
You can find out about my other writing, my novel and short story collections, and all of my social media haunts, over at my blog, http://www.whatdoesnotkillme.com. Thanks for the support here at Midwestern Gothic. I’m thrilled to be in your pages.