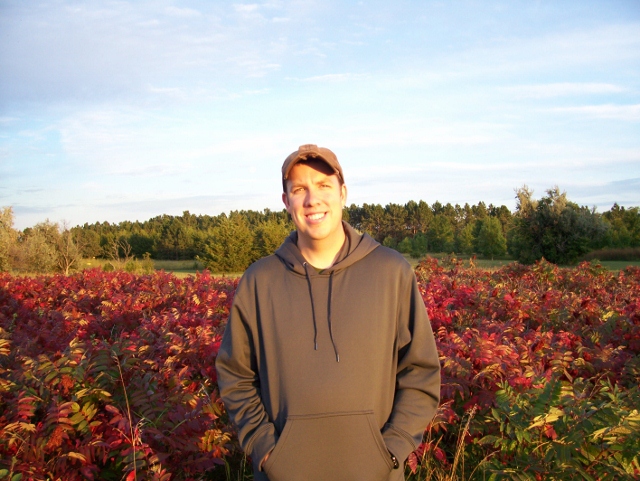 How long have you been writing?
Not counting the bad poems in high school? If not, then since my junior year in college—so about 16 years.

What’s your connection to the Midwest?
I was born and raised in Sleepy Eye, Minnesota, and I attended colleges in Minnesota and South Dakota.

How has the Midwest influenced your writing?
Nearly every poem and story is set in Minnesota, South Dakota, or North Dakota. I know the region best and love it best. Also, in most of my poems and stories the wind is blowing.

Why do you believe there has never really been a regionalist push for Midwestern writing in the past like there has with the South or even the West Coast?
Because there’s a preference given to the bigger literary centers. Because people mistakenly think nothing much happens in the Midwest. Because the region isn’t exciting.

Blizzards, straight-line winds, tornadoes, and 60-degree temperature swings are exciting to me.

How do you feel about social media to promote your writing, and do you use it?
I think it’s a great way for writers to build an audience. I use Facebook and Twitter to share publications where I have work appearing.

Favorite book?
The Things They Carried, by Tim O’Brien. I’ve read it probably a dozen times and taught it a couple of times.

If you could have coffee (or tea or a beer) with any literary figure, alive or dead, who would it be?
Tim O’Brien—a fellow native Minnesotan.

Where can we find more information about you?
http://undergrad.umhb.edu/english/profile?l=Hansen&f=Nathaniel