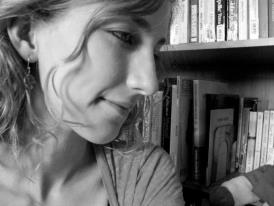 How long have you been writing?
This is such a loaded question for a writer. Who didn’t write ridiculous stories when they were young? I wrote one about a ballerina who farted on stage and her embarrassment was brutal and crippling. But serious, adult attempts at writing. Those have been going on for about six years.

What’s your connection to the Midwest?
Born and raised in Grand Rapids, Michigan, I have lived in the West Michigan area for all but a year.

How has the Midwest influenced your writing?
The Midwest has a beautiful grit. Decrepit barns, trailers blown apart by winter, cars rusted out and still running. And the people reflect this. The best of them are tough and humble and hardworking. The worst are obnoxious and devious and selfish and inhale Bud Light and then, drunk, shoot .22s from their back porches. This wonderful dichotomy fascinates me.

Why do you believe there has never really been a regionalist push for Midwestern writing in the past like there has with the South or even the West Coast?
I wouldn’t begin to know how to answer this question succinctly. The Midwest is not romanticized. To many people outside of the region, the land and the people are blank and uninteresting. But this is what such magazines as Midwestern Gothic are trying to remedy.

How do you feel about social media to promote your writing, and do you use it?
Social media has become necessary for promoting writing. It makes small-press writers and writing more accessible to the general public, and creates a more friendly and inclusive literary culture. I use Facebook, Twitter, and Goodreads regularly.

Favorite food?
Sushi. All day, every day (if I could).

If you could have coffee (or tea or a beer) with any literary figure, alive or dead, who would it be?
Annie Proulx, even though I get the impression from interviews that she is not the most companionable person, especially with strangers who fawn all over her, which is what I would most certainly do.

Where can we find more information about you?
My website, hazelfoster.com.