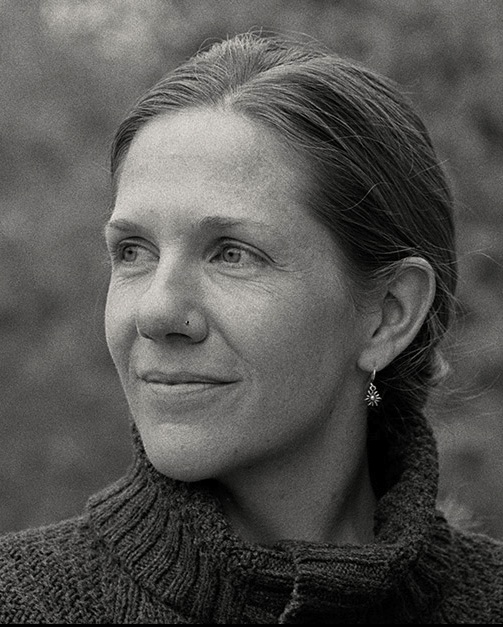 How long have you been writing?
My earliest writing memory is from about age 5 or 6. Debbie, a neighbor girl who was really too old to be my friend, but humored me, told me about a book she’d read, The Trumpet of the Swan by E.B. White. With a very basic plot summary, I wrote “Henry Humbug” sitting at the kitchen table in my Nana’s pink, Las Vegas rambler. Henry is injured by a bird and loses his ability to hum, so his dad buys him a harmonica. I see now that by stealing White’s plot, I was copying a master to learn craft, albeit in a rudimentary way.

What’s your connection to the Midwest?
I was born, raised, and educated in the northern Midwest, though I’ve been fortunate to travel a fair amount. My family is spread between Fargo, North Dakota, Minneapolis, Minnesota, and La Crosse, Wisconsin. I live in Minneapolis now.

I don’t know anything about farming, so for me, this is a land of woods and waters. My grandparents had a cottage on Lake Eunice in northwestern Minnesota; we drove the Mississippi River Road several times a year between the Twin Cities and La Crosse; my family kept a sail boat on Lake Superior; and this spring I bought a kayak. I realize the Midwest is so much more than that, but that is what I love about this place.

How has the Midwest influenced your writing?
Having grown up here, this is the place and these are the people I can write about because I know them. I don’t have to do research, or worry that someone will find my portrayal inauthentic. I believe by writing what we know, we free ourselves to explore what we don’t know.

That said, I also think to write what we know requires some distance of either time or space. I may know this place, but I try to see it through the outsider’s perspective. A big part of that is seeing what was from where I am today. If I visited the places of my childhood now, I’d fixate on what has changed. It’s better to create a town based on my memories of the Holmen, Wisconsin, Fourth of July parade, 1982. For me, those memories capture an experience of people and place that I can’t relive—even if the Fourth of July parade is essentially the same, I’ve changed.

And, I think the Midwest is a great place to explore the Gothic. I’m interested in and moved by characters in quiet trouble, and writing in which the subtext is disconcerting. Here, we joke about “Minnesota nice.” Everyone is friendly in a polite, neighborly way, but in reality we are more closed-off than we’d like to think. Behind every “nice” face is the potential for a story full of trouble. I think that gets at the notion of the Gothic.

Why do you believe there has never really been a regionalist push for Midwestern writing in the past like there has with the South or even the West Coast?
My theory is that the Midwest lacks the glamor and controversy of other regions. When you name those places, associations jump to mind—the Civil War, the Big Apple, Hollywood, etc. When you say Midwest, most people either draw a blank or think Little House on the Prairie, Bread Basket, Dairyland. In The Great Gatsby, Nick Carraway comes home to the Midwest to rest after the exhaustion of the East Coast—doesn’t that say it all?

How do you feel about social media to promote your writing, and do you use it?
My main writing project over the last several months has been learning to use social media effectively. I resent it somewhat because it takes away from my creative time, but I realize it has become a necessary tool. I’ve got a some blogs now and a start on Twitter and Google+. My hope for all this is to find or create places where I can connect with a community of readers and writers. I am impressed by the number of people connecting and sharing resources through social media, and I love the amount of support I’ve encountered so far.

Favorite book?
I can’t pick a favorite, but some books that have wowed me: The Poisonwood Bible by Barbara Kingsolver, The Death of Vishnu by Manil Suri, Angelica by Arthur Phillips, and just a couple of weeks ago, I read Where No Gods Came by Sheila O’Connor. I know Sheila, so it was a treat to tell her that I was teary eyed at the end of her book. She apologized for making me cry, then we had a great conversation about her characters.

If you could have coffee (or tea or a beer) with any literary figure, alive or dead, who would it be?
Can I have a dinner party? Christine de Pisan, Edith Wharton, Beatrix Potter, Virginia Woolf, Doris Lessing, Flannery O’Connor, Alice Munro, and Barbara Kingsolver. There. How’s that?

I’m interested in not only the brilliant writing these women have produced, but the how and why, the whole social-political-cultural context surrounding these women’s lives and works.

Where can we find more information about you?
www.alidawinternheimer.com
@alidawintern