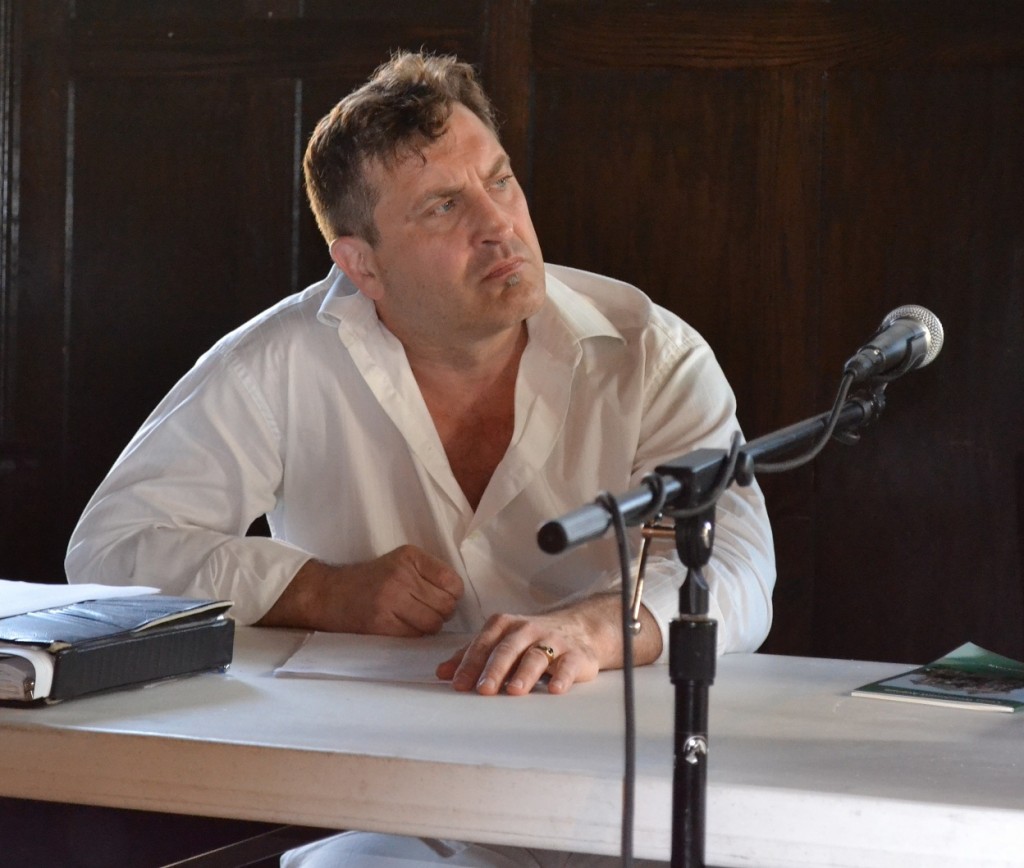 How long have you been writing?
It seems like my whole life, but seriously about 30 years or so.

What’s your connection to the Midwest?
I was born in Detroit and raised in the metro Detroit area. My father worked at Ford’s and my grandfather as well, at the Rouge Plant. My parents later bought a bar in Ohio, where I spent the formative years of my life working. Detroit and the Midwest are in my blood.

How has the Midwest influenced your writing?
It’s what I know. I lived out east in upstate New York and the Boston area for several years, so I can appreciate the spirit of the Midwest and its language and customs because of the contrast I experienced. I’ve also traveled overseas quite a bit, so the unique sense of being Midwestern is very real to me.

Why do you believe there has never really been a regionalist push for Midwestern writing in the past like there has with the South or even the West Coast?
Midwesterners do not have the tradition of literary breeding like New Englanders or the Gothic guilt of Southerners or the trendy hipness of West coasters. But we have some great writers now emerging who are capturing the mythic nature of being a Midwesterner. The “Mid” has, I believe, worked against us, being in the “middle,” neither here nor there, and certainly not really “west.” I think it’s an identity issue we have to forge. Traditionally, Midwestern working class poets have done a great job, but fiction writers need to take it to a new level with a great American novel. It’ll happen.

How do you feel about social media to promote your writing, and do you use it?
I’m all for it, even if I don’t always understand how to best use it. What did Michelangelo say, “I am still learning.”

Favorite food?
Beer and whatever else is on the menu. I love to cook, especially dishes with chicken and fresh veggies and spices and rice. But beer has to be in there.

If you could have coffee (or tea or a beer) with any literary figure, alive or dead, who would it be?
Walt Whitman. Can we throw in Sylvia Plath, Jimi Hendrix, Homer, Levine, Anne Sexton, Langston Hughes, and Morrison (hell, Toni and Jim) for good measure? Let’s make it a party!

Where can we find more information about you?
All you care to know at http://johnjeffire.com.