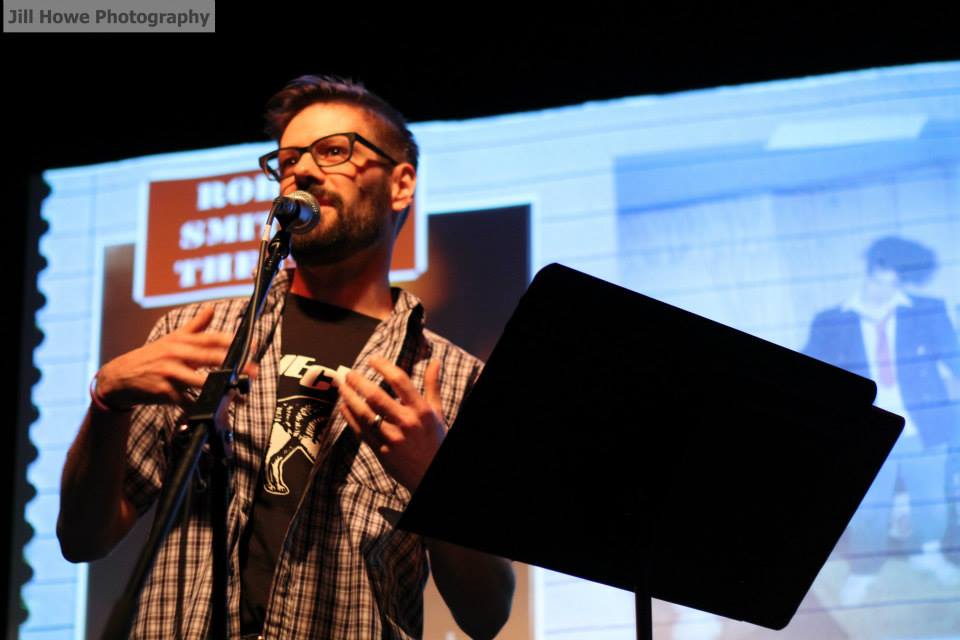 How long have you been writing?
Since the beginning, right? Early elementary school works include The Valentine Thieves, a mystery set in “South America”; Spring Fever, the story of a sick spring-man; and a script adaptation of an episode of the 1980 Danny Thomas sitcom I’m a Big Girl Now. Always some sort of show for my family in the works—I double majored in Theatre & English. A lot of high school and college poetry. Playwriting, solo performance work and creative nonfiction. Fiction is sort of my final frontier even though I have roots there.

What’s your connection to the Midwest?
Both of my parents grew up on Detroit’s east side, and my three younger brothers and I grew up in the northwest corner of the city. My dad liked the abundant green space on that side of town. I’ve lived in Chicago since 1998 minus three years in South Bend, Indiana. The change in scenery and lifestyle in South Bend gave my partner Ernie and I a different perspective and got us out of the bubble that Chicago living can put you in—and my writing is better for it I’d say. I also appreciate Chicago even more now after that chapter. I spent time in Michigan college towns: Kalamazoo where I went to school at Western Michigan, and Ann Arbor-Ypsilanti for a year. We also had property “Up North” in Manton near Cadillac where we’d camp—or we’d stay at this little motel called the Irish Inn. Ernie’s from Detroit too, though we met in Chicago, so going home for the holidays is the same for both of us. Detroit (and Michigan as a whole) used to be a place that wasn’t quite cutting it, a place for me to get away from. But as I wrap up my 30s, I feel firmly planted in both cities.

How has the Midwest influenced your writing?
The distinct change in the seasons here offers four solid settings to work within. I was born into the Scorpio side of a Michigan October which may contribute to my penchant for the haunted nature of our existence. That and my dad taking my brother out into the woods near our house at night where he’d try to convince us he just saw the Headless Horseman. The Midwest to me has its particular brand of clashing ideas. Our first house on its huge corner lot with its towering blue spruce trees, and the woods, polluted Rouge River, and field across our streets made it like growing up in the country within the city. Michigan is filled with political and cultural extremes, socio-economic differences, its struggling urban centers and brilliant rural splendor, and this whole other peninsula that may as well be another planet to us Detroit kids. In South Bend, our side of the street was part of the Historic District, while the other side was not—and you could tell. And Chicago is several cities in one with all its different neighborhoods. This all makes life interesting, and hopefully at least on a subconscious level gives my fictional characters and the ways I approach true stories an edge and complexity.

Why do you believe there has never really been a regionalist push for Midwestern writing in the past like there has with the South or even the West Coast?
Maybe it’s because we’re considered too “normal” (by both ourselves and the rest of the country)? As in we’re considered ground zero for “Middle America” and that’s not sexy enough. Like all those other regions are “the other” and we’re just not. But we have our eccentrics and joys and problems just like everyone else. I think it’s also our job to find compelling beauty in the quiet, to turn “normal” on its head. We don’t have to swoon in the Savannah heat or get lost on a New England back road or hang ten off Malibu Beach to do that.

How do you feel about social media to promote your writing, and do you use it?
It’s a vital and legitimate tool for sure. I’m not selling a bunch of books at this point, but I do use it to promote published essays and storytelling/live lit events I’m a part of. My main site/blog is at WordPress and I have a Twitter and a personal Facebook (I’m not cool enough for a writerly “fan page” yet.) I have a Tumblr as well, which his more for fun. I feel like I’m of an age where I can still easily embrace different online avenues and technologies, though I don’t go crazy and there is still more to learn. I also use it to learn about and from other writers and about various publications and presses.

Favorite book?
John Irving’s A Prayer for Owen Meany made me afraid of fiction (especially novels) for a while because I thought it was so perfect so why bother. I read The Catcher in the Rye when I was a freshman in high school as one should. A Midwest shout out to Patrick Somerville’s short story collection Trouble.

If you could have coffee (or tea or a beer) with any literary figure, alive or dead, who would it be?
Tennessee Williams—at various stages of his life. I’ll leave Salinger alone, though. John Irving too, though his answers to reader questions on his Facebook come close. Anne Rice and L. Frank Baum.

Where can we find more information about you?
My online HQ is at www.michaelvankerckhove.com. Twitterness @mvankerckhove