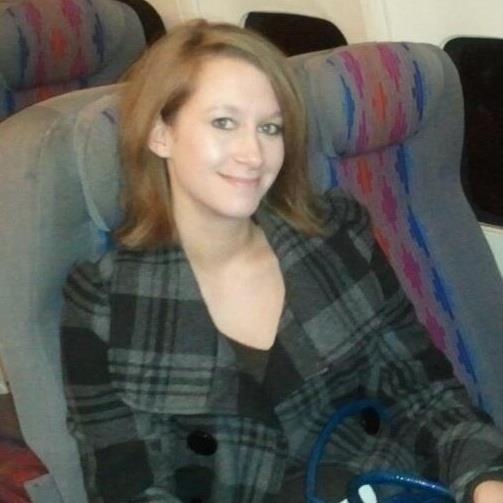 How long have you been writing?
I can’t remember a time that I didn’t write. In first grade, I wrote a spin-off of If You Give a Mouse a Cookie,called If You Give a Bunny a Carrot. In second grade, I wrote a slew of books that my teacher laminated and bound, one of which was about a menacing toilet that kids had to rid the school of. In fourth grade, I wrote a long piece about three girls who had a time machine and traveled to different places. My topics have matured a bit since then.

What’s your connection to the Midwest?
I grew up in Norwalk, Iowa, a city of about 8,000 people just south of Des Moines. I spent the five years after high school in Des Moines, where I received my undergraduate degree at Drake University. Now Chicago is my home, where I am finishing up my MFA at Columbia College.

How has the Midwest influenced your writing?
The biggest influence the Midwest has had on my writing is setting. I so badly wanted to get out of Iowa and now it’s all I can write about! My novel takes place in a very small southern Iowa town where my grandparents live. It’s also the setting of the nonfiction piece that is in Issue 11. I have stories set in Des Moines, but also in Chicago. If I ever leave Chicago, will it be all I write about?

Why do you believe there has never really been a regionalist push for Midwestern writing in the past like there has with the South or even the West Coast?
The rest of the country calls us the “Flyover States.” Little do they know, the Midwest is ripe with fascinating people, beautiful scenery, history, life, heart, and darkness, just like any other part of the country. That’s one thing that really drew me to Midwestern Gothic—the focus on the Midwest—and not just typical, everyday life but the darker, unseen parts of it as well.

How do you feel about social media to promote your writing, and do you use it?
Social media is crucial if you want to get your name and work out into the world. Through Facebook, I share my work with friends and family, and with people I don’t know on Twitter. What’s the point of writing if you don’t want to share it with others? I also connect with many, many writers on social media. As solitary as writing is, it’s important to connect with others.

Favorite book?
Favorite books, you say? A Fair Maiden by Joyce Carol Oates (and all of her short story collections), Winter’s Bone by Daniel Woodrell, The Girl Who Fell From the Sky by Heidi Durrow, Native Son by Richard Wright, The Fault in Our Stars by John Green, Still Alice by Lisa Genova, The Devil’s Highway by Luis Alberto Urrea, A Home at the End of the World by Michael Cunningham, Imani All Mine by Connie Rose Porter, Desperate Passage by Ethan Rarick, and anything by Sherman Alexie, Edgar Allan Poe, Junot Diaz, Roald Dahl, Anton Chekhov, and Michelle Moran.

Favorite food?
I love fruit, pizza, and cereal, or maybe those are just what I’m hungry for right now.

If you could have coffee (or tea or a beer) with any literary figure, alive or dead, who would it be?
I’d meet up with Edgar Allan Poe at his favorite bar and have whatever he’s having. I like to think he liked the hard liquors, so I’d have a vodka or brandy with him. He’d tell me where he came up with his story ideas, recite his creepy dreams, and I’d be a kind of therapist to him, and he’d smile, and wear a yellow shirt for once, but he’d still write the creepiest stories of all time.

For a good five years, I would have chosen Joyce Carol Oates, but now that she dominates my Twitter feed, I feel like I’ve already met her.

Where can we find more information about you?
I have a website: www.mikaelashea.com, I’m on Facebook, and my Twitter handle is @mikaelashea. I also recently launched a literary journal, 3Elements Review, where I blog a couple of times a week about writing, writers, and what I’m reading.