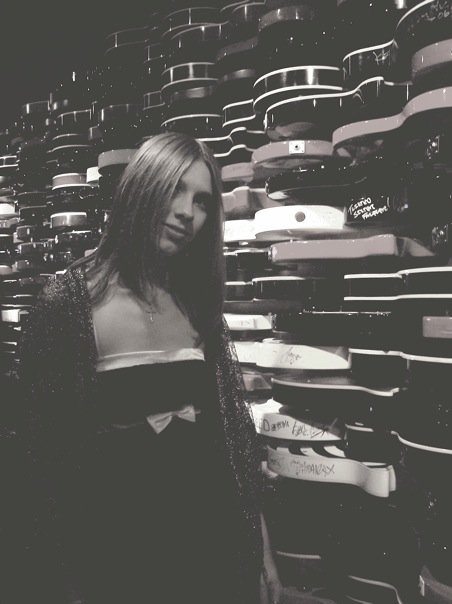 How long have you been writing?
Since I could hold a pencil. I’ve been scribbling stories since elementary school. I pretended to scribble stories before elementary school, but sadly, they were only pages of wavy lines, since I could not yet write the alphabet. I majored in creative writing in college and then got an MA in literature. I hated every minute of that. I’m not that enthusiastic about tearing literary works apart. I’d rather enjoy them and learn technique from them. After that, I realized I was going to be a writer and that was all there was to it. I applied for MFA programs and never looked back. You could say I’ve been writing “professionally” since then, roughly 2008, but I’ve been writing the whole time. With a name like Katherine Graham, a writing career was almost pre-ordained.

What’s your connection to the Midwest?
I’m a Michigan girl, born and raised just north of T-town (that would be Toledo, Ohio, to the uninitiated), I celebrate U of M football year-round, my high school mascot was a mule (how Midwest can you get?), and, in adulthood, the farthest I’ve managed to move from my home is Cleveland, Ohio. While vacationing, I have never been farther west than Chicago, farther south that Washington D.C., or farther east than New York City. The Midwest is pretty much all I know, along with a smattering of east coast. It’s the world, essentially.

How has the Midwest influenced your writing?
I’ve gained all my life experience in the Midwest, was taught about writing in the Midwest, and loved and lost in the Midwest. Everything I do is tinged with my Midwestern perspective. My life is compassed by how many cornfields and Meth Watch signs I’ve driven by, how many dilapidated barns. My dialect affects my narrative voice and that’s all bound up in the Midwestern vowel shift. You could probably take the girl out of the Midwest (though no one has succeeded yet) but the Midwest will never leave the girl.

Why do you believe there has never really been a regionalist push for Midwestern writing in the past like there has with the South or even the West Coast?
Because Midwesterners are a bit more private than those places. We don’t snoop and we don’t share. The two biggest crimes in my area dealt with a serial killer who left dead bodies all over his house and a kidnapper who held his victims hostage for years, and you know what? No one noticed. For years. It took an unbearable stench for one and a woman fighting her own way out for the other. We have had our fair share of Midwestern writers who wrote about the Midwest (Hello, Sherwood Anderson!), but no one really noticed that either. It’s all a bit hush hush around here.

How do you feel about social media to promote your writing, and do you use it?
I use social media and I use it to promote my writing. When I got my agent, they sent this whole big packet about the importance of promoting yourself in social media, so it was a choice made for me more than anything. Still, I think it was an importance choice. The internet can be a great asset if you use it correctly. I have a blog, I Pinterest, and I Facebook. I even finally joined the ranks of Twitter, but there’s a lot about social media that still makes me nervous. I try not to talk too much about my private life and I try not to mention the names of my son, niece, and nephew. It’s a scary thing, the internet, but it has its uses. Of course, I’m also the gal whose cell phone (not a smart phone) could not so much as receive a text until a year ago, and the avid reader who does not own an e-book reader. Despite being a Snake Person, I’m very much not in the now.

Favorite book?
Fiction: Black Tickets by Jayne Anne Phillips, Everything Ravaged, Everything Burned by Wells Tower, and The Great Frustration by my fellow Mule Seth Fried

Nonfiction: Death Be Not Proud by John J. Gunther

I also have a great affinity for The Hobbit that existed well before all the Lord of the Rings movie hype (thanks to a certain Freshman English teacher). It was the first real book I ever read to my son. He was 7 months old, elevated in a baby swing on the back porch, and I just read it to him. It’s important to introduce these things early.

Favorite food?
Before I became a vegetarian, it was my mother’s chicken and dumpling stew. Then, after, it was eggplant Parmesan for quite a while. A few years ago, though, I discovered a life-changing recipe and now it’s chickpea and dumpling stew.

If you could have coffee (or tea or a beer) with any literary figure, alive or dead, who would it be?
That’s a good question. I’m not that great meeting people I idolize. As an avid Verve Pipe fan, I babble incoherent nonsense whenever I meet Brian Vander Ark after a concert. I squeed in bliss and stupor the one time Bonnie Joe Campbell tweeted me. When I interned at the Cleveland NPR station, I had the chance to meet David Sedaris and I chickened out. I held a door open for him and didn’t say two words. I may have gaped. It would be better if I didn’t try. Though if I could manage it, would Joss Whedon count?

Where can we find more information about you?
I’m @MrsZuvers on Twitter, MrsZuvers on Pinterest, Kate Graham on Goodreads, and for my fellow crafters, MrsZuvers on Ravelry. Feel free to friend/follow. My blog is located at http://awrittenrecipe.blogspot.com/ and talks about food, knitting, reading, writing, and recently, renovating a century home one small step at a time. My novel, Turnpike, is represented by John Rudolph at Dystel and Goderich, so if you happen to be interested in publishing it (and I hope you are) he would be the one to see.