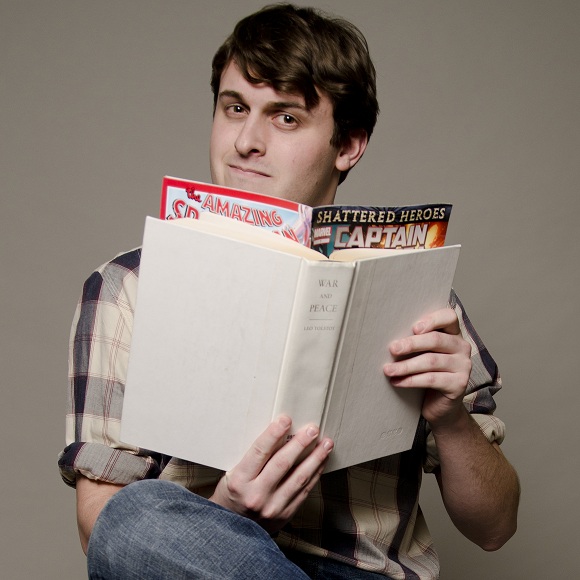 How long have you been writing?
I’ve spent nearly two decades trying to put words before and after other words to make pretty things come out. I didn’t get good at it (assuming that I am now “good at it” – and, really, who knows?) until late 2011. Writing’s been my calling since I was self-publishing Sesame Street fan fiction in my playroom, but in a sense, I’m only a couple years into making it my career.

What’s your connection to the Midwest?
East Coaster by birth, Purdue University Boilermaker by the grace of God (to paraphrase the t-shirt slogan). I’ve been fortunate enough to call the state of Indiana home for a fifth of my life, and even more fortunate to have explored much of the rest of the Midwest through my personal adventures. I really do believe that broad, swollen, thousand-mile sweep of corn is the best thing our country has going.

How has the Midwest influenced your writing?
Immeasurably. Maybe the best example is my first story, “Hard Travelin’” (originally published in Jersey Devil Press). It’s about Village-era Bob Dylan, so even though it’s largely set near New York, the Midwest bleeds all the way through it. I re-read it every so often and it always makes me wish I were back in the Twin Cities. Or in 1961. Either would be nice.

Why do you believe there has never really been a regionalist push for Midwestern writing in the past like there has with the South or even the West Coast?
I know Southerners. I adore the South. But I could never adore the South more than Southerners themselves. Let’s face it—Southern Gothic exists as a genre because the nature of the South requires that it exist. The Midwest is not nearly so self-consumed.

How do you feel about social media to promote your writing, and do you use it?
I’m not notable enough to carry a social media presence. I’ve got a Facebook, I guess. I hate the fact that I have a Facebook. I only keep it around because I’m convinced that going off the social grid in 2014 means transforming into Grizzly Man or post-Berkeley Ted Kaczynski.

Favorite book?
Honestly? Into the Wild. Not because of anything Krakauer wrote, but because I’m one of those naive bleeding hearts who earnestly believe that giving away all of your parents’ money and totaling your Datsun in the Arizona desert are the most beautiful and heroic pursuits on earth. See? Chris McCandless never had a Facebook.

Favorite food?
Kraft mac and cheese. The whole box at once, preferably. Got to get your daily helping of neon orange processed bullshit.

If you could have coffee (or tea or a beer) with any literary figure, alive or dead, who would it be?
Twain. With beer. On a pastoral white country porch. Wearing bolo ties.

Where can we find more information about you?
Okay, so I don’t have a Twitter, but I do have a website. Maxvandevaarst.com.