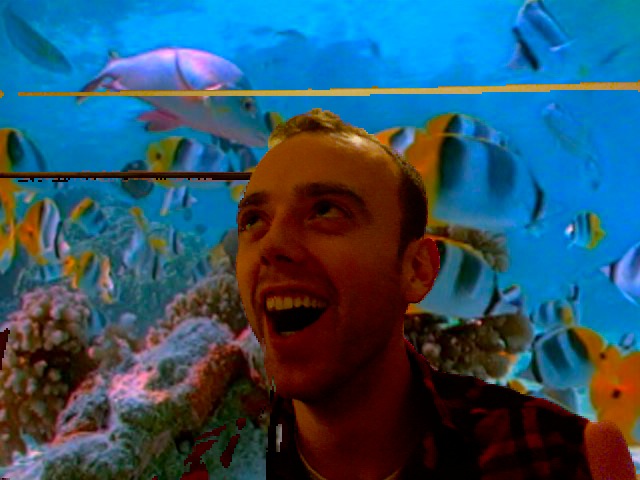 How long have you been writing?
Is there an interesting answer to this question? No. The first thing I loved writing was the letter E. I would write it over and over again, covering any piece of paper I could find. If I would’ve known then that I was in love with the most used letter in the alphabet, I probably would chosen Q or Y in order to seem more hip. EEEEE Who am I kidding? I loveeeee it.

What’s your connection to the Midwest?
I was born in Milwaukee, and I’ve lived here my entire life.

How has the Midwest influenced your writing?
I think that’s a difficult question, because I’m a Midwesterner reading myself. Maybe if I could hire someone from anywhere else, they could tell me, but I have no clue. If I had to guess, I would say that I can’t overstate the importance of bad weather. I spend a lot of time wishing I weren’t indoors, so I’m a neurotic, angry mess for six months of the year. This is perfect for writing pissed-off, pent-up characters, who can’t afford to buy snow shoes.

Why do you believe there has never really been a regionalist push for Midwestern writing in the past like there has with the South or even the West Coast?
I don’t think that the Midwest is sexy enough for people to really care about what goes on here. The South and the West have great, romantic pasts, because they’ve had great, romantic tourists. It’s too cold and flat here, no one wants to be in this landscape. Outsiders look at us Midwesterners and scratch their heads, wondering why we would want to live in such an inhospitable place, but that’s just because everyone else is a big baby and can’t handle a little snow. We will be cool one day, once everyone gets sick of Portland and Vitamin D.

How do you feel about social media to promote your writing, and do you use it?
I think that most writers feel like using social media somehow cheapens the art, but I’m sure that if Joyce or Hemingway were alive today, they would be shamelessly self-promoting on Facebook and Twitter. #statelyplumpbuckmulligan or #whiteelephanthills. I couldn’t care less about it. It’s not even a necessary evil, it’s just plain necessary.

Favorite book?
Anything with a lot of E’s in it.

If you could have coffee (or tea or a beer) with any literary figure, alive or dead, who would it be?
E.E. Cummings. No, that’s not even a funny joke. It would be Roberto Bolano, and we’d be drinking coffee.

Where can we find more information about you?
Brawerlit is the name of a website I started to promote writing in and around the Midwest, with a special emphasis on Milwaukee. Also, the St. Bernard parish rectory of 1997 has a pretty phenomenal picture of me surreptitiously flipping off the photographer, all while sporting the bowl cut of the century.