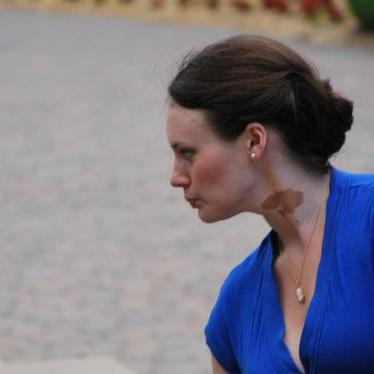 What’s your connection to the Midwest?
My great grandfather taught Shakespeare at the college in Peru, Nebraska. I grew up hearing stories about my mother visiting her grandparents there. More directly, I went to graduate school at UNL in Lincoln, Nebraska.

How has the Midwest influenced your writing?
There was something about traveling through the Midwest by car that always left an impression. Leaving the grid-system of streets in Lincoln and moving out into the austerity of those wide spaces that go on for miles always left me with a sense of the potential and scope beyond the immediate of my daily life; that movement from closed-in-city to wide roads and fields on either side never got old. That sense of the specific nested within something larger is a quality that feels vitally important to good poetry. Its something I aim to bring to each poem I write. The Midwest is, for me, a place where that idea is embodied in the physical spaces, and where I tend to go first in my mind when I’m preparing to write.

Why do you believe there has never really been a regionalist push for Midwestern writing in the past like there has with the South or even the West Coast?
This is a stumper for me, too, but I’ve got a couple of theories. My best is that could be because the people who would do the pushing, Midwesterners, tend to feel that the merits of the region are readily apparent and, anyway, they aren’t prone to gestures of fanfare. It might also be that the region is so large and developed differently that the South or the West Coast. Which isn’t to say that there hasn’t always been strong literature coming out of the Midwest and about the Midwest. Personally, I’m thrilled that there is now something like Midwestern Gothic and an awareness of the particular literary flavor of the region. I say let’s keep a great thing going.

How do you feel about social media to promote your writing, and do you use it?
I have a lot of friends in various parts of the country, and I use social media to stay in touch with them; I’ve never thought of it as a tool for promoting my work, exactly, and I’m not sure I’m ready to start. I know that some authors are successful at negotiating a public image online, but I still think of such things as a means of keeping in touch with friends and family, primarily. I’m also guilty of a pretty haphazard approach to managing my facebook and twitter account. Also, there’s something about building and maintaining a professional online identity that feels a little like a writer’s trap: endless opportunities for revision and angsting about something that feels like writing but actually isn’t.

Favorite book?
This is like asking me to pick a favorite child. Right now that’s a tie between Rebecca Solnit’s Field Guide to Getting Lost and Nick Flynn’s Another Bullshit Night in Suck City, but I will keep re-reading Portrait of the Artist as a Young Man by James Joyce (or anything by him) forever.

Favorite food?
Waffles with Nutella and peanut butter are severely under-appreciated as a breakfast food.

If you could have coffee (or tea or a beer) with any literary figure, alive or dead, who would it be?
The ‘living or dead’ insertion in this question always pushes me toward fantasy, like spending hypothetical winnings when you realize you’ve been gifted a lottery ticket for Christmas. My thinking usually goes ‘since we’ve got this magic ability to resurrect, why stop at one? Why not a party?’ and from there things just get out of hand. If I had this magic ability, I might be greedy with it, but if there were some wish-granting wizard swatting my hand, saying ‘just one,’ I’d definitely want bourbon on the rocks with Joan Didion.

Where can we find more information about you?
I will refer the gentle reader to my twitter handle @JenniferMDean with the proviso that they read answer #5 and lower their expectations accordingly.