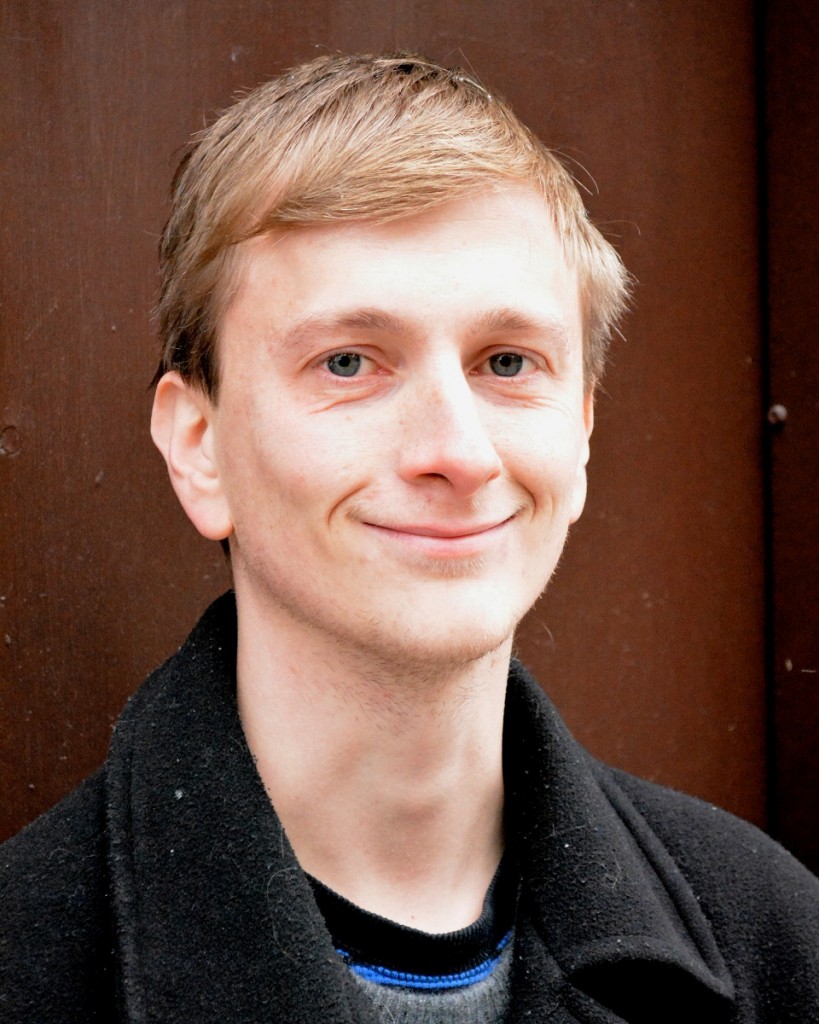 How long have you been writing?
For as long as I can remember. I have only been writing anything good for the past three or four years, however.

What’s your connection to the Midwest?
I am from the Twin Cities, went to the University of St. Thomas in St. Paul, and lived for two years on the southside of Minneapolis. My Midwestern roots run deeper than that, though. My dad is from the Illinois side of the Quad Cities, and my grandmother was full-blood, Bridgeport, Chicago-Irish. My mother is from southern Minnesota, not far from the Driftless Area. My family has been in the Midwest for about as long as we’ve been in this country, quite honestly.

How has the Midwest influenced your writing?
Originally, it was a bit of a cop-out. It was “write what you know.” I knew Minneapolis very well, so it was a natural place for me in which to set stories. As I’ve written more, I have found myself drawn more to my extended family’s history in the Midwest, which is a story of the rural Midwest, and—I suspect—a story about the Mississippi and how it influences people.

Why do you believe there has never really been a regionalist push for Midwestern writing in the past like there has with the South or even the West Coast?
There are a number of reasons.

First, Chicago is in a different stratosphere. On the coasts, you have multiple centers of gravity for writing—multiple centers of publishing. In the Midwest, you traditionally had one. And I think that for a long time, if you wanted to be a writer in the Midwest, you had to go through Chicago first. So, Midwestern writers became sort of “de facto” Chicago writers. That has certainly changed, since writers can publish remotely now, without needing to be physically near their publishers.

But I also think that the Midwest is incredibly diverse, which goes underappreciated, and this makes it tough to mobilize a region-wide literary movement. If you look at the Southern Gothics, you have common strands between all of the writing—the legacy of slavery, for instance, or the legacy of the Confederacy. For Midwesterners, it is much tougher to distinguish what we all are—singularly—“about.” It’s tough, for instance, to identify a common aesthetic between writing that comes from the UP and writing that comes from, say, Kansas City.

This all seems to be changing, though. We have most of the Big Ten schools and a number of small, private colleges in the Midwest, many of which operate presses. So in any Big Ten city you’ll have an immediate resource for writers to work and to publish. There seems to have been a proliferation of MFA programs recently, too, and plenty of those are in the Midwest, so you have talent in the region where perhaps you didn’t have talent before. I also think that being in Chicago’s shadow has actually been a benefit to creative people in Minneapolis, at least in the long run. There historically wasn’t any burden of expectation in Minneapolis. Writers and other artists could create there without worrying about what they were creating, whether it was “cool” enough, or marketable, because—frankly—it never really mattered.

But the poetic answer is probably that Midwesterners spend so much time trying to keep warm that they don’t have time left to write.

How do you feel about social media to promote your writing, and do you use it?
I’m indifferent, mostly. I think whoever is behind the social media makes a huge difference.

I like when literary journals maintain their online presence through media like Twitter or Facebook. For one thing, it makes it much easier for me, as a writer, to find them. But I really want that online presence to come in conjunction with a printed product that’s attractive and marketable on its own. That’s how a journal that I don’t know much about passes the “smell test” for me on whether to submit or not.

I am a bit hesitant about “online only” journals, without a print component. That is not to say that I don’t think such journals should exist at all. Being an editor is a tough job—one that I could not do—and everybody has to start somewhere. I’m glad that online journals are there for the writers who choose to utilize them. For me, I would rather submit to places that have the track record of traditional, print issues and the resources that it takes to make print journals not only work but also be—on some level—profitable. It takes a lot of page-clicks to create any traction online; it takes a lot of page-clicks to get anybody to read my writing if it’s only online.

In my own life, of course, I use social media, but I’m not very conscientious about personally promoting my writing with it, at least not yet.

Favorite book?
I’ve read—and re-read—American Salvage by Bonnie Jo Campbell over and over again since I bought it for the first time four years ago. I think she is brilliant.

Favorite food?
Anything cheap and readily available. A Juicy Lucy from the 5-8 Club (never Matt’s) if I happen to be home.

If you could have coffee (or tea or a beer) with any literary figure, alive or dead, who would it be?
I think Hunter S. Thompson would make for the most interesting “non-writing” conversation. A.M. Homes is probably the one writer that I would like to talk about writing most with, though.

Where can we find more information about you?
You can find me on Facebook (where I go by Stephan Schriver), or on LinkedIn (where I’m Steve Schriver). If you are a writer, editor, or nonprofit professional, I would love to talk to you.

I am also hopeful of launching a website to promote my writing and stand-up comedy sometime this spring or summer.