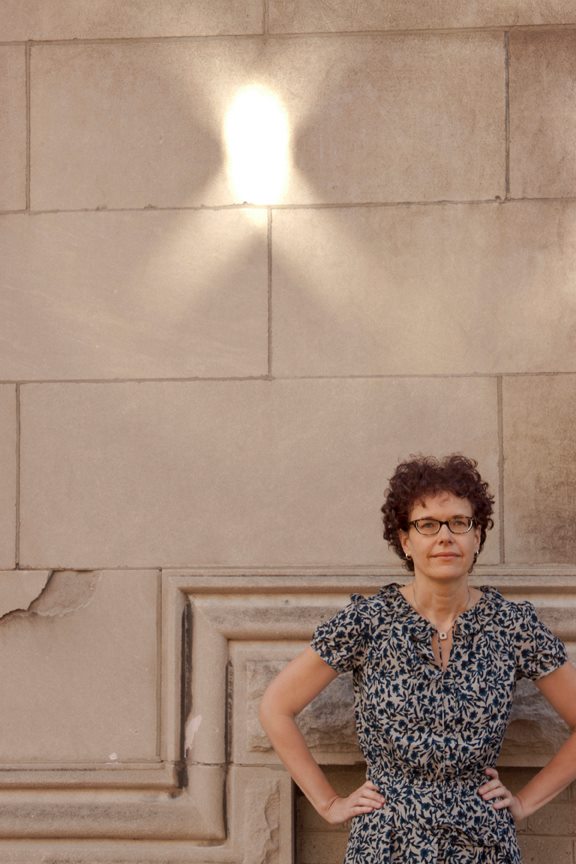 How long have you been writing?
Ever since I can remember. My first story is from preschool. I still have it somewhere. It’s flash fiction and illustrated. “The cow had a calf, and the calf had a fox fur.” I was going in for twists even back then. (Note that this analysis of the piece is intended as a joke.)

What’s your connection to the Midwest?
I’ve always lived in the Midwest, almost exclusively in Indiana, except for a very brief stint in Colorado in the 1990s. I came back pretty quickly and I started crying (with happiness) when I crossed the Wabash River. The Wabash is kind of a big deal in Indiana, because we have this song “Back Home Again in Indiana” that namechecks the river and which is somehow brainwashed into our heads. I’ve moved around quite a bit within the state, especially as a child. My mom had some wanderlust, but also stayed close to home.

I try to fight against some Midwestern things. For example, I’m trying not to apologize for things I’m not sorry about or that aren’t my fault but are inconveniencing people. I have to make a conscious effort not to do that.

One of my friends says that his greatest fear is inconveniencing a stranger for a few minutes and I think that is such a Midwestern fear.

How has the Midwest influenced your writing?
It’s part of me, I think. It’s like my body in that I don’t have a good perspective of what it is to live outside it, although I try to think about it and examine it.

I think Midwesterners are very polite and friendly to strangers, but not necessarily welcoming. I think there’s a strain of dark humor and self-mockery. I always think David Letterman is an exemplary Midwesterner in those regards.

I think the modesty, the humor, the secret darkness that I see in the Midwest influence me.

Why do you believe there has never really been a regionalist push for Midwestern writing in the past like there has with the South or even the West Coast?
We’re so modest! It’s like, “What? Us? Special?” And then we deflect with a joke. I love that you guys are pushing for this, especially with your angle on darkness, which I see as a part of the Midwest that is mostly overlooked.

How do you feel about social media to promote your writing, and do you use it?
I love social media. I am on Twitter and I have a blog, which I sometimes don’t update enough. I’m on Facebook too, but I use that more on a personal basis.

Favorite book?
The book that is dearest to me is The Hobbit. My dad read it to me when I was very small and I had a dog named Bilbo Baggins. I also had this intense conversation with one of my dad’s friends about reading when I was about 9, which centered on The Hobbit. He talked to me about how imagining things for yourself is what makes reading better than movies. I think a cartoon of the book must have come out around then to prompt that conversation. That conversation is one of the things that made me into a true reader. And I’ve reread The Hobbit many times.

Bilbo is kinda Midwestern, especially before he goes on his trip. Hobbits and the Shire are obviously meant to represent the English and England, but Midwesterners have a lot of the hallmarks of hobbits: suspicion of strangers combined with a veneer of friendliness, conflict avoidance, love of home comforts.

Favorite food?
Oatmeal. I go through phases when I eat it every day for months on end. It is the best breakfast in the world.

If you could have coffee (or tea or a beer) with any literary figure, alive or dead, who would it be?
I find that talking with someone whose writing I greatly admire is usually awkward, to be honest. So I’d just want to meet one of the great wits, someone who was known for being hilarious and the first person that comes to mind is Oscar WIlde. I’m pretty sure he would just talk about himself and make a bunch of jokes and I would be pretty happy. Other writers who would probably talk a lot and make me laugh include Stephen Fry and Dr. Johnson.

Where can we find more information about you?
My blog is at www.jenbingham.com and you can also find me on Twitter @jen_fu. I’m also the Poetry Editor and a frequent contributor at Punchnel’s.