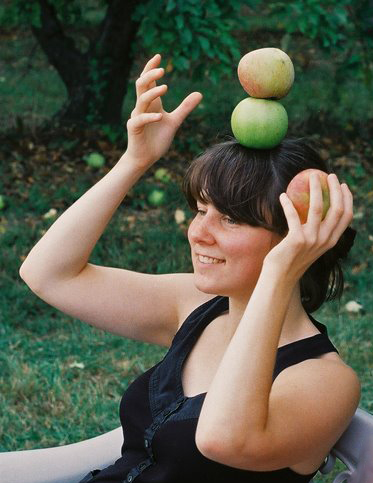 How long have you been writing?
Technically since I was in 5th grade and wrote my first fanfiction (Animorphs, and yes the main character was just me-but-better). I wrote a lot of short prose pieces during high school, but I didn’t get into poetry until college, when I started to get exposed to poetry that wasn’t just Shakespearian sonnets and Coleridge. I went to undergrad at Southern Illinois University Edwardsville and I was lucky enough to study under exceptional poets like Allison Funk and Adrian Matejka. They taught me about modern poets, who cursed or referenced pop-culture or talked about places I had been. That was really eye-opening.

What’s your connection to the Midwest?
Born in southern Illinois, currently living in Madison, Wisconsin. Growing up in the woods, I spent a lot of time having adventures in the backyard creek and really laying down roots in Midwestern soil. My childhood is marked by a literal distance from other people, but a firm closeness to the landscape.

How has the Midwest influenced your writing?
In lots of ineffable ways, probably, but some effable examples would be the images I draw on. I grew up in a rural area where no snowplows would come, because we didn’t belong to any city. It’s a lot of slow dealing and long growing seasons. A lot of the physical things I talk about come from this—floodplains, buildings that have been abandoned for decades, pockets of old-growth forests. But the Midwest isn’t just cornfields and cicadas—it’s also repression and loneliness and inescapability. I think a lot about burnt-out people I know, who lived their whole life in the Midwest and regretted it, or who come from a city smaller than my graduating class. There’s something in the long drives between rural towns that is essentially Midwestern. And the Midwest is farmland, yeah, but it’s also big cities and suburbs. The events happening at Ferguson are as Midwestern as harvesting soybeans. Drunk driving rates in Wisconsin are as Midwestern as fireflies in the evening. I get catcalled walking home about once a week, and that’s the Midwest too. All of these things have influenced my writing.

Why do you believe there has never really been a regionalist push for Midwestern writing in the past like there has with the South or even the West Coast?
That’s practically a dissertation topic! And one I’m particularly poorly informed to answer. The West Coast and the South are pretty sexy locations, though. It helps that in a broader media landscape, both of those regions have a strong presence and a lot of imagery and tropes associated with them. Comparably, the Midwest isn’t on a lot of people’s minds. When people think of the Midwest, they think long empty plains and people with slight accents. We have to prove that the Midwest has a flavor.

How do you feel about social media to promote your writing, and do you use it?
I love it! Why, do people not like it? I use it, and I think it’s a great resource. You can reach so many people you wouldn’t normally, and keep up with them more effectively. My website is a great place to learn things Of Substance about me, but if you really want to see a day-by-day snapshot, you check twitter. It’s the salon of the modern era.

Favorite book?
The Haunting of Hill House by Shirley Jackson.

If you could have coffee (or tea or a beer) with any literary figure, alive or dead, who would it be?
I’d have coffee with Sherman Alexie, because he seems like he’d be easy to chat with and not make a big deal about being a total badass. For most authors I’d probably just run out of things to ask, and we’d sit in silence like a bad first date. You know? But Alexie seems like he wouldn’t even be awkward to talk to.

Where can we find more information about you?
On my website, JennaStoeber.com. For more up-to-date info, on twitter (@thejenna).