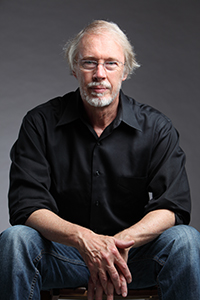 Midwestern Gothic staffer Cammie Finch talked with acclaimed author Charles Baxter about his influences, short story versus novel writing, and the trouble with painting Midwesterners with a broad brush.

Midwestern Gothic: What is your connection to the Midwest?

Charles Baxter: I was born in Minnesota and went to college there. My first real job was in rural Michigan. I’ve taught in Detroit and Ann Arbor and now have returned to Minnesota and teach at the University of Minnesota, in Minneapolis. Most of my emotional memories are in the Midwest, and it’s my “imagination’s home,” to use a phrase that I stole from William Maxwell.

MG: You have a lot of experience as both a short story writer, as in your
collections “Gryphon” and “Believer,” and as a novelist. Which do you prefer writing: novels or short stories? How does the process of preparing and writing look different for each?

CB: All writing is difficult. Novels tend to require more preparation, just because they often involve social histories, and you can’t make social histories up. I prefer writing short stories because you don’t lose so much of your life writing them, and I like their economy and the poetry that goes with it.

MG: In your piece “A Relative Stranger,” you comment that “most landscapes, no matter where you are, manage to keep something wild about them, but the land in southern Michigan along the Ohio border has always looked to me as if it had lost its self-respect some time ago. This goes beyond being tamed. This land has been beaten up.” How do you think the Midwestern population has dealt with recent financial, political, and geographical blows? And how do you articulate the mentality of these people in your work?

CB: You’re asking me a sociological and historical question, which I’m not competent to answer. I can’t speak for the “Midwestern population.” There are many, many Midwestern populations, including several I can’t speak for, like the Native people. A novelist and short-story writer can only deal with populations individual by individual. I try to find or imagine a person who interests me and who’s lively and volatile. Then I’ll try to bring that person to life. I’m more interested in dramatic action than in “mentality.” What’s that? All I know is what a specific person did at a specific moment. 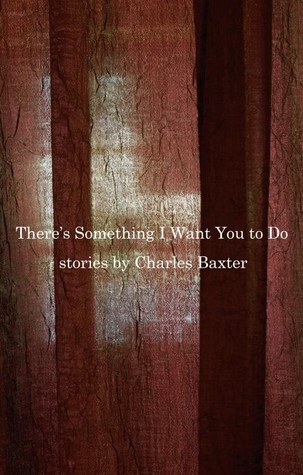 MG: What does it mean to be a “Midwesterner”? Are the people the same in real life and in your stories? If not, how do they differ? How do you characterize them? In your eyes, what is it that Midwesterners desire out of life?

CB: Forgive me, but I have to claim ignorance. I used to claim, very bravely, that I knew what Midwesterners were like, but I’m more humble now. If I were to say that Midwesterners are laconic and like to keep secrets, you could immediately think of exceptions. A farmer in North Dakota is not like an investment banker in Minneapolis; they share almost nothing except geography. It’s a mistake to claim that geographical proximity makes them similar.

MG: You received your PhD in English with your thesis on Djuna Barnes, Malcolm Lowry, and Nathanael West. What fascinated you about these three writers specifically, and how have they influenced the way you write your own work?

CB: I loved how ambitious they were, and I loved their elaborate, intricate styles. All three were desperate, go-for-broke writers. In their novels they threw every chip on the table. They emptied their pockets. They had great daring, and they were smart. Their fictional characters were passionate and wild and loving and despairing. Nothing those writers did was safe. How I loved all that! I still love it.

MG: As a professor of creative writing, what is one piece of advice you have for new writers?

CB: If you love it, don’t quit. Be stubborn and implacable. If you don’t love it, if writing seems like a terrible chore, then find something else worthwhile to do.

CB: My next book, a group of linked stories, titled There’s Something I Want You to Do, will be out in February. The first five stories—“Bravery,” “Loyalty,” “Chastity,” “Charity,” and “Forbearance”—cover some of the virtues, and the next five stories (with some of the same characters) “Lust,” “Sloth,” “Avarice,” “Gluttony,” and “Vanity,” cover some of the vices. Most of the stories take place here in Minneapolis, and in almost every story, there’s a request moment. One character turns to another character and says, “There’s something I want you to do.” I’ve always liked stories with request moments: they create a pleasing dramatic tension.

Charles Baxter is the author, most recently, of Gryphon: New and Selected Stories, published by Pantheon in January, 2011. There’s Something I Want You to Do: a Decalogue, will be published in February, 2015. He is also the author of The Soul Thief, published in 2008, by Pantheon, and of Saul and Patsy, published in 2003 by Pantheon. His third novel, The Feast of Love (Pantheon/Vintage), was a finalist for the National Book Award in 2000 and has been made into a film starring Morgan Freeman. He has published two other novels, First Light and Shadow Play, and four books of stories. He has also published essays on fiction collected in Burning Down the House (Graywolf) and Beyond Plot, and has edited or co-edited several books of essays, The Business of Memory, published by Graywolf, Bringing the Devil to His Knees (The University of Michigan Press), and A William Maxwell Portrait, published in 2004 by W. W. Norton. He has edited the stories of Sherwood Anderson, published by the Library of America in 2012. His book of poems, Imaginary Paintings, was published by Paris Review Editions. He also edited Best New American Voices 2001 (Harcourt) and was the judge for the Bakeless Prize in Fiction in 2004. He has received the Award of Merit in the Short Story and the Award in Literature from the American Academy of Arts and Letters, and the Rea Award in the Short Story in 2012. He was born in Minneapolis in 1947, graduated from Macalester College with a B. A. degree in 1969, and the State University of New York at Buffalo with a Ph.D. in 1974, and lived for many years in Ann Arbor, Michigan. He taught at Wayne State University, the University of Michigan, Stanford, and the University of Iowa. He now lives in Minneapolis and is currently the Edelstein-Keller Professor of Creative Writing at the University of Minnesota. His work has appeared in The New Yorker, The Atlantic, The New York Review of Books, and Harper’s, among other journals and magazines. His fiction has been anthologized in Best American Short Stories seven times, eleven times in The Pushcart Prize Anthology, and translated into many languages.