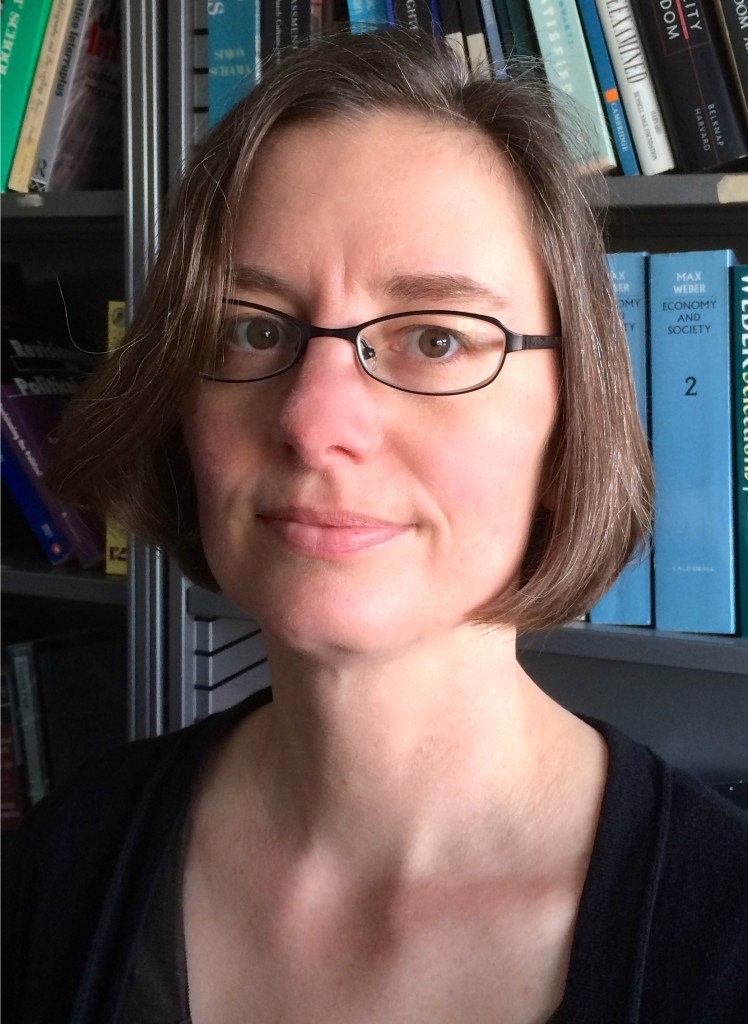 How long have you been writing?

I’ve been writing fiction for about fifteen years. I did a Ph.D. in political theory and felt relieved when that “practical” choice didn’t result in an academic job and I could give myself license to write fiction instead.

What’s your connection to the Midwest?

I’ve lived in the Midwest all my life—Iowa, Illinois, Wisconsin, Minnesota, Michigan and Ohio. I did spend three years in Seattle, where there are hills, and the flowers start blooming in February, but it hardly ever snows, and people think seventy-five degrees is hot. I didn’t miss the Midwest’s flat terrain, but I did miss the extreme weather.

How has the Midwest influenced your writing?

When I was in high school, my family moved from the suburbs of Chicago to Green Bay, Wisconsin. That was a huge culture shock. Eventually, I realized that many of the differences between these places were about class: the middle-class suburb I came from had a tech-based economy and 98% of the graduates of my public high school there went on to college, while Green Bay’s working-class economy was based on the production of meat, dairy, and paper, and only half of the kids at that high school would go to college. People moved in and out of the burbs all the time. My friends came and went. But everyone I met in Green Bay had lived there their entire lives. This made me feel like I had gone backwards in time, and like an outsider, and for a while I couldn’t wait to get away. But it also made Green Bay visible to me in a way that the suburbs hadn’t been, and made me see the ways in which it had a culture of its own. Most of my short stories are set there, or just north of there, and so is the novel I’m working on right now.

Why do you believe there has never really been a regionalist push for Midwestern writing in the past like there has with the South or even the West Coast?

Midwesterners are too humble (or perhaps unsavvy) to push. We don’t see the point running after filet mignon when there’s perfectly good hotdish available. All those other regions will see the beauty in hotdish, eventually.

How do you feel about social media to promote your writing, and do you use it?

Yes, for sure. It’s more convenient than handing out flyers on the street. I’m on both Facebook and Twitter, but I use them differently. Facebook is for friends and family, or at least people I’ve actually met, and being a good Midwesterner, I try not to post too much stuff those folks might see as bragging. I prefer promoting my friends on Facebook instead. I’m fine with bragging on Twitter, though. Nobody knows me over there.

Well, that changes all the time, of course. My favorite du jour is Margaret Atwood’s MaddAddam trilogy, if I can count that as one book. I love the weave of big questions and rich character development and sometimes crazy language.

This pasta dish my husband makes with smoked salmon and wild mushrooms and cream sauce.

If you could have coffee (or tea or a beer) with any literary figure, alive or dead, who would it be?

Joyce Carol Oates. She has been one of my favorite discoveries on Twitter, the way she tweets all these mini-essays about art and politics and philosophy.