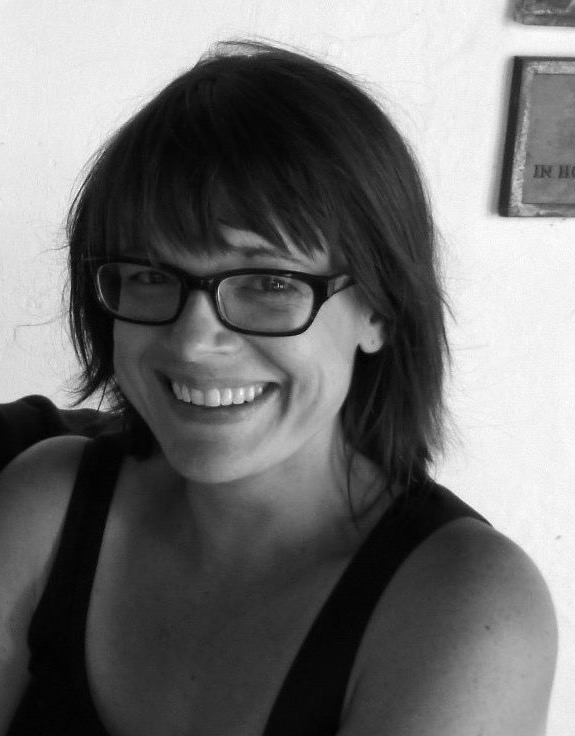 How long have you been writing?
I began writing as a child—stories, mostly. Mostly terrible. I wanted to write a fantasy novel when I was in fifth grade, and probably got about 25 pages in in a little composition notebook. Mostly, what I wanted to do was describe things—I have never once been able to figure out plot, so it’s best that I eventually gravitated toward poetry. I was, and am, always fascinated by the way that the language we use helps shape the way we see the world. Maybe it’s because I grew up in a house that was bilingual, and the nature of language itself was fractured. We grew up speaking English and because one of my sisters is Deaf, we also spoke sign language. What I mean by a fracturing of language is evident in the way we describe speaking—one language was an utterance, the other language was physical. There was always a gulf between what one language could describe that the other could not; there was always the gulf between language and experience. And back in the 1980s, we weren’t considered bilingual in the same way that ASL is now accepted as its own language. But that frisson, between uttered language and manual language was at the core of the way I approached both written texts and oral language.

I didn’t discover poetry, really, until college when I had the privilege of working with Diane Seuss, who’s the Writer in Residence at Kalamazoo College. It was in her classes that I realized that space between experience and language, the inherent failures of language and the power of image and music to point the reader toward that gulf of not-knowing, was where my heart was going to reside, as a writer.

What’s your connection to the Midwest?
I spent almost all of my life in the Midwest, up until this past January when I moved to the West Coast. I discovered early on that the landscape itself was the locus for my emotional understanding of the world—the flat, doe-brown fields of late winter, November trees like frayed nerve endings, thick-aired summer storms that flash the silver underside of oak and maple leaves. The way the air is heavy and redolent; the two-note drone of cicadas in late summer, the way that fields were overtaking abandoned factories and farm silos.

I know for many people on the Coasts, the Midwest is flyover country—trying to explain the Great Lakes to someone who’s never seen them is almost impossible. “Oh, I’ve seen lakes before,” a woman I know in Portland told me. “We have lakes here too.” But not like Lake Michigan, not like Lake Superior. Try to explain to someone, perhaps, who lives near mountains that there is something equally amazing about the soft hills and flatlands of Illinois and the boreal forests of Wisconsin and Michigan, the brutal beauty of Chicago—it’s home. It’s the landscape that shaped my understanding of the world.

How has the Midwest influenced your writing?
The most obvious way, perhaps, is that the landscape itself is central to my poetry. Lake Michigan pushed its wilderness up against my whole life—the mundanity of my childhood suburbs, or the seasonal beach towns of Southwestern Michigan are flush against wave, depth, shipwreck. There are scraps of forgotten woods between factory and river, there are woodthrushes and titmice and grouse and brown creepers.

In a practical sense, the Midwest nurtured me as a writer. I found a remarkable community of writers, artists and musicians in Kalamazoo, Michigan—who didn’t see art as being anathema of practicality; who could sing opera and ride horses, who could write novels and make their own elderberry wine, who made casseroles and knit sweaters and wrote poems and books and supported other writers and artists. There’s a certain personality that comes with being from the Midwest that I think infuses everything I write. A kind of ferocity of spirit. I want to write poems that are earthy and weird and musical but also poems that aren’t afraid of going for the throat, of getting naked and bleeding. I want poems that stand outside the WalMart parking lot and at the lakeshore and that gut a deer and that undo language from the inside out. And there’s also a big part of me that wants to forever write love poems to the place that grew me: the upper Midwest, the beech-maple forests, weeds and possums and city.

Why do you believe there has never really been a regionalist push for Midwestern writing in the past like there has with the South or even the West Coast?
I don’t know, really. Because for me, the Midwest, and Kalamazoo in particular were full of writers and artists and musicians—alongside steel workers and displaced GM workers and farmers. But I think there’s an impression that nothing much happens in the Midwest. Chicago might be the exception, but even there the national narrative seems to be stuck on gangsters in the early 20th century. For me, though, there’s such a deep mythology and magic about the Midwest—steeped in humidity and the juxtaposition of prairie and lake and the opulence of places like Lake Forest, Illinois and abandoned farmtowns and the steel mills along the Amtrak lines between Chicago and Kalamazoo. If there hasn’t been a regionalist push in the past, I feel like there’s one now. There are so many amazing writers from the Midwest making a name for themselves on the national stage right now.

How do you feel about social media to promote your writing, and do you use it?
Maybe it’s the latent, ex-Catholic guilt, but I’m always reluctant to promote myself—and yet, I’m always excited to see my writer friends sharing news of their books, publications, awards. So, I’m working on becoming more comfortable doing so.

If you could have coffee (or tea or a beer) with any literary figure, alive or dead, who would it be?
Sylvia Plath—because one of the things I feel obsessive about is writing from a particularly female point of view. The lyric I, that male gaze that is encompassed in it—doesn’t and has never been the “I” through which I live. So, I’d also (because I’m greedy) like to have a drink with Audre Lorde, bel hooks, Simone de Beauvoir, Edna St. Vincent Millay,–I’d like to have a dinner party with all the women who came before me, who write alongside with me now, who write about babies and sex and the earth and race and trying to find a place where our “I” is as valid and universal as the traditional “I.”

Where can we find more information about you?
I blog somewhat regularly at thelastblueriris.blogspot.com, and am slowly working on an author website.