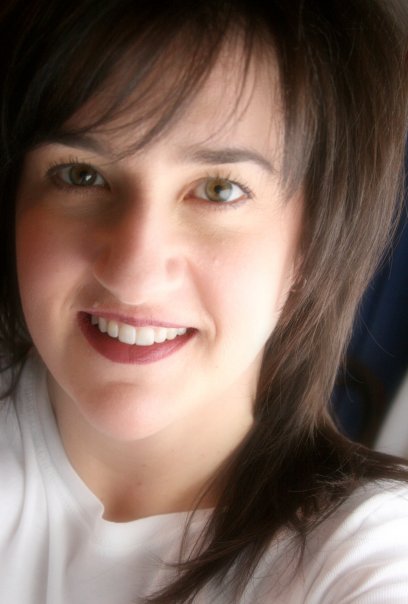 What’s your connection to the Midwest, and how has the region influenced your writing?
I’ve lived in the Midwest all my life (never farther than 20 minutes from where I was born and raised). My parents came from California and Chicago to live in a small Kansas town. And while Chicago is still the Midwest, it’s so much different than where I’m from. I think growing up that way has given me the unique perspective of being both a native and an outsider. I see the things I love, but I also know why they are special because I was raised by people that were noticing all the differences. I can’t help but write about those things. Every year, we drive through Western Kansas on the way to vacation in Colorado. It’s all grain elevators, water towers, and church steeples—bread, water, and God. Some people hate it, but I love it. I start filling in the details with characters and stories. Every year I drive it, my mind fills up with words.

What do you think is the most compelling aspect of the Midwest?
All that space. It’s different for people living in large cities. But in Kansas, even in the larger cities, it doesn’t take long to get somewhere that’s way out in the open. You can stare into the horizon and see what forever looks like. I took for granted that everyone could see to the end of the earth until I started traveling other places.

How do your experiences or memories of specific places—such as where you grew up, or a place you’ve visited that you can’t get out of your head—play a role in your writing?
Memory is everything to me. So is nostalgia. I get haunted by things. Every single story is me trying to keep something alive that is gone.

Discuss your writing process—inspirations, ideal environments, how you deal with writer’s block.
My ideal writing place would be tiny little motels in unknown towns all along an interstate. But that’s not very practical. For many years I’ve written every morning in a spiral notebook. It’s the beginning of every story I write and the place I come back to when I’m stuck. Mostly it’s diary-ish. I collect minutes and hours and days that I want to remember—especially if they feel like a spark for something bigger. I record places and descriptions. But I also use it as a place to talk to myself and work out story problems. I move to a different notebook for drafting fiction though I’ve sometimes accidentally written entire drafts in that first notebook. From there I start typing up fragments into Scrivener and arranging them into stories. But I constantly go back to my original notebook where I talk to the pale blue lines and retell the story over and over and over, working out kinks and searching for that silver thread of poetry.

How can you tell when a piece of writing is finished?
The writing is finished when it only makes me cringe a little. When I can read through the whole thing without saying to myself, “No wait. Not that. That’s not what I meant.” When I start tinkering with a comma or a single word or moving a paragraph up to the top and then back down to the bottom. That’s when I know it’s time.

Who is your favorite author (fiction writer or poet), and what draws you to their work?
Last year I fell fast and hard for Leesa Cross-Smith’s short fiction. I devoured everything I could find of hers online and then bought her debut short story collection, Every Kiss a War. Something about the way she writes—even though her themes are vastly different from mine—makes me want to pick up a pen. I will always and forever be drawn to small towns, slamming screen doors, long trails of cigarette smoke, rumbly trucks and gravel roads and her work embodies all of that for me. On the other end of the spectrum, I also love manor houses and ghostly things. Deanna Raybourn and Alan Bradley are the writers I turn to for that. (Sorry that’s actually three writers, but they all tied with each other.)

What’s next for you?
I’m really in a short story groove right now. I love flash fiction. I love tiny moments that are over just as they begin but light up the whole world in that brief second. I do have several skeletal drafts of novels I wouldn’t mind getting back to, but for now, I’d like to exhaust my short story ideas.

Where can we find more information about you?
I blog sporadically at www.thewrittenpicture.typepad.com and am on twitter: @lindaniehoff. Thanks for having me!