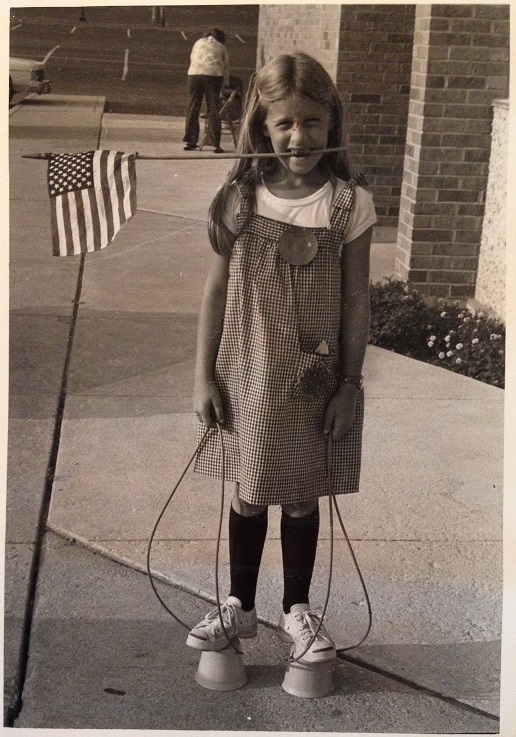 What’s your connection to the Midwest, and how has the region influenced your writing?
I lived in St. Louis, Missouri for many formidable life experiences: moved there when I was five, stayed through college and graduate school, got married and started my family there. My approach to writing is influenced by clichéd stereotypes of the Midwest: hardworking and optimistic.

What do you think is the most compelling aspect of the Midwest?
I’m drawn to the contradictions and complexities of the Midwest. The region is often portrayed as flat and unrefined. An expanse of cornfields and Bud swilling, Fox watching folks. Unfortunately, the right wing has co-opted it for political purposes and whitewashed it as “The Heartland.” True, those aspects of the Midwest exist but it’s also culturally rich, progressive, and diverse. And then there’s Ferguson. As I said, contradictions and complexities. I like to explore the grey areas of my characters as well. Their external selves, internal selves. And the dark places in between.

How do your experiences or memories of specific places—such as where you grew up, or a place you’ve visited that you can’t get out of your head—play a role in your writing?
My piece in this issue, “Deluge,” is directly related to growing up a few miles from the mighty Mississippi River, where it flows past St. Louis’ famous Gateway Arch. The river water—always brown, never clear—is incredibly powerful and smells like a desperate, wet dog. We’d take family trips to the riverfront, stand on cobblestones, and watch the river hurl things swiftly past: bramble and thick tree trunks, long barges full of grain, rotting riverboats. I was repulsed and thrilled all at once.

Discuss your writing process — inspirations, ideal environments, how you deal with writer’s block.
Each piece I write has a different process. “Deluge” started as a poem I wrote for The Grind Daily Writing Series after stumbling on a Wikipedia page about the Great Mississippi Flood of 1927. As with many of my poems, I noticed a strong narrative thread and decided to expand it into a short-short story.

How can you tell when a piece of writing is finished?
I know a piece is almost finished when I’m sick and tired of it. I’ve looked at it too long, futzed with all the sentences, words. I might even know something is wrong but I’m too lazy or too entrenched to make the right changes. That’s when I send it to a group of trusted readers I’ve assembled over the years: former teachers, fellow students, writers from workshops I’ve attended. They’ll get the draft back to me with notes and then I give it one final revision.

Who is your favorite author (fiction writer or poet), and what draws you to their work?
Just as I’m an unapologetic Midwesterner, I’m also an unapologetic Stephen King fan. Even though he writes primarily about Maine, I identify him with my hometown because I read so many of his books by flashlight under the covers of my childhood bed. He was always writing directly to me, his Constant Reader, and he made it safe to go to dark places. His writing is clear, honest, and he doesn’t care what the publishing and writing elite think of him. I won’t argue his well-earned literary merits here, I’ll just say that it’s because of his books that I knew I would be a writer one day.

What’s next for you?
I’m working on a prosey-poetic-fictionalized memoir about mental illness in the suburbs. The Shining meets Revolutionary Road.

Where can we find more information about you?
You can follow what I read and write at: lisamecham.com