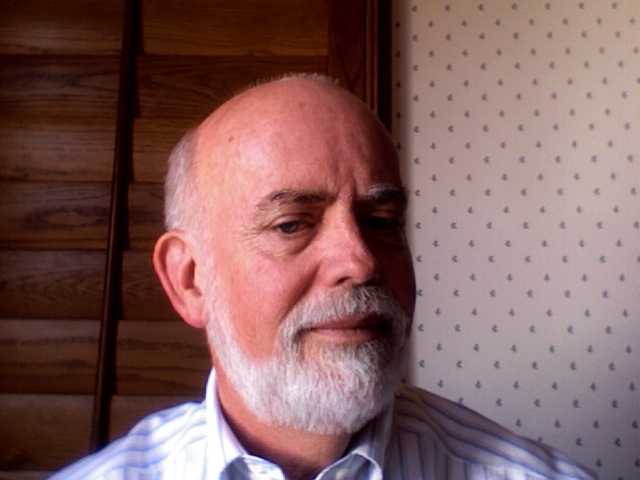 Richard Spilman’s story “What You See Is What You Get” appears in Midwestern Gothic Issue 15, out now.

How long have you been writing?
I discovered the desire to write in college, but for a while, I thought I might go into medicine, perhaps write a little on the side like Dr. Zhivago. But by the time I finished my undergraduate work (1968), I had accepted my doom and from that point on wrote constantly, mostly to no good purpose.

What’s your connection to the Midwest?
I was born and raised in Normal, Illinois, half a block from Main Street and on the banks of Sugar Creek, which served mostly as a storm drain for the city. My father’s people lived in the Boston area and my mother’s near LA for the most part, so I always felt a strange sense of exile at home.

How has the Midwest influenced your writing?
The Midwest has always been my touchstone. When I write about other places, there is always a kind of exoticism in my descriptions, as if those places had somehow violated a norm in interesting ways. As the New York Times reviewer noted about my first book, my characters tend to be ordinary people, who avoid change and transformation as if it were a a death sentence. They are not dramatic actors, they are dramatic internalizers. They seek always to stay below the radar and live their lives in step with their neighbors. This may be true of most people, but I got my ideas of most people from living in the Midwest.

Why do you believe there has never really been a regionalist push for Midwestern writing in the past like there has with the South or even the West Coast?
The Midwest has never thought of itself as a region nor has it been entirely sure what its boundaries are. We can’t bring to mind typical people or forms of expression held in common.

And we don’t really connect with other states. An Illinois farmer would never think of Michigan as Midwest, though he knows it is. Michigan is another world, and Indiana is just a bad first draft of Illinois. In the Twenties, Thirties and Forties there was a push, I believe, toward a Midwestern literature, but it was mostly populist, and therefore isn’t taught in schools, since it might poison the minds of impressionable kids—and when it wasn’t, it featured Winesburg and Spoon River type characters that didn’t often grab the imagination because (like mine, I guess) they wanted to avoid such intimate contact.

How do you feel about social media to promote your writing, and do you use it?
I hate it with all my being. It is the triumph of extrovert culture. And of the idea that the world needs my opinion about everything. The world doesn’t. I do try, but I can’t imagine how one can manage a job and a family and a life and still keep a blog and promote one’s books. Every time I have tried, it has cut deeply into the time I normally reserve for writing.

Favorite book?
I hate to drop War and Peace on you because it seems so canonical, but it does everything I can’t do, and even allows its author pages of bully pulpit—all without disturbing the flow of the narrative.

Favorite food?
Ice cream. A world without ice cream is a world of barbarism and want. Even sex would seem like an inadequate substitute.

If you could have coffee (or tea or a beer) with any literary figure, alive or dead, who would it be?
John Gardner, to thank him for jump starting my career. He was generous with his students and because of that I can claim to be a writer.

Where can we find more information about you?
The FBI. Years ago I was involved in the antiwar movement, and I am told they have, or at least had, a thin file on me. Otherwise, there is no place. There is another Richard Spilman, who writes seafaring books. You can find out a lot about him. One of us may be the other’s doppelganger, but we haven’t figure which is the beleaguered self and which is the dark other.