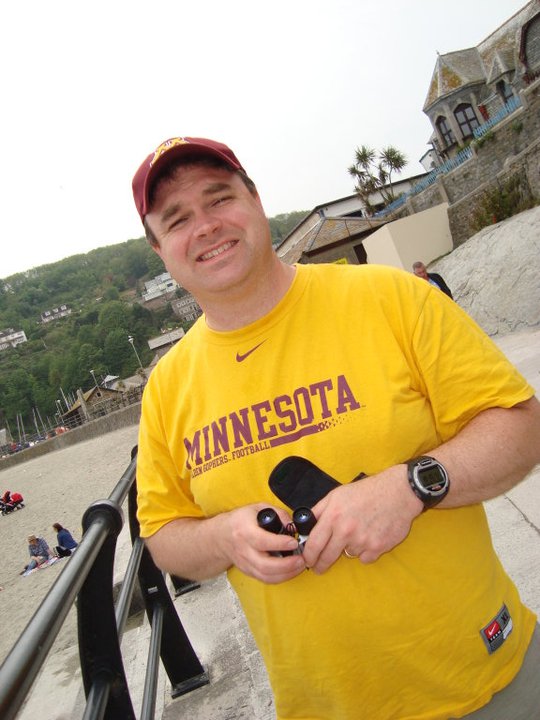 What’s your connection to the Midwest?
I was born in South Dakota and grew up in Minnesota. I currently live outside the Midwest, in the United Kingdom, but my family are spread out between Michigan, Minnesota and South Dakota, so I try to make it back to the Midwest as much as possible.

How has the Midwest influenced your writing?
As a poet, I believe that the image orchestrates its own soundtrack. I often use the imagery of the Midwest in my poetry, whether the piece is on the whole about the Midwest or not, and regardless of whether I am writing in a metrical form or in free verse, I often hear a Midwestern music, and hope that my readers hear that too.

In Minnesota there is a saying “Minnesota nice” which stands for the deference and empathy we have for each other. I think that in writing, especially when you are satirizing or suggesting that things need to change (which I sometimes do) , you have to remember to deliver that message with that deference and empathy, or it will otherwise appear bitter. I think the culture of the Midwest traditionally has a lot to teach us in this respect, and I try my best live up to this standard in my writing.

Why do you believe there has never really been a regionalist push for Midwestern writing in the past like there has with the South or even the West Coast?
There has always been this pragmatic stoicism about the Midwest which comes from its experience. Where I come from in Minnesota the settlers just did their thing—dug their sod houses and their farms. Then the blizzards, tornadoes, grasshoppers, etc. came. Through disaster and difficulty the community just got on with it and started over, stoically. I think in line with that virtue, the literary culture is much the same. Yes there is a Midwestern literary culture but it just kind of does its thing, gets on with it without fanfare. It is good to see literary journals like Midwestern Gothic working to promote a regionalist push though.

How do you feel about social media to promote your writing, and do you use it?
I think it’s a great tool, I have started doing it more, and will be using Twitter and other social media with a greater frequency.

Favorite book?
This changes constantly. If I get into something, it becomes my favorite book, and I have a long list. Some works that frequently reappear on my list of favorites are Phillip Levine’s The Simple Truth (poetry) , Carl Sandburg’s Cornhuskers (poetry), Ole Rolvaag’s Giants in the Earth (novel) and Stuart Dybek’s The Coast of Chicago. All of these of course, Midwest works.

Favorite food?
Ice cream of any kind, but especially Rocky Road, Pistachio and when I get back to the Midwest, I always go looking for Blue Moon.

If you could have coffee (or tea or a beer) with any literary figure, alive or dead, who would it be?
Definitely Wallace Stevens, and I hope the coffee shop offers refills, because I would have a lot to ask>

Where can we find more information about you?
Via twitter @Matt_Tordoff. I will shortly launch a web site with some of my other work.