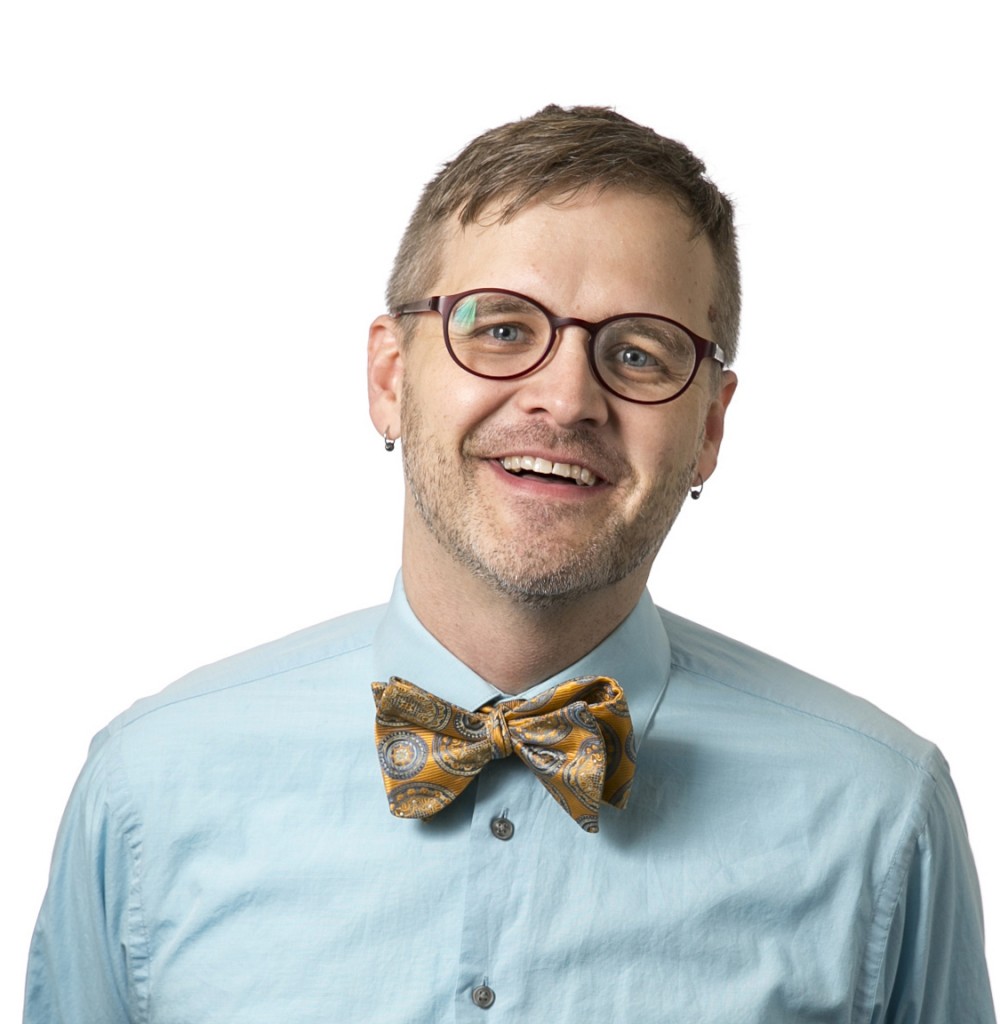 Gary Dop’s piece “Half as Holy” appears in Midwestern Gothic Issue 17, out now.

What’s your connection to the Midwest, and how has the region influenced your writing?
I have lived many places, but more often than not, I have returned to the Midwest. I went to high school in Nebraska, college in Minnesota, and my parents are from Iowa. Flat land, strong wind, and cold winters are more familiar than my new stomping grounds, the foothills of the Blue Ridge Mountains. I spent eight of the last ten years in Minneapolis, so I know the bite and wounds of winter.

When I consider my voice as a writer, I know that it’s far more influenced by my Midwestern days than any other place I have lived, and I have lived more than my fair share of other places, from Texas to Germany. It’s hard to say, of course, what this Midwestern voice means, but I like to think that it means my work is concerned with caring for what matters, for questioning the silliness of our lives, and for not getting worked up about the wrong things.

What do you think is the most compelling aspect of the Midwest?
I think we manufacture reasons that places are more important than other spaces, but the truth, it seems to me, is that the Midwest’s most compelling aspect is that it is the place that feels the most like home. That it, the magically mundane Midwest, unlike the fog pouring through the Appalachians or the sun gleaming off the SoCal sands, is the place where the land calms me, calls me, confirms my belonging. It is not more beautiful; although it is beautiful–more and more beautiful each time I return; it is not more compelling; it is familiar, space and place etched in my DNA, compelling because it knows me, knows I am made of its stuff.

How do your experiences or memories of specific places—such as where you grew up, or a place you’ve visited that you can’t get out of your head—play a role in your writing?
I have poems about nearly everywhere I have lived. I don’t typically think of myself as writing about land or nature (although I do dabble in those realms), but I can’t escape the events anchored in place. I have poems about Minnesota snow, small town Iowa, and my relatives in Nebraska–I write about the world I know.

As a primarily dramatic or narrative writer, place is critical to everything I write. I can’t escape the link between a story and its place. In fact, it’s often hard for me to forget where I was when the poem was born into my brain, where the first idea occurred.

Discuss your writing process — inspirations, ideal environments, how you deal with writer’s block.
I have three daughters, all now in grade school, and my writing process is a collection of frantic moments scattered between job, family, and restoring our old home.

How can you tell when a piece of writing is finished?
When it’s in my book, it’s finished; before that, I’m willing to play with it.

I often have a false sense that a work is done, and this is important and healthy for me. I need to believe I’ve taken it as far as I can and that it’s strong, and then I need to return to it and rediscover that I can do more.

I often will occasionally send out a poem that I think is done and then I’ll end up working on it again and again over a year or more.  I don’t prefer to send out pieces that aren’t as good as they’ll get, but it happens.

Who is your favorite author (fiction writer or poet), and what draws you to their work?
I don’t have a favorite author (although I love Shakespeare, Donne, and Milton most when considering the dead), but I’ll answer the question in a different way. I’ll tell you the poet I most admire and love who I have never met. Ronald Wallace, who teaches at the University of Wisconsin, wrote several books that I love, and he wrote my favorite book of contemporary poetry, a book that I feel has more kinship with my own work than any other I’ve encountered (and I can’t really say why this is the case; I don’t know why I feel this strongly, perhaps the book met me at the right time): People and Dog in the Sun (Pitt Poetry Series, 1987). This book matters to me.

What’s next for you?
Next for me is the old process of finding readers for my poetry. I have a brand new book of poems (Father, Child, Water / Red Hen Press) out this spring, and I’ll be taking it out and about around the country over the next year. I’m actually thrilled about this process; as an actor and performer, I love connecting with an audience—I’m eager to meet new people and to try and introduce my poetry to new readers.

I’m reading in Minneapolis at AWP on Thursday, April 9, 2015 with three other former Midwesterners, Alex Lemon, Stephen Burt, and Amanda Nadelberg. Rain Taxi is hosting a 20th Anniversary Bash at the Walker Art Center in Minneapolis for AWP, and our Minnesota Expatriate Poetry Reading will be part of the evening festivities. It’s an event on the same path as Midwestern Gothic.

I also have a new play that I’m workshopping at the Playwright Center in Minneapolis and trying to get out into the world.

I return to the Midwest several times a year for events, readings, and conferences.

Where can we find more information about you?
www.garydop.com is the site to stay up on my crazy world.