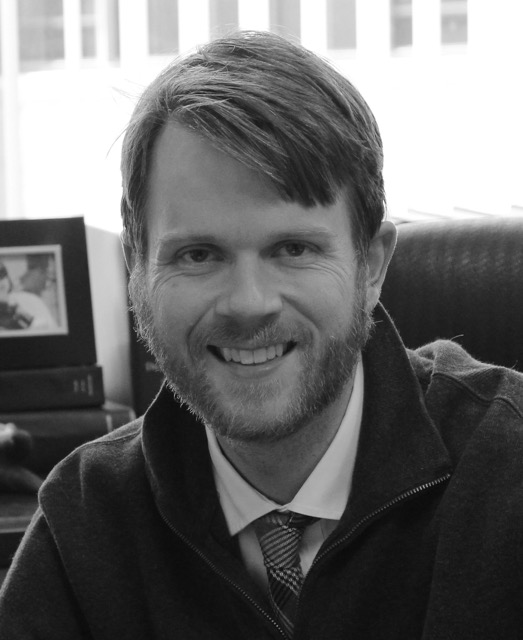 What’s your connection to the Midwest, and how has the region influenced your writing?
I was born, raised, and still live in Lincoln, Nebraska. Living in the same place my whole life has made me somewhat suspicious of glitziness and glamour of writing that seeks to entertain and impress through a multitude of exoticisms. While I enjoy an exotic location or an extremely eccentric character, often they tend to nudge out—to me—the most meaningful parts of literature.

What do you think is the most compelling aspect of the Midwest?
What I love most about the Midwest is the genuine niceness. Nebraska recently adopted the slogan “Visit Nebraska. Visit Nice.” It may not make for a compelling item in a travel guide, but it does speak the truth. “Nice” isn’t particularly interesting, however, and especially not for fiction. In writing about nice characters, the writer has to drill down to their desperation, their desires, their fears, or find those small moments when they aren’t being nice. I think it’s more of a challenge, though, then writing some novel about shallow coastal people or pointing out other such obvious stuff. For that reason Kazuo Ishiguro (not a Midwestern writer, of course), who often writes about nice and repressed characters, has always been an inspiration to me.

How do your experiences or memories of specific places—such as where you grew up, or a place you’ve visited that you can’t get out of your head—play a role in your writing?
For probably twenty years I’d been driving past this small slough with an odd name, and after being unable to get its name out of my head for so long, I finally set a story there. I set virtually every story in a place I’ve visited before, or a slightly changed version of a place I’ve visited. It can be quite fun, as I did a bit in “Stare Decisis,” to amalgamate real places, or slightly change them, such as the fire pit of a neighbor or the butterfly garden of a relative. My stories need to be plausible to me, and maybe setting them in real (or semi-real) places is part of that.

Discuss your writing process — inspirations, ideal environments, how you deal with writer’s block.
I write in the mornings, or during my lunch hour—I work full time as an attorney—or whenever I can find time, even if it’s tapping out a sentence on my phone. Ambient noise often works best for me, oddly; the silence is too much. I can’t start a story until I have the perfect first line, and my first drafts are sort of “vomit drafts” (to quote Philip Roth), beginning an iterative process of repeated editing and changing, and of course self-loathing and hand wringing. Leaving a story alone for a while is usually a requirement. By the time I’m “done” with a story, I’ve probably cut as many words as I’ve kept in. If I can’t write anything new, I will go back and edit something old until I find inspiration again—though sometimes that’s quite the long process. My best ideas usually come during long runs. I also force myself to meet weekly word counts.

How can you tell when a piece of writing is finished?
Well, for me it’s really a question of when I will “abandon” something. Being metaphorical is the best way to explain it: if the story still has a hitch in its step, or a bit of a lingering cold, or some other such ailment, I keep at it. Like it is a sick animal, when it seems healthy enough to survive on its own, I let it go, but I don’t believe it will probably ever be in perfect shape.

Who is your favorite author (fiction writer or poet), and what draws you to their work?
I can’t pick just one, I’m sorry! At this moment, I’m most enamored with the Spanish writer Javier Marías. Marías cuts down to the disturbing truths, in ways I wish more contemporary novelists would. Literature, Marías said, “doesn’t properly illuminate things, but like the match it lets you see how much darkness there is.” For the same reasons I love the work of Tom McCarthy and J.M. Coetzee (for me, Remainder and Disgrace may be the two most indelible novels of the last 25 years) and Toni Morrison, of course, too, ever since the first pages of Song of Solomon, maybe my favorite opening section of a novel ever. If asked again in ten years: Rachel Kushner, or Chimamanda Ngozi Adichie, or Ben Lerner (born in Kansas!), who are all brilliant and (I am willing to bet) still have their best work ahead of them. Lastly: reading The Corrections as an 18-year-old cemented my desire to write fiction. I’ve told my wife Tiffany that, should I get some terminal illness, my Make-a-Wish would be to go see Nebraska’s Sandhill Cranes with Jonathan Franzen.

What’s next for you?
Besides practicing law, I’m working on a few different stories, as well as what is shaping up to be—at this point—a novel. They’re all about attorneys, of course.

Where can we find more information about you?
My website, probably: gregwalklin.com.