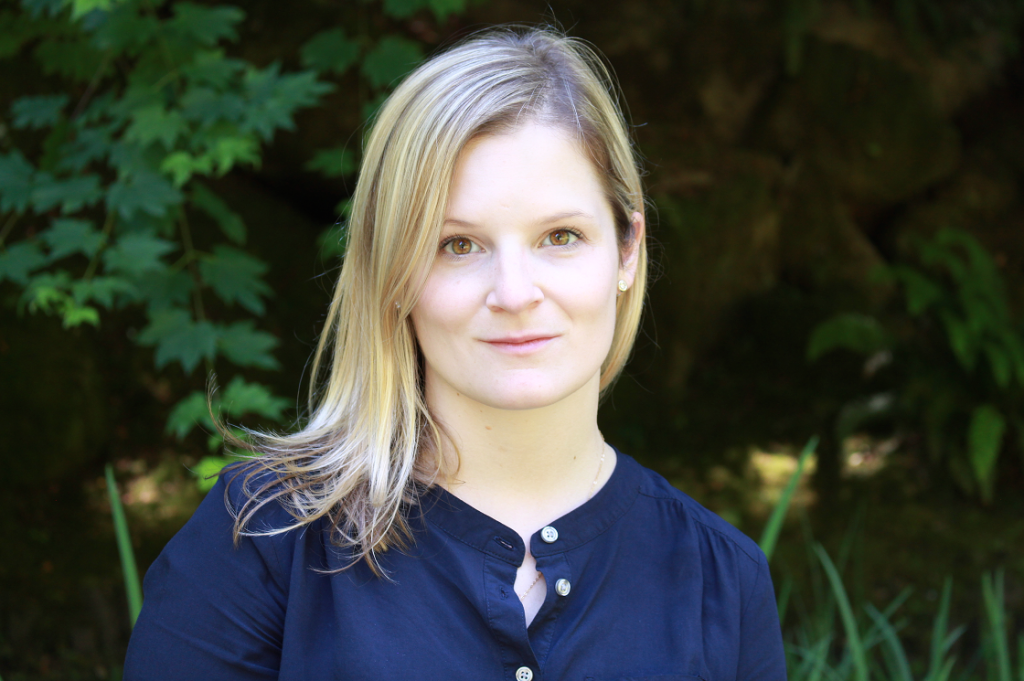 Stephanie Mezzanatto: What’s your connection to the Midwest?

Amy Butcher: The Midwest is where I first began to take writing seriously. And by this, I mean not only the acquisition of a certain skill set (as a graduate student at the University of Iowa), but the acquisition, too, of the idea that a piece of writing is less a product than a process, that one shouldn’t be so easily satisfied with quick work. In my early twenties, I still saw revision as a very much one-and-done process, maybe two-and-done, but as a graduate student, I was afforded the time to write and rewrite and continue rewriting until I was satisfied, a timeline that I found stretched gradually longer and longer. I began to see it as a craft, as art. Now I feel much more patient with my work and the time it takes to do the work I want it to.

But beyond that, perhaps no place has shaped my sense of self greater than the Midwest—those vast and fluidly green fields, that enormous sky, the way it builds and turns before a storm. It’s hard to put it into words, but there’s a terrific Iowan artist, Kathleen Rash, whose wonderful storm series captures this concentrated sense for me. I live now on what I sort of consider the precipice of the Midwest, in central Ohio, but I find I venture farther west several times a year just to remember that expanse and my own woeful smallness set against it. It sounds silly, perhaps, but I find the Midwest possesses a daily way of living and processing of the world very different from what I knew growing up on the coast.

SM: In your debut memoir, Visiting Hours: A Memoir of Friendship and Murder, you recount the traumatic event that occurred during your senior year at Gettysburg College, when your close friend Kevin stabbed his ex-girlfriend to death, your fixation with the crime that ensued, and your quest to unravel the truth. What caused you to believe that his crime was a result of his mental illness, when many others turned their backs on him after the event?

AB: I think to a certain extent, naiveté—we want to believe the people we trust and care about are not murderers, are not in fact capable of that sort of permanent and undoable act—but this was also an individual who exhibited no prior history of violence against others and whose emotional disposition had always been inwardly inclined. It simply didn’t make sense. It still doesn’t, in many ways, but when I learned through public documents and mental health evaluations, eighteen months after his arrest, that Kevin had been trying to take his own life, it presented a far more logical and consistent narrative. 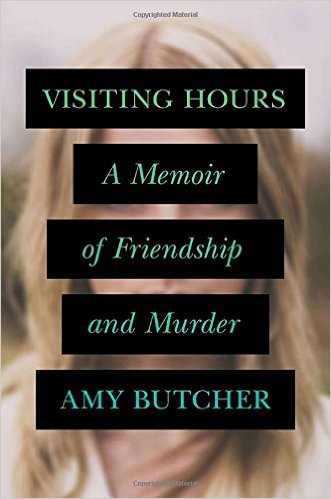 SM: In your memoir, you struggle with your own feelings regarding the crime: empathy, grief, anger, and a feeling of guilt that you had consumed yourself with the crime, a feeling that perhaps it was not your grief to feel. What do you hope your struggle and your grieving process might bring to the lives of others whose loved ones may be struggling with depression, committed suicide, or as in Kevin’s case, hurt another who attempted to intervene in a suicide attempt?

AB: In the four months since the book’s release, I’ve heard from a lot of these individuals, many of whom have expressed relief and comfort in knowing they’re not alone. I recently returned to a small Alaskan fishing town, in fact, where I spend a portion of every summer, and while there I met a handful of people still working to process a crime very similar to this one that happened nearly ten years ago. I find this to be quite common. We don’t often talk about the ways in which we struggle, whether mentally or emotionally, and it’s made all the more difficult when someone we care about has done something we simply don’t know how to reckon. But I’ve heard and seen the ways in which this book has helped others feel comfortable in that expression, and because I work with a relatively young demographic—high school and college students—I know, too, that my openness about my own struggle with depression has helped others feel comfortable having similarly necessary conversations. I haven’t yet heard from anyone who has committed a crime, though I imagine I will in time.

SM: Had you ever thought about writing a memoir before this traumatic event occurred? What type of writing had you initially planned to pursue in the master’s program you were set to attend after graduation?

AB: I more or less stumbled into nonfiction writing only after exhausting the fiction and poetry course offerings at my undergraduate institution, so when I applied to graduate school, I did so in all three genres, hopeful the decision would make itself. It did. I arrived in Iowa with the idea that I’d write a collection of comedic essays on overcoming various fears—work in the vein of David Sedaris or Sloane Crosley—but eventually it became evident I was really only writing one very long essay on overcoming one very particular fear, and that eventually became Visiting Hours. Those who don’t understand memoir are quick to criticize the young memoirist, but as Leslie Jamison asserts (far more eloquently than I ever could), the narratives we tell about our own lives are constantly in flux and our perspectives at each age are differently valuable. What we gain from an older perspective must invariably be balanced against the immediacy of youth, the close level of gaze and clarity and unresolved perspective. I don’t imagine I will ever write another memoir, simply because I can’t imagine anything ever eclipsing the content of this book, but I also don’t believe, in any way, that one should feel limited by what those who don’t seem to understand the genre believe it to be.

SM: At what point in your quest did you decided to begin writing a memoir? What sparked that decision?

AB: The book began first as a way of exploring what had happened and justifying my feelings of continued empathy for Kevin and what I believe he had experienced, but it became quickly evident that it was equally an exploration of my inability to move beyond that night—an articulation of an obsession borne from an unresolvable, nonsensical trauma. I felt tethered to that night and that complication, and all of this was further compounded by the idea, asserted more than once, that I had no reason or even right to explore and grieve so openly. There seemed no space to grieve the loss of a friend when that friend committed murder, irrespective of the complicated circumstances that surrounded that murder and that night. The idea in our collective conscious is that unless you knew and were close to the victim, your grief should be private, be secondary. This clearly wasn’t true for me as I suspect it isn’t true for many. And so the exploration of all these ideas and concepts—however uncomfortable they’d prove to be—felt necessary.

AB: As I mentioned in an earlier response, the Midwest provided a place where I felt safe and encouraged to explore the complicated content of this book, however controversial it seemed at times. Moreover, it provided an audience of highly intelligent and curious and varied minds, faculty and students alike, who read various iterations of the manuscript in essay form and offered insight and support and encouragement. For that, I’m forever grateful. It was also helpful, of course—though I couldn’t have known it at the time—to be so far from Gettysburg, Pennsylvania, which I certainly have a very complicated relationship with. As a child, Gettysburg was a place of beauty and mystique—it was because of that place that my parents met and fell in love and made everything that followed possible—but it was Gettysburg, too, and its sensationalist dedication to violence, that raised what I feel are very valid questions. In many ways, Gettysburg became a metaphor for the world: there is beauty and light, certainly, but also immense and unknowable darkness. As adults, we learn to navigate this, and it was useful in this way to navigate in a place far removed.

SM: What was your process for constructing a memoir that was both true and raw, as your gripping memoir is, but simultaneously targeted toward a wider audience?

AB: I think the complicated nature of this particular crime invited a wider gaze; it’s impossible to look at this case in the depth that I did and set it apart from ongoing conversations on mental illness and violence in this country. We have one of the highest rates of depression and suicide, and young people, in particular—those 15-24—are the highest demographic of those who suffer. I wanted the book to speak to this, as well as the negative effect of stigmatization, which prevents many from feeling comfortable speaking out or getting help, but I found this came fairly naturally. Certainly facts and statistics prove useful in heightening awareness for those who aren’t already familiar, but I think the personal component, too, invites reflection.

SM: While writing Visiting Hours: A Memoir of Friendship and Murder you spent eight months alone in a cabin in New Hampshire. How do you think that solitude allowed you to reflect on and fully develop your feelings and thoughts surrounding the murder? Do you think this period of solitude was essential to completing your memoir?

AB: Time is always a luxury, but here especially it proved fundamental simply because a book demanding such sensitivity required, I felt, considerable time apart from the rest of life and what one might be doing with it otherwise. I wanted absolute solitude, privacy, time apart. Prior to moving to that rural New Hampshire cabin, I’d also spent a year in an isolated farmhouse ten miles from the nearest village—in upstate New York, as Colgate University’s Olive B. O’Connor writing fellow—and that time, too, was invaluable. I highly prize steady time away from others; I’m far from a city person, and instead seek to be as far as one can get without being altogether alone, which perhaps explains my recent adoration and fascination with Alaska. I think solitude presents its own set of questions that as writers and people more generally we’re wise to answer, and remoteness gives me that insight.

AB: I’m working now on a novel and a collection of essays, the latter of which I find a home in far more easily than I do a full-length manuscript. I love the fluidity of essay collections, the breadth and that sense of process. I’m working now on what might be considered a collection of travel essays, pleasant not only in the deviation of form that it presents but also largely in my absence from the material. I’ve spent the past two years hitchhiking in the largest oil field in America (in Prudhoe Bay, Alaska), witnessing the annual migration of nearly half a million Sandhill Cranes, and otherwise seeking out experience, which I think is an indirect but unavoidable result of my friendship with Kevin. There’s a world out there and I feel above all grateful to see and know it.

Amy Butcher is the author of the recently released Visiting Hours: A Memoir of Friendship and Murder (Blue Rider Press, Penguin-Random House) and an essayist whose work has appeared in The New York Times, The Iowa Review, Gulf Coast, Guernica, Fourth Genre, The Paris Review online, Tin House online, and Brevity, among others. She was recently awarded the 2014 Iowa Review Award by guest judge David Shields and is a recent recipient of the Olive B. O’Connor Fellowship from Colgate University. She earned her MFA from the University of Iowa and serves as an Assistant Professor of English at Ohio Wesleyan University.