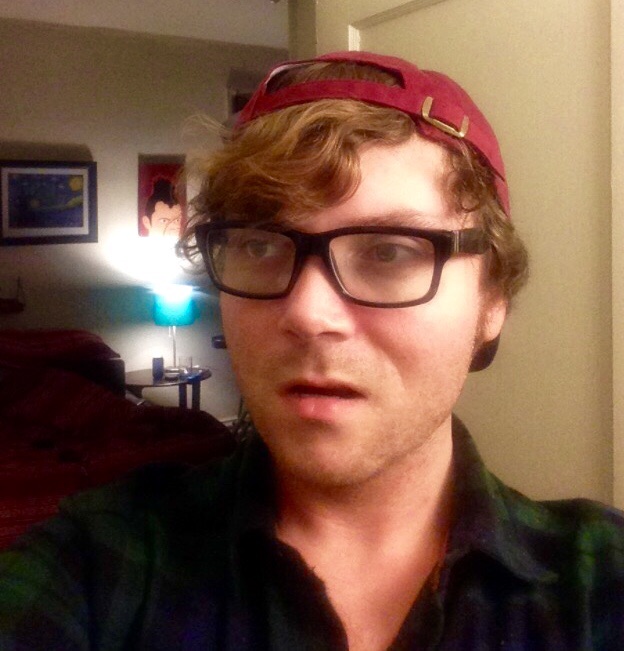 What’s your connection to the Midwest, and how has the region influenced your writing?
I was raised in a southern Indiana town called Loogootee (depicted in “Billiards”), which literally has about three stoplights. My childhood was lived in a tiny trailer with a refrigerator filled with food purchased using food stamps. Yet, while this upbringing and town often play a role in my fiction, it wasn’t until I left the place to attend college at Indiana University-Bloomington that I began my journey as a writer. It took finding this oasis in the middle of Indiana to fully understand and accept who I am; without this discovery, I think every word I would have written would have been dishonest and narrow. At IU I worked with a great group of fiction writers who taught me about craft and which writers I should be reading. I took many workshops, attended readings, wrote my first stories that, while amateurish, contained all the elements of storytelling. I would say that this struggle with environment is a theme often explored in my stories.

What do you think is the most compelling aspect of the Midwest?
There is a sort of quietness to the Midwest, a calmness, even, that lets story emerge in a very nuanced way. Whether writing a story about a first breakup, or one filled with magic, the Midwest allows for these stories to come about in a natural, yet surprising way. If the Clutter family had been brutally murdered in New York City, I doubt In Cold Blood would have been written; when these acts of violence, or ones of beauty, occur in the Midwest, the quietness is disrupted and people take notice.

How do your experiences or memories of specific places—such as where you grew up, or a place you’ve visited that you can’t get out of your head—play a role in your writing?
Usually a place sticks in my head when it has a sense of amazement to it. This can be both good and bad, depending on the place. A trailer missing underpinning, revealing the bricks that keep it off the ground. A broken-down car that has been in the neighbor’s yard for years, and the stray cats that crawl in and out of the broken windows. The whirlpools you heard about as a child, the ones in the nearby abandoned town where everyone died of disease.

Discuss your writing process — inspirations, ideal environments, how you deal with writer’s block.
My ideal writing time is during the day, usually from eleven onward. I write at a desk with music, anything from folk to rock; nearby are my hundreds of books. I usually play around with my characters in my head for a couple of weeks before I write a single word. The best ideas, for me, are usually when I think up a character and then ask myself, in what place or scenario can I put them to cause them the most grief? Writer’s block doesn’t usually last more than a few minutes; when it hits me, I just pick up a book, an Alice Munro or Richard Ford, or whatever, and read a story, and then the flow returns to me. I don’t really believe in writer’s block, and think that any stalled momentum can be cured simply by reading writers you admire.

How can you tell when a piece of writing is finished?
It usually takes a year for me to fully complete a story. I can tell when a story is finished when a character has no other direction to turn. In “Billiards” Ian sees his mother being struck and does nothing, which is a place he was not in at the beginning of the story.

Who is your favorite author (fiction writer or poet), and what draws you to their work?
I have a lot of favorite writers, most for different reasons. My favorite novelist is Andrew Holleran who wrote the funny, yet moving, Dancer from the Dance, one of the first novels to depict gays living in a gay world, not gays existing in a straight one. His recent depictions of AIDS are heartbreaking meditations, but necessary. My favorite story writers are Andre Dubus and Alice Munro. Dubus crafted such beautiful sentences in such a seamless way; Munro’s stories cover decades and explore the lives of dozens of characters, and they do so in a manner that never makes you question them. The writer I enjoy reading those most is Julie Hecht; her fiction will make you laugh one second, and cry the next. I recently worked with Jean Thompson, who wrote the lovely The Year We Left Home; she’s an amazing writer and I don’t hesitate calling her the Queen of the Midwest when it comes to fiction.

What’s next for you?
In a few months I’ll be attending the PhD program in English at Southern Mississippi’s Center for Writers. With each degree, I’m being yanked further into the south, first Richmond, and now Hattiesburg. I’m finishing the first draft of a novel, of which “Billiards” is the first chapter. When not working on that, I’m plotting ideas for a crime novel as well as a batch of stories.