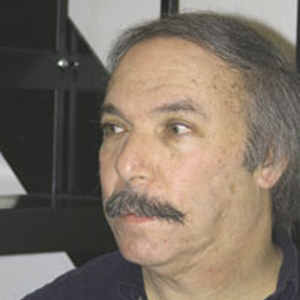 What’s your connection to the Midwest, and how has the region influenced your writing?
I was born in Toledo but moved away (east to Philadelphia) when I was 2. Then, after several decades, I returned to Toledo to take a teaching position. I’ve been here about 20 years. Although I fought against it for years, I now see that I am thoroughly midwestern, or perhaps more precisely, thoroughly enmeshed in the Great Lakes region.

What do you think is the most compelling aspect of the Midwest?
It’s where I raised all three of my kids and have spent most of my adult life. Certainly it’s the grittiness of the midwestern urban centers–the crumbling mills and factories, the strong union/worker presence, the legacy of many of the writers I deeply admire–Kenneth Patchen, Kenneth Rexroth, Edward Dahlberg, Kenneth Koch, James Wright, Robert Bly, Philip Levine, Hart Crane, etc. And I can’t discount the landscape–flat and endless field after field obliterating and confusing distance. The Lake Erie shoreline recalling the Baltic coast of some of my ancestors.

How do your experiences or memories of specific places—such as where you grew up, or a place you’ve visited that you can’t get out of your head—play a role in your writing?
I don’t think that I relate to the world visually, which might be strange for someone who writes fiction and poetry. I usually respond to sound, more precisely words that connect to some particular experience. Words and phrases that describe or evoke or recreate.

Discuss your writing process — inspirations, ideal environments, how you deal with writer’s block.
I used to write in a very specific type of lined notebook with a Rapidigraph pen which needed constant refilling and cleaning and often leaked over everything. Sometimes even obliterating what I’d just written. I always carried pen and notebook in a small backpack–actually a military surplus gas mask bag. For 20 years or so, this was the only way I could write. I would only type copies at the very end. Sadly, now it’s all computer, all the time. This makes my writing life much less mobile, though I have tried writing on a tablet or smartphone. No real success so far.

How can you tell when a piece of writing is finished?
At the risk of sounding self-serving I would say that a poem or story is never finished. I’ve always subscribed to Paul Valery’s dictum: “Poems are never finished–just abandoned.” More precisely, I do get to a point when I consider a piece of writing finished and force myself to think of it that way. However, I almost never revisit something without making at least some minor change–often more. Even once the piece is published. I admired Galway Kinnell’s propensity to edit his poems on the spot in the middle of his reading.

Who is your favorite author (fiction writer or poet), and what draws you to their work?
Sticking to contemporary (or almost contemporary) writers of short fiction: Alice Munro, Stuart Dybek,John Cheever, Mary Gaitskill, Joyce Carol Oates, John Updike, Denis Johnson, John Barth, Lydia Davis. Cheever might be my favorite–his language captures and soars and transport his reader in inexplicable ways.

What’s next for you?
My next project is a short novel comprised of a series of stand-alone flash pieces. It centers around a father, his infant daughter, the neighborhood through which he strolls, and the philosophy of Ludwig Wittgenstein.

Where can we find more information about you?
Website:  www.leonardkress.com