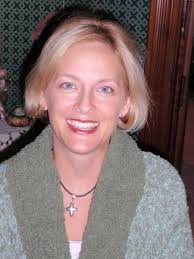 Kelly Fordon: My father grew up in Ohio and my mother grew up in Wisconsin, Indiana and Iowa. My family still has a cottage on Lake Erie in Madison, Ohio, and many of my extended family members live in Ohio. I was raised in Washington, D.C., but I have lived in the Detroit area since 1993.

MT: You’ve mentioned that you’ve revised some of the short stories included in your latest book, Garden for the Blind, as many as 20-30 times.  How do you decide when a piece of writing is finished?

KF: I wish I had a good answer. It’s different every time. I worked with Tony D’Souza at the Kenyon Writing Workshop one summer and he said that every time a story was rejected, he tinkered with it a little bit before he sent it on to the next place. I follow that advice with my short stories and poetry. In terms of this book, I knew from the beginning that the last story was going to take place in a garden for the blind, which is a fairly random place to deposit a lot of characters. When it finally felt like all of the people assembled belonged in the garden (and had not simply been dropped from hot air balloons) I knew I was done with the book.

MT: Your poetry chapbook, On the Street Where we Live, was the winner of the 2012 Standing Rock Chapbook Contest.  How would you compare your process of writing poetry with how you write fiction?

KF: Whether I’m writing poetry or fiction I start with an image—it might be an old man packing up his house before moving into a rest home, a boy with white blond hair running down the street, a girl pretending to be a tiger. When the image seems to reflect an emotion then I know it is a poem, but when the image makes no sense to me and has nothing to do with how I’m feeling I might have a story. For instance in “Garden for the Blind” I started with the image of a group of Buddhist monks sitting meditation in a garden for the blind. It was such a bizarre image and it didn’t bring to mind any specific emotion for me, so I knew it was not a poem. And for a long time it was not a story either!

MT: The stories in Garden for the Blind follow the journeys of Mike and Alice, two individuals who grew up in privileged, yet troubled, households.  What inspired you to write about these economically well-off characters who struggle with the emotional consequences of their unstable childhoods? 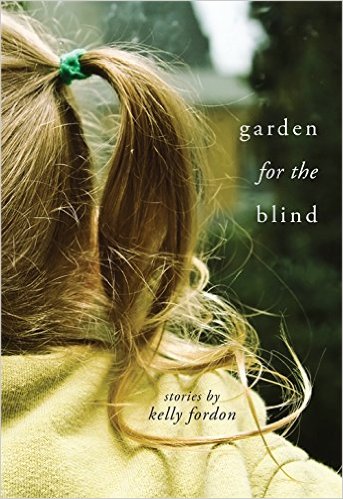 KF: My initial idea was to write about a privileged girl who does something horrendous and never has to pay the consequences. The first story I wrote about Alice ended up as the third story, “Lucky.” In “Lucky” Alice is in high school. She’s rich, defiant and shameless. She shows no remorse when she pins a drug deal on a scholarship student and gets him kicked out of school. Everyone who read that story hated her including me. I was in a workshop at the Aspen Summer Words conference and my workshop leader said that he liked the story, but he wouldn’t read anything else about Alice, not because she was a bad person, but because she was one dimensional. He said something along the lines of: “Anyone can write a monster.” Tail between my legs, I went back and tried to figure out how Alice had become so self-centered. Once I started writing about Alice and Mike’s respective childhoods, I began to have some empathy for them and I was actually surprised by that. I was not inclined to like or dislike them. I just wanted to examine how privilege shapes a life.

KF: Many of the stories take place in places where I have been, even in jobs that I have held. Jeffrey Eugenides said that it was hard for him to imagine the life of his main character in Middlesex, so he set the novel in a place that would be easy for him to conjure up in detail–his hometown of Grosse Pointe. A brilliant idea, and I decided to do it too. Like the main character, Alice, I have worked in radio in Detroit (briefly), my family cottage is on Lake Erie and I modeled Alice’s fictional house loosely on a mansion I admired on Jefferson Avenue in Grosse Pointe. The trees resemble trees that line Kenwood Road and the Grosse Pointe Academy. Unlike Alice who wanders into the Detroit Institute of Arts on a whim, I spend as much time as I can in that magnificent building.

MT: Many of your works, such as Garden for the Blind and Secret Rooms, use vignettes to connect events and form a larger narrative.  What has attracted you to this episodic style of writing?

KF: I love Olive Kitteridge by Elizabeth Strout, A Visit from the Goon Squad by Jennifer Egan and Hotel World by Ali Smith and I think those books, along with some others, allowed me to see that weaving stories can be like assembling a jigsaw puzzle. For some reason I find that more rewarding than writing along a conventional trajectory. I love to be surprised by recurring characters who appear when you least expect them and/or are seen from different perspectives creating a kaleidoscopic effect.

MT: How have your experiences working with Detroit students as a writer-in-residence for the InsideOut Literary Arts projects affected your writing?

KF: The third to fifth graders I’ve met are capable of creating the most complex, mind-blowing imaginary worlds. It’s inspiring for me as a writer. In my opinion there is nothing more valuable than the imagination. No matter what is happening in your immediate surroundings or even in your own family, your imagination can be your escape hatch. The kids also remind me that writing is about pretending and having fun! We all just knew how to make believe when we were young.

KF: I am working on a new novel and I just finished a poetry manuscript. As usual the novel is unwieldy. I’ve been writing it for years and I still don’t know–is the main character a child? Is she a grown-up? Is she a grown-up looking back on her childhood? Should her best friend tell the story? It’s so maddening! I might just start again from scratch. It could be eons before I’m done, but I love every minute of it.

Kelly Fordon’s poetry chapbook, On The Street Where We Live won the 2011 Standing Rock Chapbook Contest and her second poetry chapbook, Tell Me When it Starts to Hurt, was published by Kattywompus Press in 2013. Her collection of linked stories, Garden for the Blind, was published by Wayne State University Press in April 2015. She lives in the Detroit area with her husband and children. www.kellyfordon.com