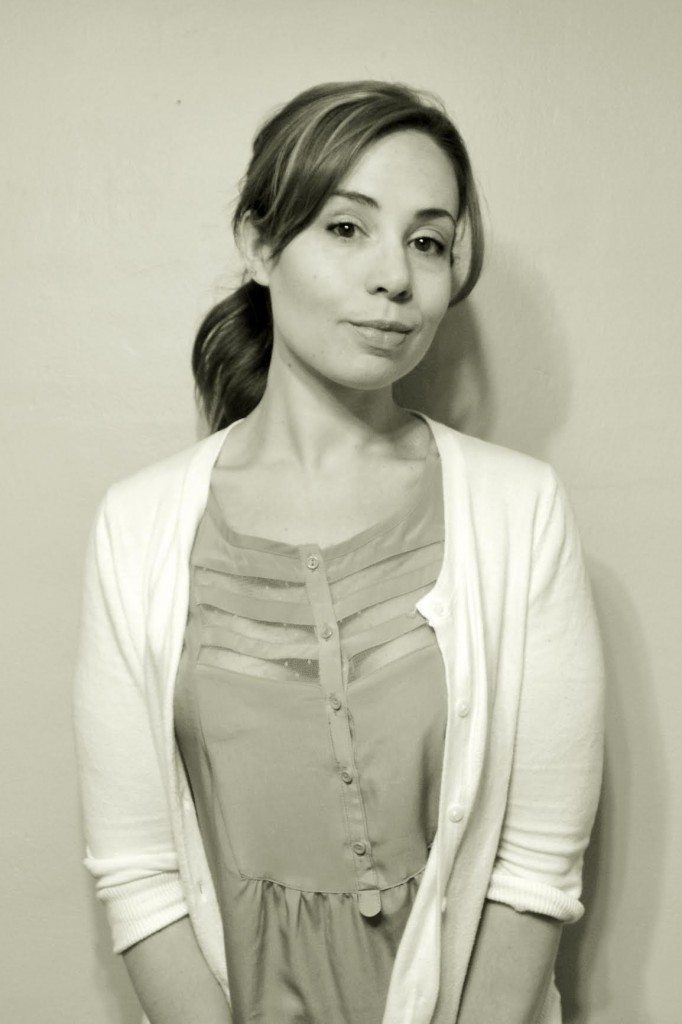 Midwestern Gothic staffer Morgan Dean talked with author Kristen Marquette about her new novel The Creaking Tree, the intersection of fantasy and historical fiction, her influences, and more.

Morgan Dean: What’s your connection to the Midwest?

Kristen Marquette: It’s home. The lakes and forests, the farms and the cities, all of it.

MD: As a native Michigander, born and raised, in what ways do you feel Michigan has influenced your writing?

KM: Michigan inspires me. It finds its way into my writing without me even realizing it—writing pop instead of soda or measuring distance in time instead of miles. Then there are the seasons. I couldn’t imagine writing an autumn without fiery foliage or writing a winter without a couple feet of snow.

I have been fortunate to have lived all over this great state. I spent my early childhood in Garden City where I formed some of my best memories, so I feel a strong nostalgic connection to the Detroit area. Then my family moved to Marne, a little town outside of Grand Rapids. I went from living in a city with plenty of kids to play with and sidewalks for riding bikes to living in the country with a corn field in front of the house and an apple orchard behind it. It was a culture shock, but I adjusted and West Michigan became home. After high school, I attended Michigan State University and have made the Lansing area my new home. I can draw on any of these places when working on a project.

I am especially affected by up north. My family has been going to the Topinabee/Indian River for generations. The Creaking Tree is not only set in Indian River, but in my parents’ cabin (which once belonged to my cousin), and some of the wildlife in that book were inspired by real woodland animals (R.I.P. Tumorhead, Webby, and Quackers).

MD: How did you first get into writing? Was there a particular event in your life, book you read, or other moment when you realized that you wanted to be a writer?

KM: I never really decided to become a writer; I’ve just always been one. As a little kid I liked to write plays. In junior high, I was writing stories that were hundreds of pages long (most unfinished). Then during my sophomore year of high school, I wrote my first novel, an 800-page coming-of-age monstrosity. Four more novels would follow by the time I graduated. I tried to pursue more traditional career paths, but writing has always been my calling.

MD: Which writer has most influenced your style?

KM: I don’t think I can pinpoint any one writer, but there are a few that have strongly influenced me.

Margaret Atwood and Edith Wharton both write complex women who question, struggle with, and challenge their roles in life. Those are the type of women I like to write. I’m certainly inspired by the way Gregory Maguire reimagines children’s stories into adult fiction with vivid worlds and shifting perspectives. And I admire the way Joanna Harris weaves practical magic into her novels. Bits of that have found its way into The Creaking Tree and future projects.

MD: Having worked in many positions, such as a tutor, online content writer and, in your words, “retail slave,” have those experiences influenced your style and method of writing?

KM: Out of all the jobs I’ve had, I think working as an online content writer influenced me the most. I used to write on a huge range of subjects from law and medicine to gardening and crafts, so I was required to do a ton of research. Little did I know how much I would love that aspect of the job. That zeal for research has certainly been applied to my fiction writing. Researching and writing on such a variety of topics also filled my brain with so much random knowledge that it continues to pop up in my conversations and writing. The Creaking Tree is full of little tidbits from articles I wrote about plants (how blueberries grow under jack pines because of the acidity of the soil or how chokecherry sauce pairs well with wild game). Plus, it was the first time I was able to support myself by writing alone, which was a huge confidence boost. 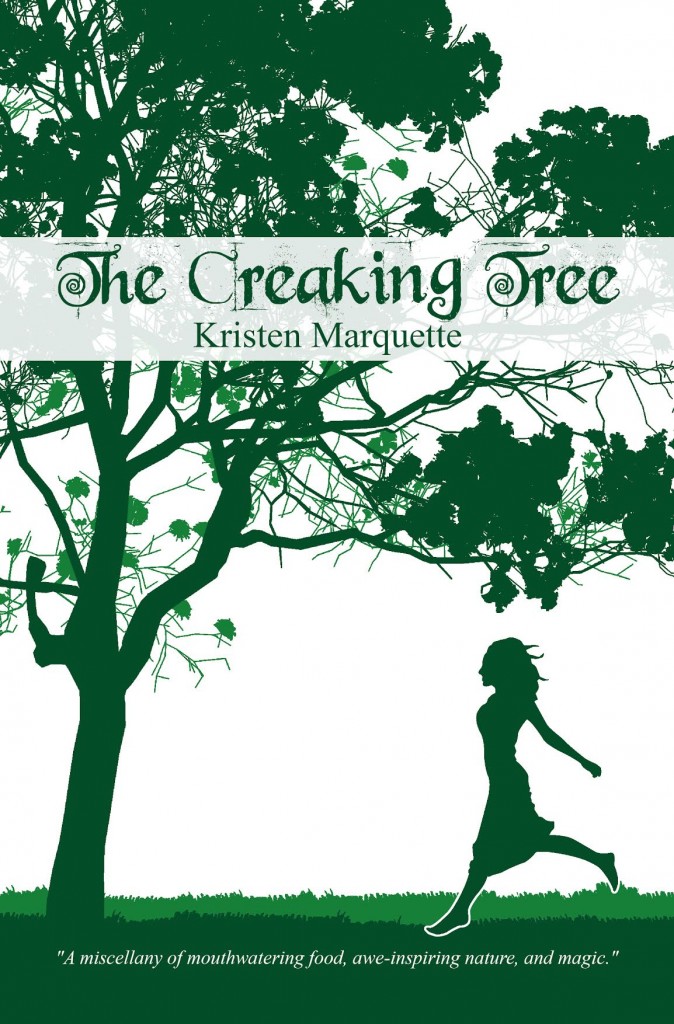 MD: Primarily, such as with The Vampiric Housewife Trilogy and Shakespeare’s Sister, you seem to revel in a unique hybrid of fantasy and historical fiction. What in particular draws you to those genres, and why do you think they meld so well together?

KM: I love a good story and history is full of good stories. Historical fiction has a way of bringing those stories to life in a way that cold facts just can’t. Fantasy is a love I bring with me from childhood. I devoured anything that had to do with magic or the supernatural. Anything is possible in the fantasy genre—there are no limits—that appealed to me as a kid and it appeals to me as an adult.

With history, we already know how the story ends—JFK gets shot, Armstrong walk on the moon, the Berlin wall falls. But with fantasy, the story can go in any direction—Abraham Lincoln hunts vampire or magic exists in England during the Napoleonic Wars.  When you slip a little fantasy into your history, you can make the old new again, explore alternate possibilities, and obtain a fresh perspective. You imagine that Shakespeare’s sister shared his talent with words or you take the stereotypical 1950s housewife and make her a vampire, and you’re suddenly seeing history in a new light. I think that’s why historical fiction and fantasy pair so well together.

MD: Your latest novel, The Creaking Tree, definitely has roots in classical fairy tales, as well as more modern tales of Alice in Wonderland and The Lion, The Witch, and The Wardrobe. Plus, cookbooks! What inspired this unique tale and why is it only 167 pages long, instead of the typical 300 page count novel?

KM: I write what I like to read, and I love stories where the protagonist crosses from the real world to a magical land. However, those types of adventures are typically reserved for children. So I decided I was going to write a grown-up fairy tale where an adult crosses over to a magical land. From there I just started combining the things I love—nature, food, and magic. The book is on the shorter side, but that’s simply where the story organically ended.

MD: What’s next for you?

KM: A children’s book! At the moment, I’m working on polishing up a middle grade novel called Down the Wishing Well. It’s set at the tippity top of Michigan’s U.P. (Copper Harbor) and tells the story of a brother and sister who travel down a wishing well and go on an adventure across the magical land of Wish Granters in order to save their dying mother with a wish.

Kristen Marquette is the author of five novels, which include: The Creaking Tree, Shakespeare’s Sister, and The Vampiric Housewife Trilogy. In no particular order, she is also an animal lover, a baker, an avid reader of everything and anything, a picture taker, a nature lover, and a hot chocolate addict. She currently lives in Mid-Michigan with her husband and Heinz-57 dog, Arya.