We couldn’t be more excited to share the winner and finalists for the 2015 Lake Prize. Thank you to everyone who submitted – reading your work was a joy. Finding a way to choose just three was almost impossible, which is exactly how we like it!

All of the stories listed here will be featured in Issue 20 (Winter 2016).

Winner: “Milk and Cookies on the Other Side” by K Chess 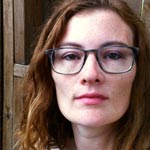 K Chess is an MFA student at Southern Illinois University Carbondale. She was a runner-up for the 2015 Nelson Algren Award, and her short fiction has appeared in or is forthcoming from Fjords Review, PANK, Printers Row Journal, and Wigleaf.

Fiction judge Charles McLeod had this to say about K’s story: K Chess’s “Milk and Cookies on the Other Side” left me breathless. Brave, honest, and devoid of bourgeois pretension, the story—in a manner both graceful and unflinching—tackles systemic cultural patriarchy in the two modes through which said patriarchy manifests most resoundingly in America: religion, and rape. The story is also a tale of exodus: of departing the smaller place to move to the big city, and what one brings with them, and what one can’t leave behind. The narrative’s politics never waver, nor do they ever usurp. As one of the story’s characters, Rocky, pronounces, “you have to dedicate your suffering,” and Chess makes that suffering beautiful and terrible and irrevocable on every haunting, marvelous page of this work.

Runner-up: “The Tour” by Jeannette Hinkle 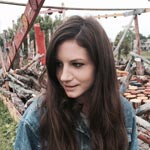 Jeannette Hinkle is a writer currently based in Massachusetts. She graduated from the University of Michigan and stayed in Ann Arbor an extra year to toe-tag bodies at the Anatomical Donations Program and bounce hooligans out of The Blind Pig. 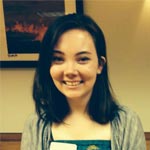 Chloe Seim grew up on a farm in Saline County, Kansas and received a BFA in Art History and Studio Art from the University of Kansas. She full-times as a barista, writes poor blog articles about sex and feminism, and plays the same video games, Zelda, over and over again. She’s a wannabe cat mom and caffeine addict who hopes to be a real person some day. Her fiction has been published in Kiosk Magazine.