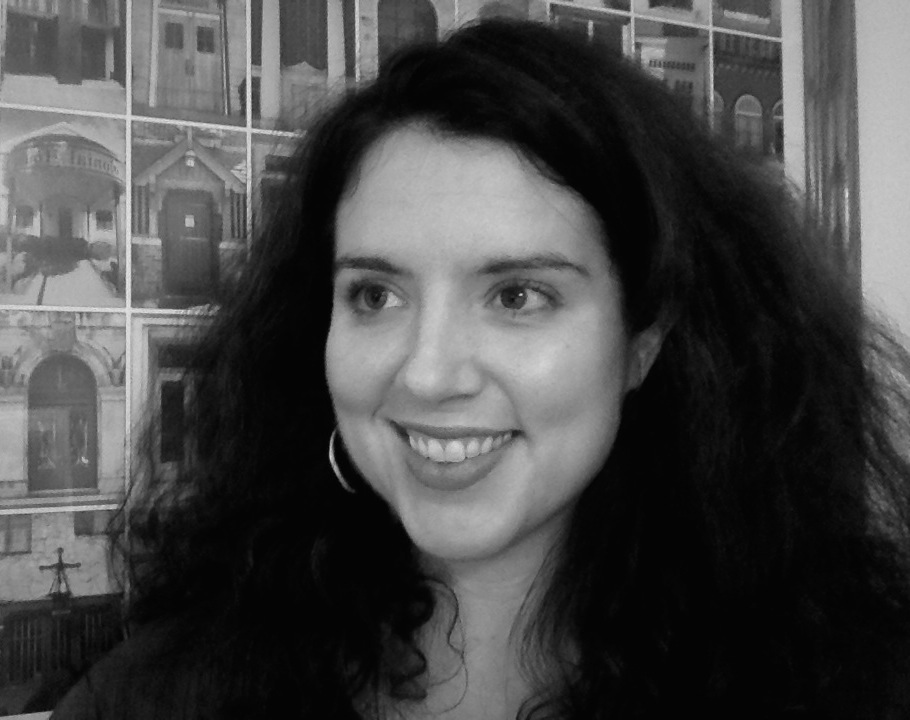 Katie Hartsock’s piece “My Labor, and My Leisure Too” appears in Midwestern Gothic Issue 20, out now; the piece was runner-up for the 2015 Lake Prize.

I grew up in a suburb just south of Youngstown, Ohio, and it gave me a nostalgic bent. A few summers ago my mother drove me down to the old site of Youngstown Sheet and Tube, a steel mill where she worked in the seventies until they all shut down. She stood in the sun, pointing towards empty fields, saying this was the furnaces were, that’s where the offices were . . . . It’s a gesture I’m intensely pulled to – imagine all that used to be here – and it’s pervasive where I grew up. As well as a perhaps reckless romanticizing of what used to be. One leftover from the plant was this tiny one-lane bridge over the Mahoning River, rusted to hell and covered over with green weeds and Queen Anne’s Lace like some Havishamian bridal veil, and looking just about as sturdy as one. “Let’s drive over it,” my mother said, with a little wickedness in her voice, and we did. So perhaps my hometown gives ways to translate abandonment into abandon.

Being from there also makes me more ecstatic to encounter beauty in otherwise unlovely places—makes it seem more the blessing that it is. I’d sooner write from the banks of a stream at the edge of a township park woods where through the trees you can see the delivery docks of a strip mall and hear beeping trucks in reverse, than, say, from gorgeous beaches or cliffs beside the Pacific or Atlantic—where I have been, and loved to be. But beauty in a place where it remains itself against opposition – my poems connect to that.

My Midwesternness also affects how I write about travelling. Being from a place most people know for its industrial downfall makes me view glamorous or thriving cities rather apocalyptically. And I love to explore the outskirts and edges of other cities and countries. “Things seen by a loiterer in a particular corner of the world,” one old classicist wrote of the Roman novelist Petronius’s writing. I like the out-of-the-spotlight particularity of corners, the vistas such distances give. In Chicago I even live in the neighborhood called Edgewater.

Midwesterners. And of course that group is not really a group, but contains multitudes of kinds of people, many I can’t claim to know intimately. I like to sit with the storytellers and jokesters and bullshitters, people who love language in non-academic or literary-establishment ways. Not only are they comfortable in their world in a way I envy sometimes (for there’s a certain comfort with existence which academia’s critical etiquette can strip from you), but they have an intuitive ease with humor!, and inventive turns of phrase, which I want to keep alive in myself. To look around Youngstown in autumn and say, “It’s nice here this time of year, because of the rust.”

Having lived in Cincinnati, then Ann Arbor, and now Chicago, I’m also attracted to others’ stubborn attachment to place. There’s a song called “Youngstown Girl” by the bluegrass/rockabilly band The Weedhawks, from Morganstown, WV, and one line goes, “Youngstown girl, she says Cleveland is a pretty good city.” And that nails it. Cleveland – not New York or any international capital – is her idea of a city, and it’s OK, as far as she can tell. But she’ll be back home as soon as she can. So when I sing “Youngstown Girl” in the car –and I love to, especially since she is a Ohio writer herself: “she wrote a song called Buckin’-Fuckeye-Superstar” – I can only partially be one. I guess I feel compelled by people who never really left the place where they grew up.

The mossy limestone walls and cypress and cedar groves and well-wrought trails of Youngstown’s Mill Creek Park probably stand as the home landscape of my imagination. A kind of Eden, postlapsarian, certainly, but with glimpses into unearthly – or, supremely earthly – radiance. There’s a field in an area called The Flats (there may be a more official name for it) that especially enthralls me. My favorite trails lead to or begin at The Flats. Some of my poems lead to or begin at The Flats, even if it’s never visibly present or named. I have felt there Wordsworth’s “A motion and a spirit, that impels / All thinking things, all objects of all thought, / And rolls through all things.” I love it, as Robert Duncan writes, “as if it were a scene made-up by the mind, / that is not mine, but is a made place, // that is mine, it is so near to the heart, / an eternal pasture folded in all thought.” It’s a field where I take people, where I walk alone, where I watch others – families, runners, stoners, all the people who come there.

Of course Mill Creek Park bears the burdens of the world too — crime, dereliction, pollution. Last year the city’s sewage system completely failed in a big rain and the park was overrun with waste water – everything alive in the lakes and streams washed up dead on the shores. So the park and other hometown places have also given me ways to face bitterness and failure in my work. When I was working on a sequence of poems called “Hotels, Motels, and Extended Stays,” my husband called them “studies in despair.” I think those poems, which try to seek presence through absence, in a mostly impersonal panorama of invented rented rooms, are filled with the contradictory elements of my relationship to Youngstown — which is itself a kind of presence through absence.

My mother bought me a poster from the Lanterman’s Mill gift shop in the park, “The Doors of Youngstown,” which I find so delightful, since usually you see those posters made for world-famous cities. I framed it, I love it. When showing it to people I often say, after Blake’s The Marriage of Heaven and Hell, “If the doors of Youngstown were cleansed every thing would appear as it is, infinite.”

I love my desk. It’s really a kitchen table, so my papers can sprawl all over. The desk itself is a kind of inspiration now, and I have a strong memory of it, almost a painting: my beloved college roommate with her dark-sparkling beauty sits at the kitchen table in our first apartment in Cinci, smoking a cigarette, exhaling over her right shoulder, and thinking about something. When we all moved out nobody else wanted the table so it’s been with me ever since, and it means that memory to me, of a woman alone with a thought.

I also like to write down lines while I’m on a walk. But I’m not good at always having a little notebook on me. So, many poems begin on the backs of receipts, lecture handouts, free weeklies, any big-enough piece of paper. I love to walk, particularly if I have writer’s block, in all the places I have lived—Ault Park and Yeatman’s Cove in Cincinnati, the many amazing parks of Ann Arbor (I love the prairie field in the arboretum almost as intensely as The Flats), and of course along Lake Michigan in Chicago, especially the northernmost city limits’ shoreline into Evanston. It’s just that stretch where my poem in MG 20 “takes place.”

I read poems out loud at my desk, and if I can get through the whole piece without stopping to change something, then I can tell it’s almost* finished.

I turn to Constantine Cavafy on rainy days, the Rae Dalven translation. I love the ways he thinks about the past – mythical or historical or religious or erotic or all that at once. I learn when I read him, many things, from insights into desire to why it’s important – particularly for a certain kind of poetic thought – to understand time and cultures consequentially. I’ve never had a head for dates or historical arcs, but I think reading him made me want to work harder to think about progressions. Anne Carson is another favorite. There’s such velocity and acuity in everything she writes. Like H.D. said: “Heu, / It whips round my ankles!”

My first book, Bed of Impatiens, will be out later this year from Able Muse Press, I’m thrilled to say. That was a while in the making, and the manuscript went through many shifts. So now I’m working on new poems, and thinking about what a second collection will try to contain. I am also beginning, in the smallest steps, a translation of the Iliad. I want to think about using internal rhyme and varying line lengths, to create a different kind of music than what we get in most translations, that could still converse in some way with the rhythms of the Greek dactylic hexameter.