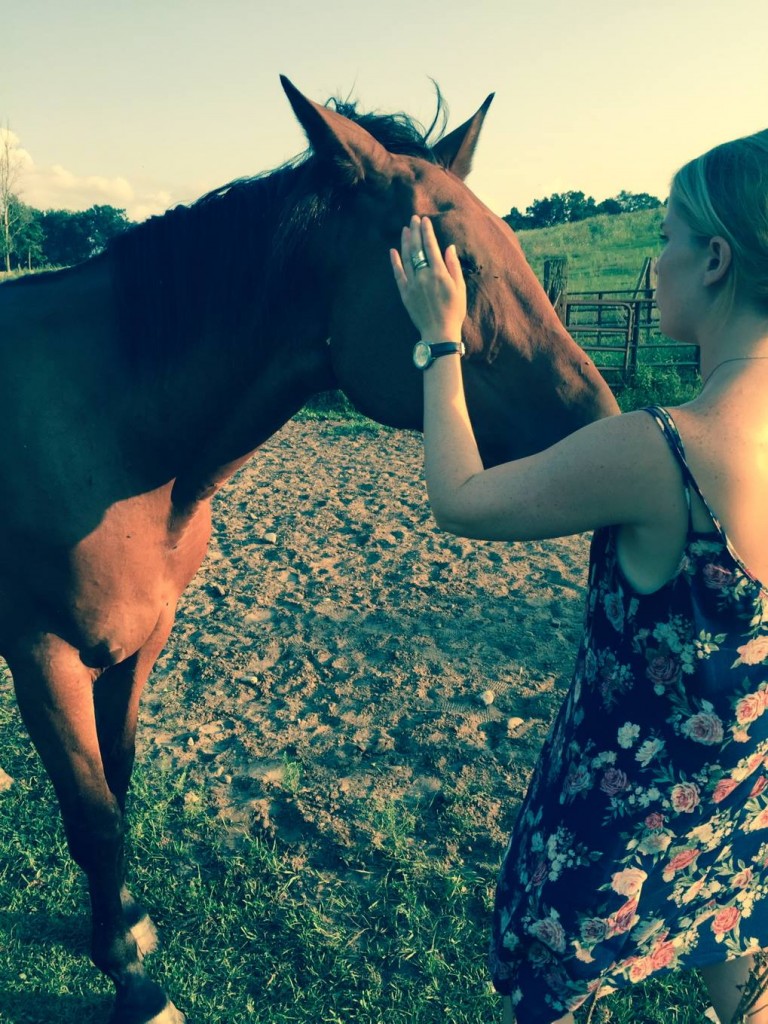 What’s your connection to the Midwest, and how has the region influenced your writing?
I’ve never lived anywhere else but the mitten—so the answer is wholly and totally. Though I’ve travelled a lot both domestically and internationally, a winding dirt road with a deep ditch next to it makes me feel most at home. I feel most connected to small-town Michigan—those farming communities where you can’t go into the super market without running into someone you know and getting trapped into half-hour conversations.

So far, I’ve only been able to write about life in the Midwest. I’ve tried setting stories elsewhere and it always feels like a lie. I’ve started umpteen stories about Greece—the country I’ve visited most on the roster of countries I’ve visited—and never has it felt quite right. The aspects of Midwestern life that most resonate with me are growing up in a rural setting and translating my fascination with the growth of green things into stories.

What do you think is the most compelling aspect of the Midwest?
The down and dirty aspects of it, for me at least, compel me to chronicle my time in the Midwest: In particular, the deaths of my horses and the struggles of growing up in a very poor but very happy family of fifteen children.

How do your experiences or memories of specific places—such as where you grew up, or a place you’ve visited that you can’t get out of your head—play a role in your writing?
I most certainly draw from past experiences or specific memories and turn those into more interesting stories than they actually are. Which is, I think, what writing essentially is. Lately for me, I’ve been inspired by dreams and the moments of falling asleep and waking up where my brain churns up the most bizarre and compelling ideas.

Discuss your writing process—inspirations, ideal environments, how you deal with writer’s block.
Ideally, my spot is at my kitchen table, late at night, some music playing softly in the background. Like I mentioned before, dreams have been playing a big part in my writing. If I have a particularly vivid dream memory, I’ll frantically jot it down right after I wake up so it doesn’t escape me.

Writer’s block for me isn’t necessarily a specific feeling, it’s a general distractedness that I think most people my age have (at least I think they do…). A lot of the things I do on a daily basis don’t condone creativity, so I have to put myself in a creative environment in order to feel like I can write. Unfortunately that isn’t always possible, so I try putting myself into new situations and reading lots of different forms of literature to get that creative fix.

How can you tell when a piece of writing is finished?
When I no longer feel challenged by it. Finished work bores me.

Who is your favorite author (fiction writer or poet), and what draws you to their work?
I probably spend twice as much time reading as I do writing. In the past year I’ve become obsessed with Jane Smiley. In terms of a favorite, I choose Ms. Smiley today because as of now, I’ve read her books consecutively more so than any other author except J.K. Rowling. Her stories are quite often set in the Midwest, so this is a perfect response, right?

What’s next for you?
I’m in the process of applying to MFA programs for the 2016-2017 year. So hopefully graduate school is next for me. On a smaller scale, I’m planning to visit my family farm in the next few months to finish training my horse, Thunder (not the most creative name, I admit. But do understand I named him when I was ten). It’s been a dream of mine for several years now to finish his training and someday take him to live with me on my own small farm. Here’s to dreaming!

Where can we find more information about you?
Gosh, that’s creepy. Nowhere…I hope.