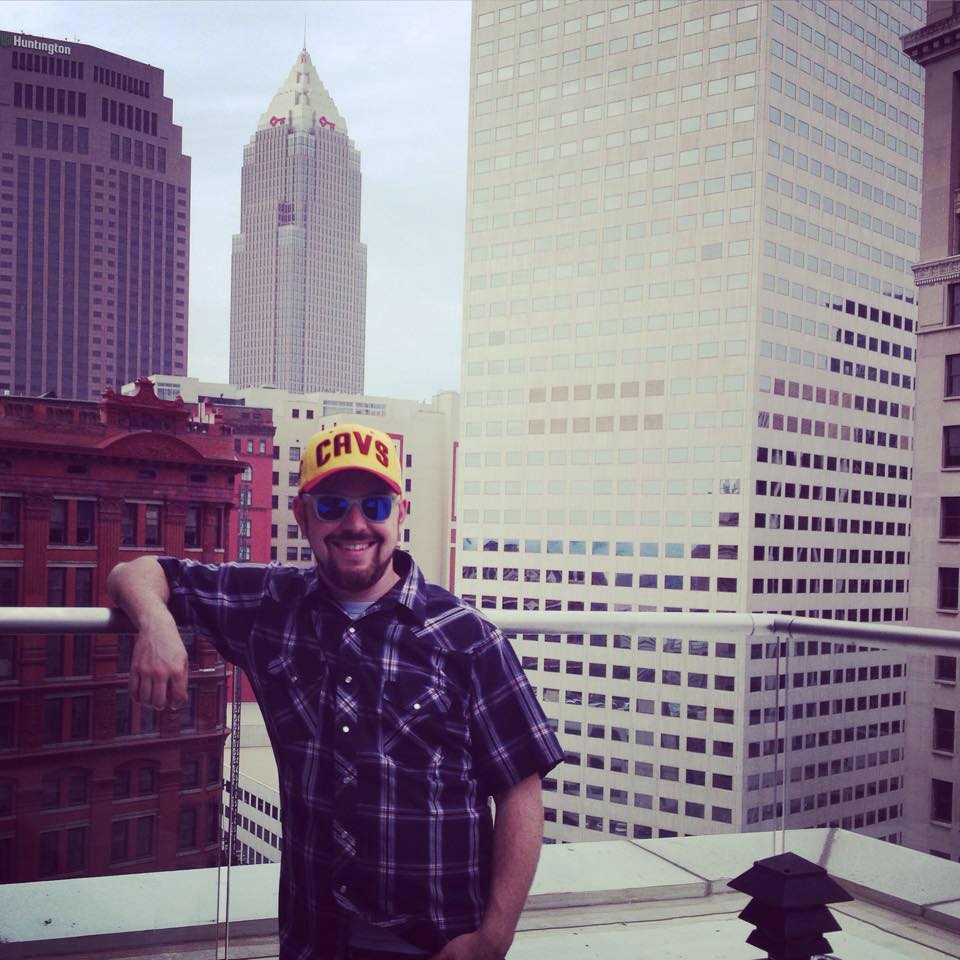 I was born and raised in the suburbs of Cleveland. I recently moved to Lawrence, Kansas for graduate school, and only after moving away from Cleveland did I realize how much it shaped my worldview. Every landscape of my childhood shaped the way I see the world, from Applebee’s by the offramps to the blighted houses of the East Side. This is my world, and I haven’t really figured out a way to write about anything else.

I think it can be best summed up in the experience of cheering for the Cleveland Browns. You know any given season is going to have a pretty high quotient of misery, not to mention ungodly cold weather, but you’re nothing if not proud. This pride-in-misery builds community. The nod from one Browns fan to another is like how Jeep owners look at each other. It’s a Cleveland thing. You wouldn’t understand.

I need a line first. I usually start with that single line which is the pebble that hits the windshield to make the spider crack. For “The Middle West,” it was the line about $2 margarita night. If I can’t think of that line, I listen. Whenever someone says something great, I write it down. I have a list of lines to bail me out of writers block. One of them is “the smell of other people’s backseats in summer.” I haven’t written the rest of that poem yet, but I will someday.

I could answer this a few ways. First, when I feel comfortable reading it out loud. Second, when it gets published (and if that’s the measure, I’ve only “finished” a handful of poems). I realize both of those are dependent on outside validation, but I think that an audience really is a part of me deciding when something is done. Once it leaves my hands and I give it to someone else, there’s not much else I can do, is there?

Erika Meitner’s newest book Copia is really fantastic in ways a lot of Midwestern Gothic authors would appreciate. She tells these really image-heavy, totally affecting stories that are set in dead malls and Wal-Marts and Detroit and Niagara Falls—places that feel familiar to me but often get ignored for more exotic or “lovely” places. I also read a tremendous amount of fiction, and I’ve recently finished reading everything Elenea Ferrante has written. She’s incredible. I’m drawn to her because her books feel classic and current at once: she’s telling a story for the ages with a keen contemporary eye and ear.

I have one more year of my MFA left, then, who the heck knows.