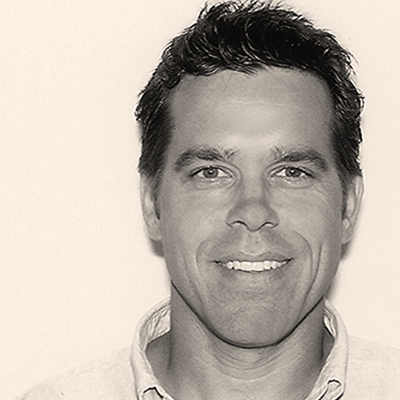 Midwestern Gothic staffer Allison Reck talked with Rich Fahle about his involvement in the Midwest Literary Walk, coming up on Saturday, April 30th from 1-5pm in downtown Chelsea, Michigan.

Allison Reck: The Midwest Literary Walk, which you currently help organize, is hosted in Chelsea, Michigan. As a region, what significance do you believe the Midwest has to the literary tradition?

Rich Fahle: Not only is the literary tradition of the Detroit / Michigan region rich—including the likes of Pulitzer Prize winner Jeffrey Eugenides, the great Elmore Leonard, American treasure Joyce Carol Oates, Pulitzer Prize winner and former U.S. poet laureate Philip Levine, and others—but the new talent emerging from the Midwest are some of the most exciting voices in literature. Look at the list of authors and poets living or writing about the Midwest today: Matt Bell (Scrapper), Kyle Minor, David Giffels (The Hard Way on Purpose), J Ryan Stradal (Kitchens of the Great Midwest), Angela Flournoy (The Turner House), Bonnie Jo Campbell, Emily St. John Mandel (Station Eleven), and (for the time being, at least), Roxane Gay. Plus, we can’t forget icons Jane Smiley (Last Hundred Years trilogy), Louise Erdrich, and Marilynne Robinson, a trio of literary lionesses.

Of course, the list of authors at this year’s Midwest Literary Walk are also a fine collection of the writers who either live here or write about the region – Detroit poet Jamaal May, University of Michigan Helen Zell Writers’ Program professor Claire Vaye Watkins, Cleveland native and New York Times bestseller Paula McLain, and National Book Award finalist Christopher Sorrentino, who has written his own Elmore Leonard-infused novel of the Midwest, The Fugitives.

AR: This event has quite an established history, celebrating its 8th year later this month – what was the inspiration to begin the Midwest Literary Walk?

RF: The Midwest Literary Walk was created in 2009 by the prolific Detroit poet M.L. Liebler, who at the time was Chelsea District Library’s Artist-in-Residence. With M.L.s early guidance and a Chelsea Library team that believed that the event could expand and attract more book lovers from around the state, the event grew. Since then, Midwest Literary Walk has consistently featured a thoughtfully selected lineup that celebrates the talents of distinguished Michigan writers and poets, along with writers of national prominence.

Each year, the Midwest Literary Walk builds and expands, attracting larger audiences to multiple venues throughout Chelsea, a town so many in Michigan know as the home of Jeff Daniels’ Purple Rose Theater and the iconic Jiffy plant.

Last year’s event included Angela Flournoy on the cusp of her huge literary year for The Turner House and Edward Hirsch for his beautiful work of poetry, Gabriel: A Poem, and others. This year is no different, with perhaps the Walk’s best lineup ever.

AR: This event is meant to highlight “the power of literature and poetry in everyday life.” What does this ‘power’ mean to you?

RF: Books, literature, poetry – all have an uncanny ability to shine a light on the issues we struggle with and think about every day: Family, heartbreak, social issues, cultural divides. For me, books have always been the doorway to other cultures and ways of life, to the experiences and perspectives of people I would likely never otherwise see; to issues of the heart that connect more deeply through the written word than other media. Like so many readers, through books I find myself asking questions I wouldn’t know to ask otherwise, and learning I’d probably not discover anywhere else. For me, books provide a place to be thoughtful and mindful, in a way that is more engaging and immersive than any other form of communication.

AR: What has been the most exciting part of coordinating this event for you over the years?

RF: The Midwest Literary Walk team is wonderful and my favorite part about scheduling and working the event – book-loving passionistas all. The team and gang at Chelsea District Library make it most fun. Beyond that, there is a great personal thrill that comes after opening an email that confirms YES, the 2015 National Book Award winner for Poetry Robin Coste Lewis will come to Chelsea, MI to read and discuss her groundbreaking work of poetry. That’s pretty exciting, too. 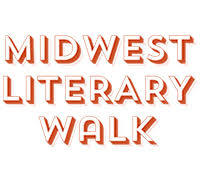 AR: What are you most excited about for this year’s Literary Walk?

RF: I know I sound like a fanboy here, but every hour of this year’s Literary Walk will be spectacular. As I mentioned, Robin Coste Lewis will share her National Book Award-winning book of poetry, The Voyage of the Sable Venus, but even more exciting, she’ll do it in conversation with Detroit poet Jamaal May, one of the most exciting voices in poetry today—and himself the author of a much-buzzed new collection, The Big Book of Exit Strategies (3 pm). Paula McLain will delight the huge number of fans who have read her bestsellers – The Paris Wife and most recently, Circling the Sun (4 pm). And Claire Vaye Watkins – a National Book Award “5 Under 35” honoree, Ann Arbor native now and author of one of the most talked about novels of the past year, Gold Fame Citrus will be wonderful (2 pm). And one of my favorite books of the festival is The Fugitives by Christopher Sorrentino—a National Book Award finalist himself for Trance. I’ll be interviewing Christopher on stage for his portion of the event (1 pm)

AR: Can you tell us more about how you choose which authors and books to feature each year in your event?

RF: Our criteria for which authors to invite to the Midwest Literary Walk is broad. In general, the Midwest Lit Walk team looks for authors that either live or work in the Midwest, or that write about the region—though we do occasionally invite other authors and artists to the event as well. That’s the case with National Book Award winner for Poetry, Robin Coste Lewis, who was born in Compton, CA and raised in New Orleans, but whose work is vital and relevant to all readers. In Robin’s case, we asked Detroit poet Jamaal May to interview Robin as part of her Midwest Literary Walk event, discussing the power of poetry and the role of poetry in our society.

AR: What is your connection to the Midwest?

RF: I’m a born-and-raised in Detroit suburb kid (Grosse Pointe mostly.) I left and lived in Washington, DC for a dozen years, but returned to Michigan to work in the Borders home office in Ann Arbor, leaving a year or so before the sad ending eventually came for Borders. I’ve lived in Chelsea, MI since returning and have been continually impressed with the Chelsea District Library, which sponsors the Midwest Literary Walk.  The Chelsea Library has created a model for small libraries all over America, driving literary culture, creating events and opportunities, and staying nimble and experimental.

AR: You also hold the position of Executive Producer and host of Book View Now on PBS, and are the founder and CEO of Astral Road Media. You clearly have a strong interest in the subject, but what do you think is the most compelling aspect of literature as a whole?

RF: My own life and work is an example of the transformative power of books and literature. Working with books has literally changed the course of my life.  Each day in my work with authors, booksellers, and publishers, I find so many other examples and stories of books helping educate & inform, open doors, reveal hidden secrets, create new life path, or provide a hint of inspiration to keep pushing forward. For me, the most compelling aspect is the absolute truth that books change lives.

AR: Is there anything else you would like people to know about the Midwest Literary Walk?

For those people, we’ve put together a very special Detroit Literary Bus Tour, which begins in Detroit at 11 am and includes the last two events of the Midwest Literary Walk in Chelsea.

Anna Clark, editor of A Detroit Anthology and author of Michigan Literary Luminaries, will host the bus tour, which also includes lunch at 1917 American Bistro before heading to the Midwest Literary Walk events with Robin Coste Lewis / Jamaal May and Paula McLain.

The Midwest Literary Walk is completely free, but the Detroit Literary Bus Tour does have a $53 fee, which covers the lunch portion and transportation to and from Detroit, in addition to the Detroit Lit Tour with Anna.

You can sign up or find out more about the Detroit Literary Bus Tour here: http://midwestliterarywalk.org/?page_id=914

Rich Fahle is the Executive Producer of PBS Book View Now, providing national coverage of book festivals and other major literary events for PBS. He’s formerly VP Content and Entertainment for Borders, where he produced digital content with authors and musicians. Prior to Borders, Fahle oversaw media relations and communications as chief spokesperson for C-SPAN, the iconic public affairs network where he helped launch BookTV, and was a long-time manager and bookseller at Kramerbooks, the thriving independent bookstore in DC’s Dupont Circle neighborhood. He is also the founder and CEO of Astral Road Media, a media marketing and distribution company focused on authors and writers. He volunteers as one of the organizers for the Midwest Literary Walk in Chelsea, MI.