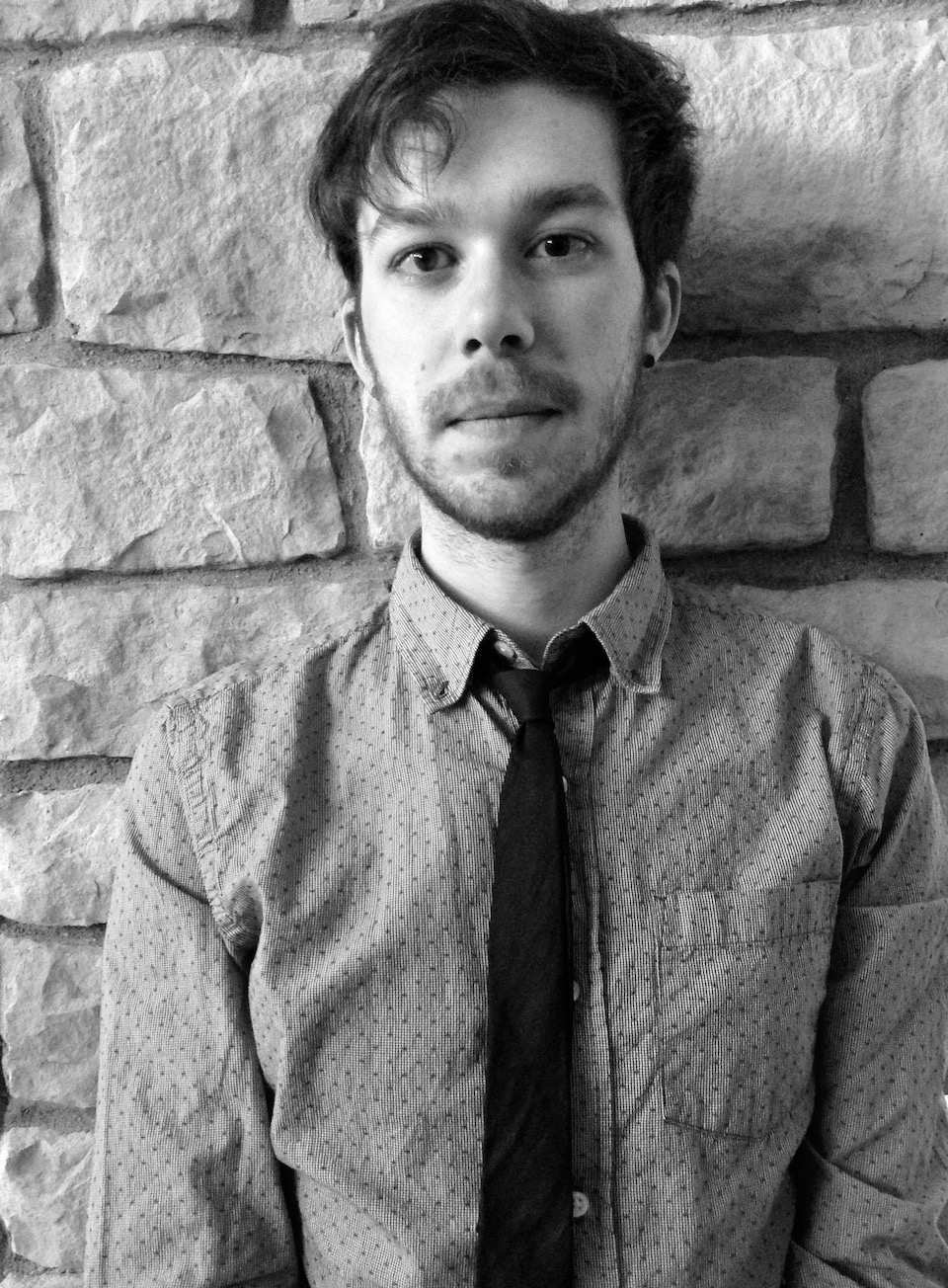 Curtis Dickerson’s story “Have My Time” appears in Midwestern Gothic Issue 21, out now.

I’ve always lived in southwest Ohio. The majority of that has been in Dayton–where I am now–but I lived in Oxford for several years as a student at Miami University. For me, the midwest’s biggest influence has been the way religion manifests itself here. I was born in the midst of the AIDS crisis and was in junior high when opposition same sex marriage won a second term for President Bush and I had just graduated college when President Obama became the first president to voice support for marriage equality. Ohio–thoroughly purple–plays a not insignificant role in national politics and evangelicals here have a very loud voice. It was a couple in Cincinnati whose struggle this past summer against our 2004 state constitutional amendment eventually won marriage equality nationwide. So, I can’t separate myself and my writing from the politics involved, which very well might be a midwestern trait. I don’t know, I’ve never lived anywhere else.

There’s a very specific way midwesterners tiptoe around what it is they’re trying to say. I see it with my students who are trying to argue something in a paper and I see it at Thanksgiving when a contentious topic comes up and we all clear our throats and change the subject. I don’t think we like confrontation–and that might be me projecting–but I think we recognize a certain value to holding our tongues. Why offend? What’s the point? Plenty of people believe plenty of crazy things and it’s easier to just let them think what they want to think. The exception for me is when those beliefs put into action affect how I get to live my life or how others do–hence gay rights, hence Black Lives Matter–but for the most part, I think there’s something really beautiful that’s at the heart of the midwest: You do you, nobody’s stopping you.

I get hymns stuck in my head all the time. Or worse, songs that we learned to memorize Bible passages. The tune will come first, then the lyrics, and when I realize what the words are, I’m always taken back to this one room in the church where we had Sunday school that had a huge version of the church logo painted on the wall. How are memories connected? For me, smell comes first, or melody. Then I’ll get the words, or a single item, then the whole place is realized. I visited the library near where I grew up recently and the smell was the exact same smell! Not just library smell, musty books, this library in Dayton has such a specific smell that it totally brought me back to summers I hadn’t thought of since they happened. When I’m writing, I’m invested in giving a reader something specific that they may or may not latch onto, but how do you fully realize a space through words? It’s not possible. I think it’s much more realistic to mention something that might remind a reader of something from their own past that can help them fill in the gaps.

I’m fortunate in that I always have several projects going at the same time. When one’s not working, I just close that document and open up any of the number of things in process. I set aside time to write most days and I try to read for twice as long as I’ve written. It’s a flawed process in some ways–nothing ever gets finished–but when I sit down to write, there’s always something to work on.

I have such a hard time finishing things. When I think it’s done, I’ll send it to one of a few people I have read my work, and they’ll send it back and point out something I didn’t think about and I realize it’s not as finished as I thought. Gore Vidal extensively revised The City and the Pillar seventeen years after its publication, so maybe writing’s never done. I don’t have a good answer to this question, but I’m still in the chrysalis stage as a writer. Ask me when I’m a butterfly.

This changes so often–a year ago it was George Saunders; two years ago it was Ishmael Reed; three it was Don DeLillo–but right now I’m obsessed with Bret Easton Ellis, who doesn’t get nearly enough scholarly or critical attention. I read him for the first time last summer and since then I’ve read almost everything. The way he captures and reproduces a particular character’s thought process is remarkable. I’ve been doing my own writing thing for a couple years now, but when I read Ellis, it was like the definition of what I had been trying to get at without realizing it. Sexy, dirty, disorienting, hilarious, relentlessly psychological–his work is brilliant.

As I said, I have many projects, but none that ever seem to get finished. The story published in this issue comes from a collection I’m putting the final tweaks on, but for now I’m just happy to have had this story selected and to be featured in such good company.

I’m on Twitter sparingly (@CurtisNotCurtis) and you’re welcome to direct any fan mail and/or love letters to curtisryandickerson@gmail.com. Other than that, I’ll just be kicking it here in Dayton, Ohio.