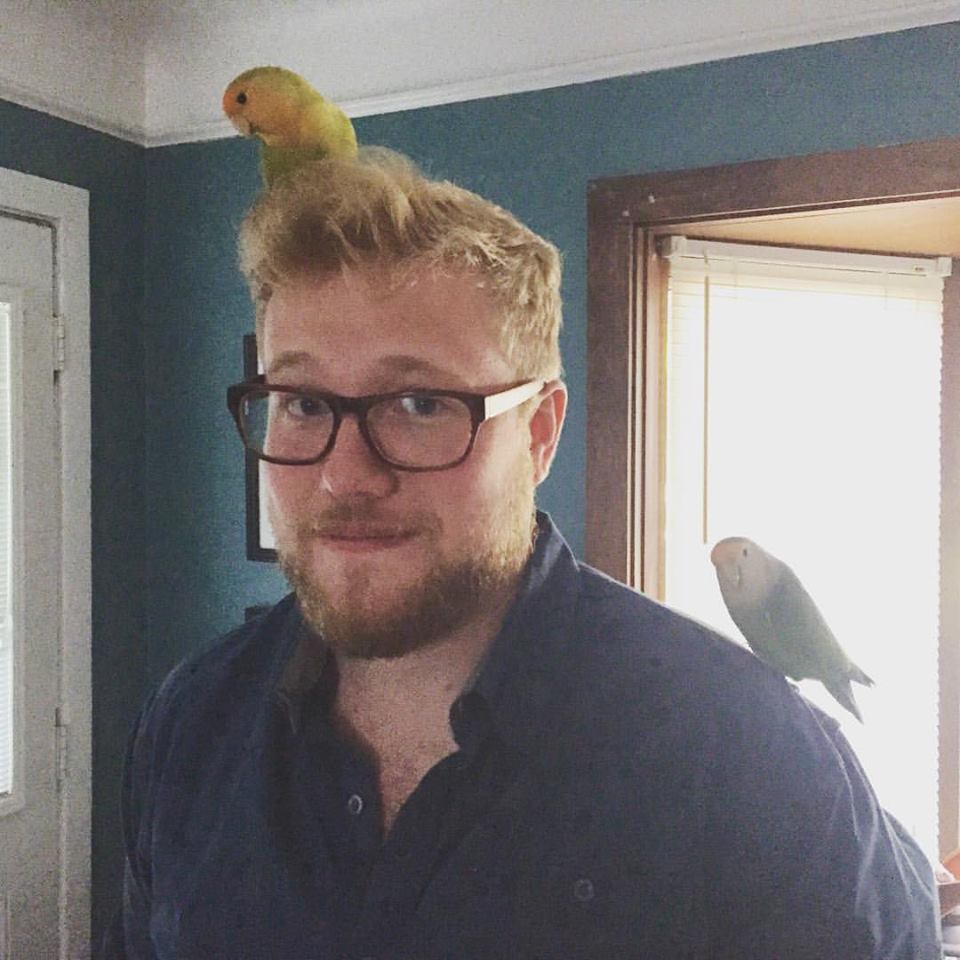 I’ve lived in Michigan my entire life, which feels like maybe an accomplishment or maybe just a lack of ambition. I think the Midwest is one of the prettiest places in the world and also pretty consistently depressing as hell to be in and around. The stubbornness required to walk to class for five consecutive winters in Isabella County is almost funny in retrospect (remember that week I slipped on ice and fell every single day in front of the 7-11? Classic.) but beyond bleak to be living through. It’s not a great state of mind to be in. I visited California for the first time at 18 and saw a palm tree and it honestly occurred to me for the first time that not everyone has to fight through multiple months every year.

Then there’s the juxtaposed poverty and nature everywhere—big, beautiful fields in the middle of a city. It’s maybe a trope at this point, but we’re still seeing it all the time. It’s sinking in somewhere. This has lead to me chalking sad stuff up as pretty and finding really, really lovely things almost a bummer. This tends to show up in my writing. Also, saying swears a lot.

It’s a strong tie between a dark, growing conviction that our economic and political reality could be a preview of what the rest of the country can “look forward” to in 20 years and the universal sense of morbid humor present in the humans who stuck around. I don’t think any other region is as universally, bitterly funny.

I don’t mean to come across as overly down on the state or the region. I love living and working in Ann Arbor and am cautiously encouraged about Detroit. But it’s hard to shake the feeling that I’m looking across from the “good” side of an escalating divide and seeing things as positive because they are for me. There are a lot of families being permanently left behind. That’s hard to sit on a sand dune and feel too good about.

I was so buried in books and GameBoys and the tumbleweeds rolling around in my own little fuzzy head growing up that I didn’t really start paying attention to people or places until around high school. Then it was really the bizarrely funny people I met working odd jobs in high school and during college all over Metro Detroit that sunk into me most and still play a big part in my head. I worked in little doctor’s offices and a warehouse and a machine shop and spent two summer selling illegal fireworks out of a tent in a parking lot in a not-so-great neighborhood. Everyone I interacted with was so much smarter and more interesting than I ever assumed adults would be.

I also think the freeway system in Detroit had a profound influence on the internal organization of my brain. The way it compartmentalizes poverty and lets us visit the neighborhoods and places we want something from but never want to live in. The way the tangled elevated loops of the I-96/Southfield interchange somehow feels more like the edge of the world than actually being lost out in nature.

One time I dealt with writer’s block by not writing for six months. That was not a very effective solution. I’ve lately found involving friends and other writers in my process (PROTIP: “look at this thing!” is a very good email subject line if you want people to look at things) as much as possible gets me back to a workshoppy place where I can be my most productive.

My process (boy am I ever uncomfortable writing that!) pretty much always revolves around coming up with a phrase or lyric–something with mouthfeel that bounces around in my head like a chorus. I’ll write down as many of those on scraps of paper or email them to myself or whatever else until I can start to cobble them together into something mildly substantial. Then I tear it all apart. Then I try to add in balance so as much of the whole shines to me like the initial phrase did. Then the emails to friends.

Inspirations are pretty cliché things like books and nature for sure, but also mixed in with an absurd amount of Wikipedia and podcasts and overhead conversation (I am a terrible person to dine with in a busy restaurant). I obsess over soccer highlight clips and sometimes steal little bits of phrasing from the more ridiculous announcers. Bless your jumpy heart, Ray Hudson.

I think the consensus amongst my writerly friends is that I actually can’t. Maybe no one can? That’s a bit comforting but probably untrue. It’s so hard! I’ll think I have something so polished and good just to find out it literally doesn’t make sense to anyone but me. And then I’ll turn around the next week and head five drafts down a blind alley when I had something great one or two versions in. Developing the dual skills to be able to really trust myself to call it quits when something is right and also swallow my pride and continue to fix stuff despite being attached to what I’ve done so far is definitely the process thing I’m currently working hardest on.

Well this is the hardest question. I think George Saunders probably fits more cleverness and humanity in his stories than any other writer I can think of. It’s all a big understanding, apologetic embrace of our poor squirrel genetics that aren’t equipped for the world we’ve accidentally built ourselves. I recently read Matthew Dickman’s collection “Mayakovsky’s Revolver” in the back of a car while my friends drove us through Wyoming and cried lots of very grateful, borderline happy tears. I think good poetry should be pretty approachable, and Dickman manages to make a very universal sort of sense while still delivering stiff kicks to the chest over and over. Shout out to Poet/Saint Jeffrey Bean for turning me on to his stuff. Also I think everyone, but most especially Midwestern people, should read Eula Biss’ “Notes from No Man’s Land.” It’s a necessary reality check. Okay, that’s my single author answer.

I think a nap sounds pretty good. This is actually harder than the author question somehow.

I have an unbelievably good position working on writing and editing things at Duo Security, a superb start-up in Ann Arbor. It’s neat. I also just began serving as Poetry Editor at Great Lakes Review, and I’m really looking forward to working with the team there on some amazing projects. I can’t really justify leaving my current life to pay for more college, but I’d always like to be doing more creative things outside of work. Maybe I’ll finally start that podcast about snacks.

I share lots of cute animal pictures and some tech and newsy things on twitter @andrewmdooley. There are some jokes and poems in there somewhere, too.