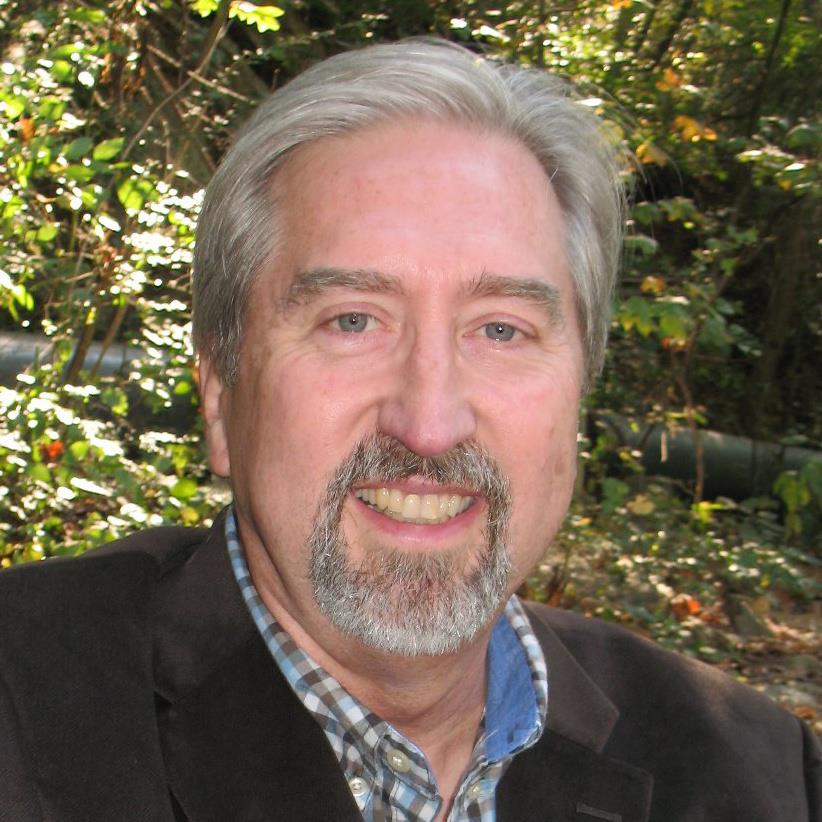 I was born and raised in Marion, Indiana to a father who was a communications engineer and a mother who worked in the public school system. Both parents read a lot; Dad liked science fiction and Mom favored romance novels. Out of that stew came (in time) a professor of mass communication and broadcasting with an interest in writing and editing. Although I wrote and published some poems while I was a student at Ball State in Muncie and during the five years I was an all-night announcer on an Indianapolis radio station (WNAP-FM), I didn’t take up a serious study of the poem until I took a mid-life sabbatical and moved South, where I remain.

The Midwest is simply part of my DNA as a writer. When images emerge in my mind (and thus appear in my writing) they’re almost always scenes from the Midwest. I’m more reticent as a self-promoter than others, adhering to the Midwestern idea that you don’t go around bothering people. Many of my poems are stories of ancestors who lived in Indiana or other parts of the Midwest. I also have a fairly strong Midwestern reserve so I find it hard to talk about feelings directly. That’s a distinct disadvantage in composing lyric poetry, which may be why so much of my work is narrative instead.

For me, it’s the countryside. My grandparents on Mom’s side had a farm out near Van Buren, Indiana and I spent many happy hours there just enjoying the freedom that came from being “a kid in the country” whenever Mom took us out there. Grandpa didn’t have a huge farm but it was respectable. To this day I can still smell the barn, see the fields stretching away into the mist of a summer morning, taste the freshness of the vegetables out of their garden, hear the horses and the birds.

So much of my writing begins, at least mentally and maybe spiritually, in the house in which I grew up and where my Mom remains. It’s the center of my particular universe. Everything seems to start there for some reason. It may not appear in the poem later on but that’s where ideas come from, a little house on east 38th street in Marion. I had a very vivid childhood as I grew up in that house with a lot of permission to exercise my imagination. Dad had a collection of science fiction novels from the Doubleday book club he’d finished with and stowed in my bedroom closet. I found those at about age 12 and promptly disappeared for the next few years reading one fantastic novel after another from the Golden Age of sci-fi. It’s as if some kind of dimensional meld finally occurred between the physical universe and the universe of my imagination at that particular spot. I come back to it again and again and again.

I truly wish I was one of those writers who wrote every day but I am instead very erratic. I can’t even say I have a “process.” An idea comes to me and I obsess about it until I get it onto a page and finish with it, ignoring pretty much everything else I should be doing instead. Sometimes several pieces are going at the same time like that, sometimes there are long stretches of relative silence. I’ve had to learn to be patient. I have a couple of critique groups I am part of and that sometimes motivates me to open the laptop and force something out. I don’t think of not writing as writer’s “block,” just that the field is lying fallow.

Honestly, I can’t always tell. My short and snappy answer might be “when it’s published” but I have found that this is not even a reliable gauge. I’m not alone in that; several poets revise their works when it’s time for their “selected.”

But I can tell when it’s mostly finished. I read the piece and then re-read it and if the words have the cadence I’m after, there’s an absence of errors and rough edges, the poem “flows” for me. At that point I send it out. If accepted, well and good. If not, usually time passes and upon rejection I spot something else I decide to fix or try and then it gets sent out again. Sometimes it has taken five or more years to get a particular poem published doing things this way, sometimes it’s quicker.

Hmmm. How many electrons can you spare here?! I have many, but some of my poetic inspirations would be, in no particular order, Louise Gluck, Richard Wilbur, Donald Justice, C.K. Williams, Robert Frost, Richard Brautigan, William Butler Yeats, John Keats and—yes—James Whitcomb Riley, whom my other grandfather would read to me during my boyhood.

Strangely, I have found myself reading Sherlock Holmes stories at bedtime every night for some time now. I don’t know what that’s all about, maybe resolution of some kind after a day of uncertainty.

Science fiction masters like Heinlein, Asimov, Simak, Clarke among many other lesser-knowns.

If there’s any commonality across these writers it’s attention to the unusual, the unconventional, the imaginative—sometimes the weird. That’s what I appreciate in all of them and what draws me to them.

I am in the final stages of a second collection and am looking for a publisher for it.

I no longer have a webpage, but my twitter handle is @napjox. I can also be reached at napjox@gmail.com.