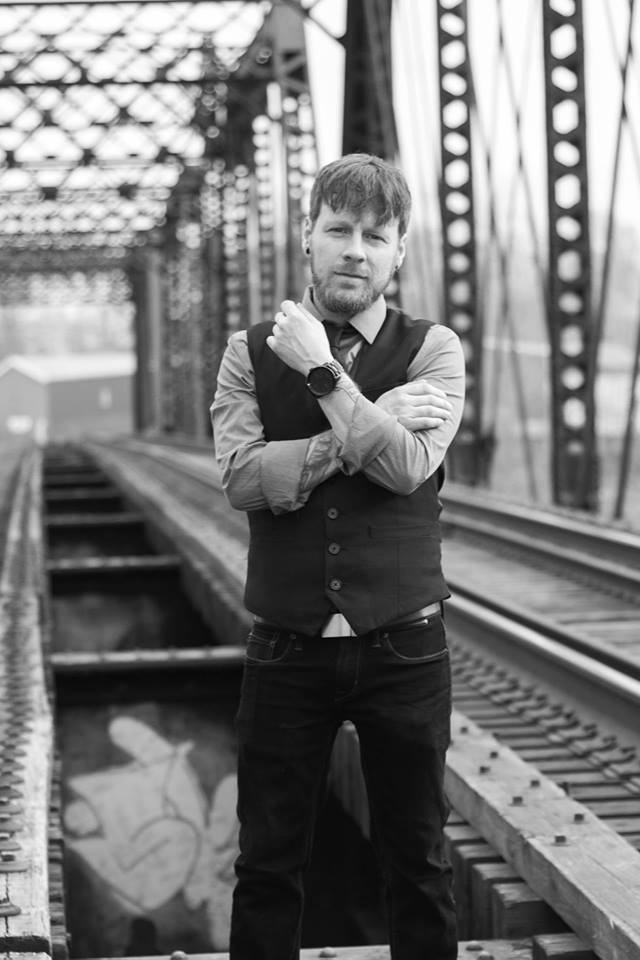 Zachary Gruchow’s story “Where One Should Have Never Been” appears in Midwestern Gothic Issue 21, out now.

I was born in Grand Rapids, Michigan and have spent most of my life in the Midwest. In 2004, I joined the Army and moved away. During my enlistment, I lived all over the US and was deployed to Iraq and Afghanistan, but I pined for home the five years I was gone. When I got out of the Army I moved back and bought a house that I’m constantly fixing up. It has become my roots to this region and a great source of security. I will live in Grand Rapids for the rest of my life.

The region has influenced my writing because it is the base of my experience. I don’t feel I could accurately portray a subject without intimate knowledge of a place or its people. A reader can tell when a writer is outside their element and that’s why experience is so important. Most of my favorite writers set their first stories in their homes and there is something compelling about writing when the author knows and loves the setting.

Both the people and the climate. A people reflect a region and in turn a region shapes its people. I believe the harsh winters here have left an indelible mark on Midwesterners. The frontiersmen and women who settled here had to plan and prepare to survive months of inclement weathers when crops wouldn’t grow. Shelter and housing had to be permanent and sturdy, which is why we are a more settled than restless people. These variables lead to a work ethic and pragmatic thinking that still exists today. We’re a hard, yet polite people and I really dig that. It makes for great characters.

The places that seem to stick out always have a mood to them, feelings almost tangible or so rich in history or symbolism they inspire awe. The setting is so important to a story. It is the backdrop in which the characters act out the scene and part of what really makes a piece of writing beautiful.

My writing process is mostly Apollonian, driven by method. I’m obsessed with detail and credibility. Though a piece is usually born out of some Dionysian inspiration, I strive for discipline in my method. I usually spend more time doing research than actual writing. I’m savage in my editing process and will rewrite sections several times till it feels right. A great piece of writing is like an iceberg, what we see shimmering on the page is supported by the massive structure below the surface.

As for ideal environment for writing, it’s at home with my dog. Usually on my laptop in the living room with the windows open, a cup of coffee or a beer, and wood burning in the fireplace. I’m currently remodeling a three-season porch on my house and looking forward to doing a lot of writing out there when the weather gets warmer.

When I have writer’s block, I struggle for a little bit, but eventually take a break from that piece. A walk with my dog through the woods can help, sometimes I meditate, but ultimately you have to put it down. If you’re not stuck with a deadline, try working on another piece and come back to it when it feels right.

There is a rush most times, like the sense of accomplishment you get when you complete a goal you value. You’re hurrying to type the last sentences and it’s almost hard to believe it’s done.

This amazing feeling is a falsehood though. You’re far from done. There are editing and reader tests and rewrites and more editing. I encourage my test readers to be brutal as well. Most aren’t, but my favorite edits are the mean ones. Better to get crushed on a draft rather than the final product. Good stories can bounce back like prizefighters and great fighters are known for preparation, technique, and making adjustments in the middle of a fight. Maybe I’m overly romantic or I spent too much time in the military but I believe writing should be practiced like a mortal art.

The Southern Gothic writers stand out to me as my favorites. I have a near religious reverence for Cormac McCarthy. I have been reading almost incessantly since I was young but when I finished his novel The Road in my late twenties, it reaffirmed that I wanted to be a writer. The story isn’t contrived but unfolding. Fate and supernatural forces randomly thrash about the characters that are always under threat of violence. McCarthy’s lush descriptions of setting yet scant prose and broad vocabulary are encompassing. I have read almost everything he’s written. The ambiguity and vague symbolism of Outer Dark still haunt me. I have never cried as long or as hard after a book as I did when I finished The Crossing.

My love of Cormac McCarthy compelled me to research his influences, which lead me to William Faulkner. As I Lay Dying is nearly perfect. Humans can be absurd creatures doomed to play out a script and there is a tragic beauty in that. I remember reading Flannery O’Conner’s short stories in high school too. O’Conner’s “A Good Man Is Hard to Find” was a pivotal piece for me. I had mostly read stories about archetypical heroes, usually white males, fighting villains or vying against nature. At the center of “A Good Man Is Hard to Find” is a despicable old woman whose innate and cultured flaws lead to her death and the murder of her family. What’s worse is it feels like vindication, the “protagonist” had it coming. It’s like O’Conner has made you complicit in a crime. I think I realized then that the best stories are usually told using nontraditional methods.

Though I have been writing poetry all my life, the switch to fiction is recent for me and it hasn’t been easy. I’m still learning a lot as a writer and am trying to do things to develop my craft. I’ve really been into Microfiction lately and have been writing a lot in this style as of late. Most of the topics have revolved around my experiences at war in Iraq and Afghanistan and how this has affected my relationships with others. Maybe I’ll amass enough to put together a collection. I am also working on my first novel, though it is too early yet to predict when it will be finished.

Is it okay to admit I still have a lot to accomplish yet in this area? I’m in the middle of building a website right now. The site will include a bio, pictures, some sample writings, and links to where you can find my work. The website address is zacharygruchow.com. I am fleshing it out now so what you see is just the start. I’m also planning to re-release my first book of poetry in the near future, and I’ll post more information on there.

Also you can email me at zachary.gruchow@gmail.com if you have business, possible collaborations or any questions. And thank you guys so much for this opportunity. I’m honored.