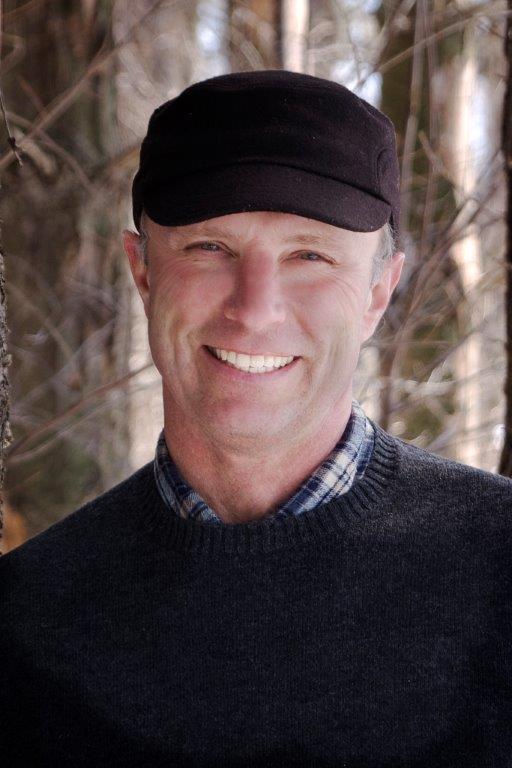 A large portion of my life has been centered on the northwestern Illinois dairy farm where I grew up and later farmed for 30 years. It was the quintessential Midwestern family farm where we raised crops and milked cows, the perfect place for my siblings and I to grow up, and later, for my wife, Cheryl, and I to raise our family. The Midwestern family farm provided my experiences, my voice and my window on the world. My work has been one long attempt at capturing all that into words. I found that place, work, and the land of the Midwest were the perfect seedbed for my words.

I could not live without a strong connection between work and home. For most of my life, work was the farm that surrounded the house I lived in. I never commuted – I just walked outside. When I was a child, my dad was always right outside, working. Eventually, I joined him. That is a very Midwestern reality. I valued living in a place strongly connected to work. A place where the seasons changed and with them, the work changed, from planting to harvest to winter chores. The very ground, skies and vistas of the Midwest help form the people and the lives of the region.

The farming life is the basis of my work – how I came to love it, the idea of a home place connected to good land, and eventually, the letting go and moving onto a new life beyond the farm. For many years I wrote the farm work into my poems. Recently, I have been dealing with the emotional cost of leaving a home place. This theme has become prominent in my work. I now realize that one can love more than one place, and leaving a way of life for another does not diminish all one has loved and accomplished. It has been tough but change has as many benefits as steadfastness.

Farmers work a lot so I had to combine the work with the writing, or else I would never have found the time. I saw things around the farm, or caught something someone said about the work or the weather, and formed a poem from it. Jim Harrison urged writers to see the world “with a poet’s eye.” I tried to see the farm and the work that way. If I found I wasn’t writing much it usually meant that I wasn’t seeing closely enough. The farm and the work were poetic in their very existence. I brought that poetry into my words. I don’t struggle with writer’s block very much as I have become accustomed to letting the poems come to me as they will. The rest of the time I have always been, and still am, busy working on things beyond the page.

There is almost a sixth sense of peace that comes over me that tells me I have said all the poem needs to say. To add more would actually be a detriment, like too much clutter in a beautiful house. Recently, I have been writing in shorter lines using less punctuation, while hoping to capture what I was feeling in fewer words. I am not sure I have all that much that is profound to say other than what I see and what I feel in a moment, so that is what I try to capture as purely as possible.

At the risk of sounding like a boastful father, I would have to say my son, Austin Smith (austinrobertsmith.com). We share many of the same inspirations and views, but Austin captures them in a rare and beautiful voice. His perceptions of the Midwest have been shaped and altered by extensive travel and scholarship. This gives Austin a unique understanding of the struggles and emotional risks of Midwestern people in a very moving way. Beyond Austin, the poet Gary Snyder has been a major influence on my life, my writing and my view of the world. And I treasure the work of Michael Mott, Dan Gerber and Lucien Stryk.

Keep working! Explore new themes now that I am a few years off the farm. Look deeper within and see what I have learned as I age and what might be worth trying to express to others. The type of farmer I was is rapidly disappearing from the Midwest so I would like to capture what was, why it is fading and how we can all deal with the coming changes. I have begun working in the essay form to write about these themes. And after so many years in one place, I want to find new trails and head down them to see where they might lead, though I expect more than one may circle back.

I’ve got some catching up to do on such things as website and social media. I am more comfortable with tractors. I’ll get to it and let you know!