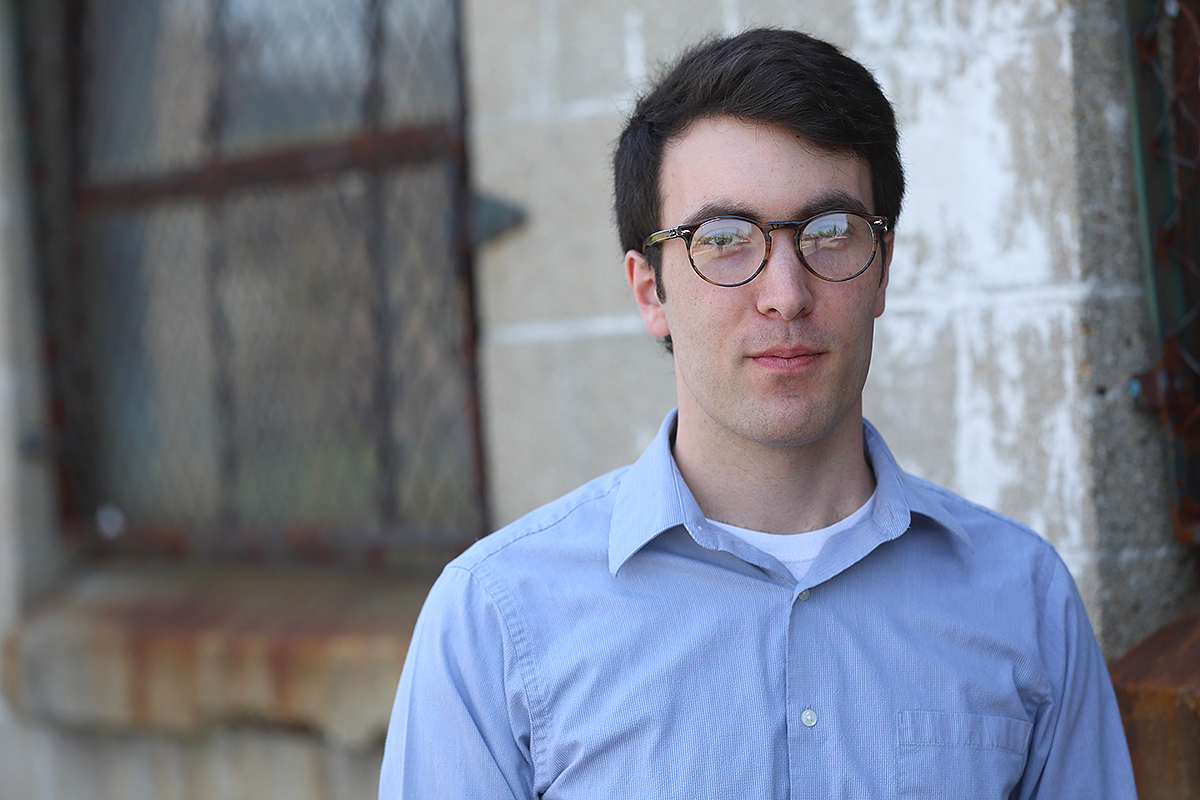 I was born in Indianapolis and lived there pretty much my entire life. My dad’s family is from northwest Ohio, so we’d drive past northern Indiana’s flat cornfields every few months to visit. Now I live in Minnesota, so I drive past Iowa’s relatively hilly cornfields to visit my folks.

The lack of hills, by the way, isn’t any Hoosier’s fault. It was those damn glaciers.

I love the indefinability of the Midwest. It’s urban and rural, diverse and sort of homogenous, exciting and boring. The region’s borders, which states are included — that’s much more subjective than most people think. Growing up, I always thought it encompassed Indiana, Illinois, Ohio, Michigan, parts of Iowa, and Louisville, Kentucky — the part attached to that big bridge, at least. But someone from Missouri or Kansas would say that’s ridiculous, that Ohio belongs to the east, and Kentucky’s in the south, and Indiana — well, people are never really sure what to do with us.

The term Middle West, I read somewhere, was coined to describe Kansas and Nebraska anyway. So Indiana’s more Middle East. But we don’t say that because it would make the governor too nervous to be surrounded by us.

I have to admit, though, this isn’t my original observation. It’s something I first became aware of by hearing Michael Martone at a reading and then later reading a passage about it in his book, Michael Martone. However, I have noticed it more and more since I’m in grad school with people from Iowa and Missouri and Minnesota and people from the coasts whose ideas about where the Midwest is and isn’t are interesting in a whimsical sort of way.

There’s only one geographical truth of the region: Every Midwesterner lives at the dead center of the Midwest. No one’s ever on the edge.

Like the protagonist in my story — and the “antagonist,” too, if you want to call him that — I grew up in church. It was a Church of God, to be specific, which began as a sort of anti-denomination designation, a church without labels. It’s the one based in Anderson, Indiana — not the snake-handling counterpart out of Cleveland, Tennessee.

Church was a twice-a-week fixture in my life for about twenty years. And sometimes I’d be there every day of the week, since I was the part-time janitor. I’d go sweep or wash windows for an hour after my regular construction job. It was a community where I belonged for a large percentage of my life. So I write about church and faith and whatnot a lot.

My writing process is a joke. I am so bad at setting a specific time to sit down and crank out x-amount of words. Once I wrote on a park bench; I’d recommend it, if the forecast is clear.

Usually, inspiration hits when I think of something totally ridiculous and think about how I could make it more than just a punchline. For instance, a friend recently asked, “Who even goes to exercise classes at five in the morning?” I replied: “Drunk people.” And a narrative started in my head, two friends on a bender decide they want to make a change, get their lives together, and since they stayed awake all night carousing, it’s now five a.m. and they wander into an aerobics class where one drops a barbell on his foot. Now he can say trying to get your life together is harmful.

Something else happens, obviously, and something more, then a flashback to childhood trauma. Maybe the friends will finally realize they’re in love. The End. I haven’t started writing it yet, but believe me, you’ll want to publish it, too.

My best advice for defeating writers block is, ‘Take a shower, then try again.’ At three showers per day, the drunken aerobics story will probably be ready around 2021. Let’s talk more then.

Trick question! Writing is never finished. To decide whether a piece of writing is done enough to send out, though, I read through and ask if it’s good enough that I’ll likely be proud of it in ten years. By which I mean: I won’t in 2030 or whenever try to claim somebody published a bunch of garbage under my name as a sick practical joke. My other method is to try to read through a piece without making a single change. But I like to tinker too much.

I already spilled the beans, but Kurt Vonnegut is one of my favorite authors. I love how he’s funny and dark yet has something to say, not really a message of hope but definitely with a hopeful bent. There are so many quotable lines in Vonnegut’s work, the “Vonnuggets” as Steve Almond says. One Vonnugget for writers comes from Palm Sunday: “I think it can be tremendously refreshing if a creator of literature has something on his mind other than the history of literature so far. Literature should not disappear up its own asshole, so to speak.” I’ve been thinking a lot about this quote lately. Which, now that I think about it, may mean I missed the point.

I have to mow the yard, do my day job, editing, and later I’m going to a Mankato Moon Dogs baseball game. Among other projects, I’m tinkering with a long essay about Winesburg, Ohio.

I’m on Twitter (@JAFigy), creating polls about defining issues of our times. For example: “How often do you pour milk on your cereal?” or “How likely are you to respond to this poll?” (Data show that fifty percent of respondents are “Not likely…” to respond.) I also have a sporadically updated website, jfigy.wordpress.com. I like to call it my blague. Okay, enough joking around.