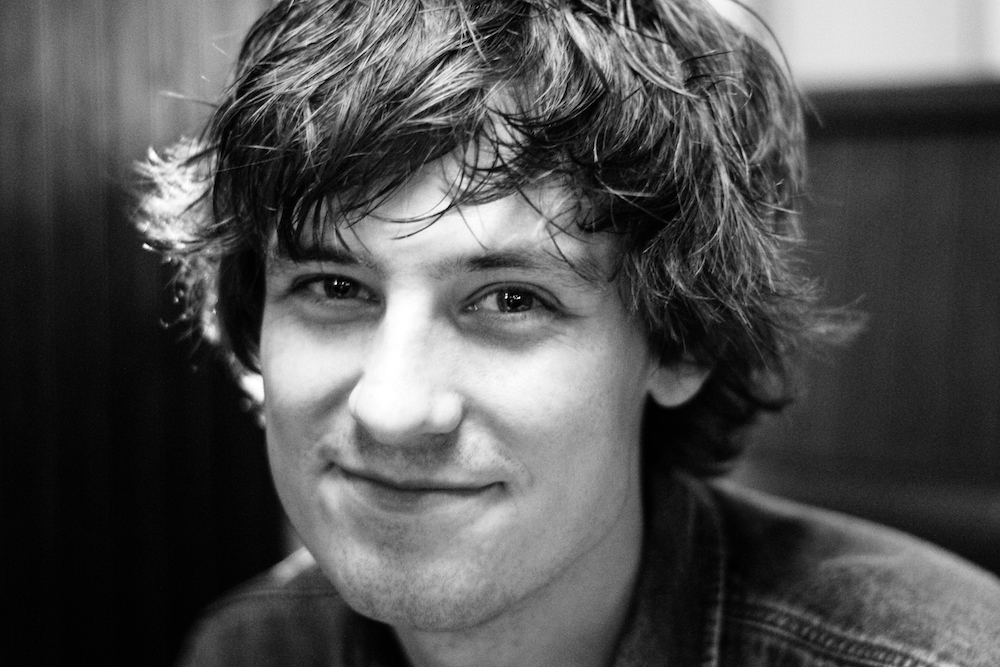 My family is from the South, but we moved around a lot when I was very young, eventually landing in Rockford, Illinois. I went to undergrad in central Minnesota and got my M.A. from Eastern Michigan University.

How has the Midwest influenced my writing? Quite simply, it’s where I received most of my education, both in terms of life and in terms of school. It’s where I survived for a year in a partially renovated barn while working at a rabbit sanctuary and shooting a horror movie that almost turned into a horror story itself. It’s where I learned to play hockey, where my playing career ended and new careers began. It’s where I struggled as a rookie teacher and soon realized that my wonderful students were having at least as big of an effect on my writing as I was having on theirs. Most of the people I love still live there. With the exception of one hurricaned year in Baton Rouge, I’m now residing outside of the Midwest for the first time since I was four years old. Skiing on real mountains and camping in Zion is not so bad a life, but writing about the Midwest still feels like a strange and inexhaustible home.

I’ll resort to a Werner Herzog quote here. I will trust readers to invoke their best Herzog accent: “People are very kind [in the Midwest], very big hearts, down to earth, hardworking, no bullshit, nothing like Hollywood, nothing like the craze in New York or whatever. Good people, solidly on the ground, generous. Everything that’s good about America you would find in the Midwest. And always the very best come from there. Hemingway from Kansas, Marlon Brando from also the Midwest somewhere. Bob Dylan from Minnesota. That’s where the good ones come from.” Of course, that quote comes from his commentary for the film Stroszek, which is the bleakest indictment of America and The Midwest that I can imagine. Herzog tells a story about how, during the filming of Stroszek, he and Les Blank were supposed to meet in a graveyard at night to dig up the grave of serial killer Ed Gein’s mother because they wanted to see whether or not he had exhumed her corpse. So, for me, it’s the warmth and work ethic and the no-nonsense aspects of the Midwest coexisting with the gothic and the insane that is endlessly fascinating.

Much of my writing is centered around settings in the Midwest that radiate some ineffable horror or intrigue. I will give one example. In undergrad, I volunteered playing piano at religious services at the maximum security Minnesota Correctional Facility in St. Cloud, a structure with a very strange history. In the 1880s the State of Minnesota bought the region’s first granite quarries, the Breen and Young, and used inmate labor to build what remains the world’s biggest granite wall around the quarries. There are no records that attest to inmate deaths as a result of silicosis of the lungs, but given the mining techniques of the time, I have no doubt that the death toll was high. After the prison was completed, they abandoned the quarry, leaving a steam-powered derrick at the bottom. Rain water gradually turned the quarries into very deep, very clear lakes—as one can see across the state of Minnesota — cold bodies of water in which nothing can live. I couldn’t shake away the place’s nagging history, and it became the historical backdrop of my novel, The Submerged Crane (which is still looking for a home). I mean, Christ… 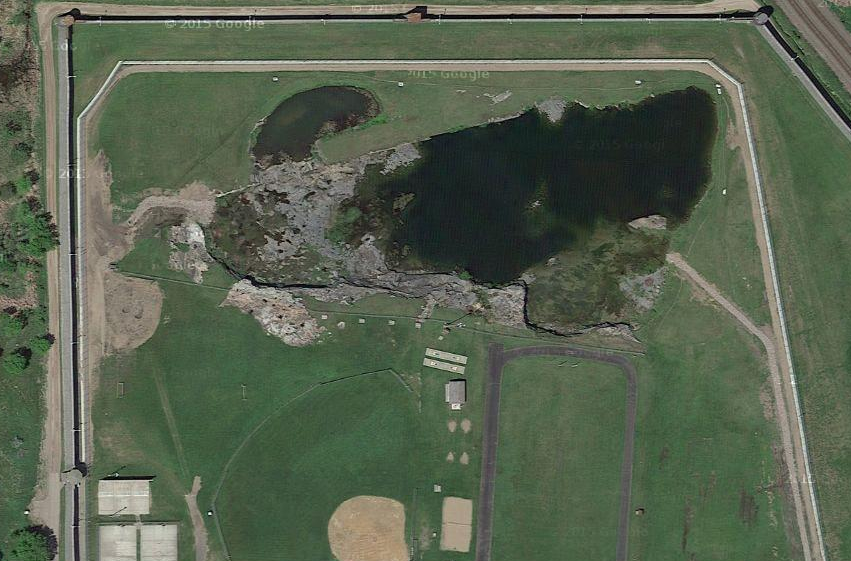 One more example. I grew up on a dead-end street in a thickly forested neighborhood with a castle-like convent behind my house. You can bet I’ve used that setting as well.

Most people would probably say that I have a terrible writing process: I check social media and/or unmute streaming hockey games between nearly every sentence I type. I used to think that this continual breaking of concentration must surely be having a detrimental effect on my writing — but I actually think it has led to some of my better work. It keeps me from returning to the blinking cursor until the next sentence is fully formed and ready. Usually I write to Brahms set on shuffle or a playlist that contains the following soundtracks: The Assassination of Jesse James by the Coward Robert Ford, The Fountain, There Will Be Blood, The Hours, and Music for Egon Schiele by Rachel’s.

The honest answer is that a piece of writing is probably never finished. But at some point we must part ways. On a micro level it’s all about rhythm. A sentence can convey the exact meaning I want it to, but I will stare at it and stare at it and check Facebook and unmute my hockey game and call my mother as many times as it takes for it to resonate in my bones, for it to achieve the lyric syncopation of natural speech (if that’s what it’s going for). My macro level terror is usually somewhat assuaged by highlighted pages strewn across the floor of my apartment so I can look at the thing like a topography. My cats love this part of the process, especially if I bring out the red string and pushpins.

The work of my peers and professors at the University of Utah is a source of continual inspiration… though I think I shouldn’t name one of them without naming all of them! (Okay: Rachel Levy’s A Book So Red, Susannah Nevison’s Teratology, Sara Johnson’s Bone Map, and Laura Bylenok’s a/0.) Muriel Rukeyser is probably my favorite writer, as her sequence of poems, The Book of the Dead, combines such diverse material as appropriated court documents and stock quotes with great lyricism to do real work in the world, preserving the memory of the Hawk’s Nest Tunnel Disaster of the 1930s and offering contemporary readers a powerful corollary for ongoing injustices. In terms of more recent work, I’ve been really fascinated by the writing of Bennett Sims, particularly his novel, A Questionable Shape, and his stories in Zoetrope, Story, and Conjunctions. His meticulous, Proustian descriptions sustain a sort of surface delight while, at the same time, something more menacing is building in the background to shock you out of your delight.

My story in Midwestern Gothic, “Prep Work,” is an excerpt from my “completed” novel HACK HOUSE, which is awaiting representation / publication. It comes out of the six years I spent working as a house painter in southeast Michigan before moving to Utah to pursue my PhD. The Hack House is a real house my crew worked on, built in 1888 using money from this weird electric sugar refining scandal in New York City. The widow of the fraud’s main perpetrator hid his death from investors so that construction of the house could continue unabated. My book combines the house’s true history with a contemporary story of class conflict, inflected by elements of horror from the workers’ contact with hazardous materials.

I also have an album / chapbook coming out soon from Punctum Records (as The Young Vish). I’ve been obsessed with Werner Herzog’s voice for a long time, and in this album I collage his DVD director’s commentary with my own electronic and chamber compositions.

Tracks from Fugitive Traces can be found on Sleepingfish, Quarterly West, textsound, and The Collagist. I write film reviews for The Rumpus, and my stories are forthcoming in Booth, Bateau, and North Dakota Quarterly. On Hobart, you can read about my attempts to reproduce the menu of the Soup Nazi or getting scored on by Justin Bieber at drop-in hockey.