In celebration of the launch of Eric Shonkwiler’s forthcoming novel, 8th Street Power & Light, we’ll be giving away copies of his debut novel, Above All Men, plus a Grand Prize of the entire Eric Shonkwiler collection!

How can you win a copy of these fantastic books? To enter: Follow us on Twitter and retweet any of the contest tweets between October 17th and 21st.

Here’s some info about 8th Street Power & Light, available now for pre-order and set to be released October 25th: 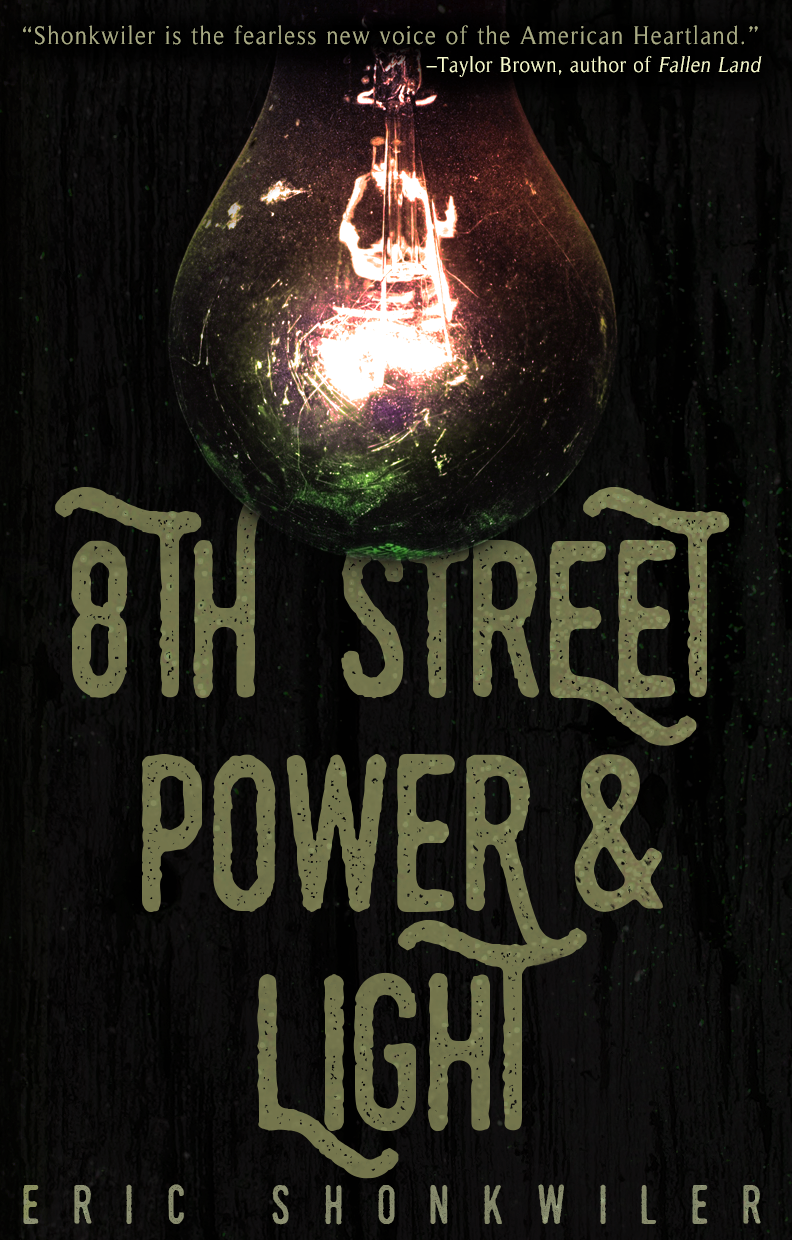 “Shonkwiler’s world is made of rust. In this relentless novel, no life is safe, no story too far-fetched and no bone unbroken. There is a reckoning coming. You will need a tetanus shot.”
— Andrew F. Sullivan, author of WASTE and All We Want is Everything

“Fans of hard-boiled noir will appreciate Shonkwiler’s style, in which spare syntax and tight dialogue rule the day. A star-crossed affair, unfolded with nuance, and the descriptions of a city lit up at night beat with the rhythm of poetry.”
— Britta Coleman, author of Potter Springs

Description
In an abandoned Midwestern city, there’s one last vestige of order and days gone by: 8th Street Power & Light. Part government, gang, and power company, 8th Street tasks Samuel Parrish with keeping the city clear of meth and bootleg liquor. Most nights, Samuel tracks down criminals, while others find him navigating hazier avenues: in between drinking and fighting, he’s falling for his best friend’s girl. But when Samuel rousts a well-connected dealer, he uncovers a secret that threatens to put the city back in the dark.

We’ll be giving away copies of Above All Men from October 17th through 21st.

We’ll be posting the contest tweet throughout the length of the event…and all you need to do is retweet it! Enter ONCE PER DAY for your chance to win! We’ll give away 2 copies (one print and one ebook) per day Monday – Friday, and a Grand Prize of the Eric Shonkwiler collection that includes ALL his novels: Moon Up, Past Full, Above All Men and 8th Street Power & Light for one lucky winner at the end of the week! 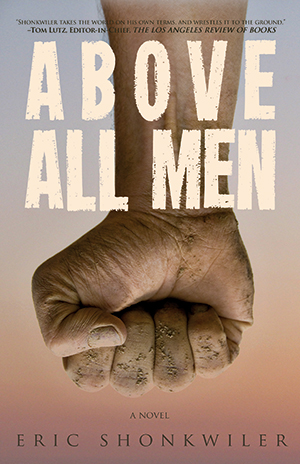 “Shonkwiler’s words are brilliantly poetic—quiet creepers that seem stark and undecorated on the surface, but the lines hum with underlying emotion.” – Leah Angstman, Los Angeles Review of Books

“Above All Men is a book you will not find yourself capable of walking away from…It’s a tale of survival as much as it is one of destruction. And Shonkwiler pulls it off effortlessly.” – Lori Hettler, The Next Best Book Blog

Description
Years from now, America is slowly collapsing. Crops are drying up and oil is running out. People flee cities for the countryside, worsening the drought and opening the land to crime. Amid this decay and strife, war veteran David Parrish fights to keep his family and farm together. However, the murder of a local child opens old wounds, forcing him to confront his own nature on a hunt through dust storms and crumbling towns for the killer.

Now for some rules:

– Once you retweet the contest tweet you are automatically entered into the drawing for the prizes for that day and the end of the week prize.
– Must have a valid Twitter account to enter the giveaway or to be an email subscriber.
– You get one entry per day — that means if you RT the contest tweet every day of the contest, you have a shot at winning all the daily prizes, and you get 5 chances to win the Grand Prize at the end of the week.
– Winners are chosen by Random.org random number generator after each RT is assigned a number.
– Daily winners will be announced on Twitter (the day after), and only RTs from that day will count toward that day’s prize.
– If you enter and win a daily prize, you can still enter, once per day, for the rest of the contest duration for a better shot at the Grand Prize. You can only win one daily prize per Twitter account.
– All prizes will be paid out at the end of the contest. Winners will be contacted individually.
– Winners of paperback books must have their prizes mailed to a U.S. address, or forfeit their prize.