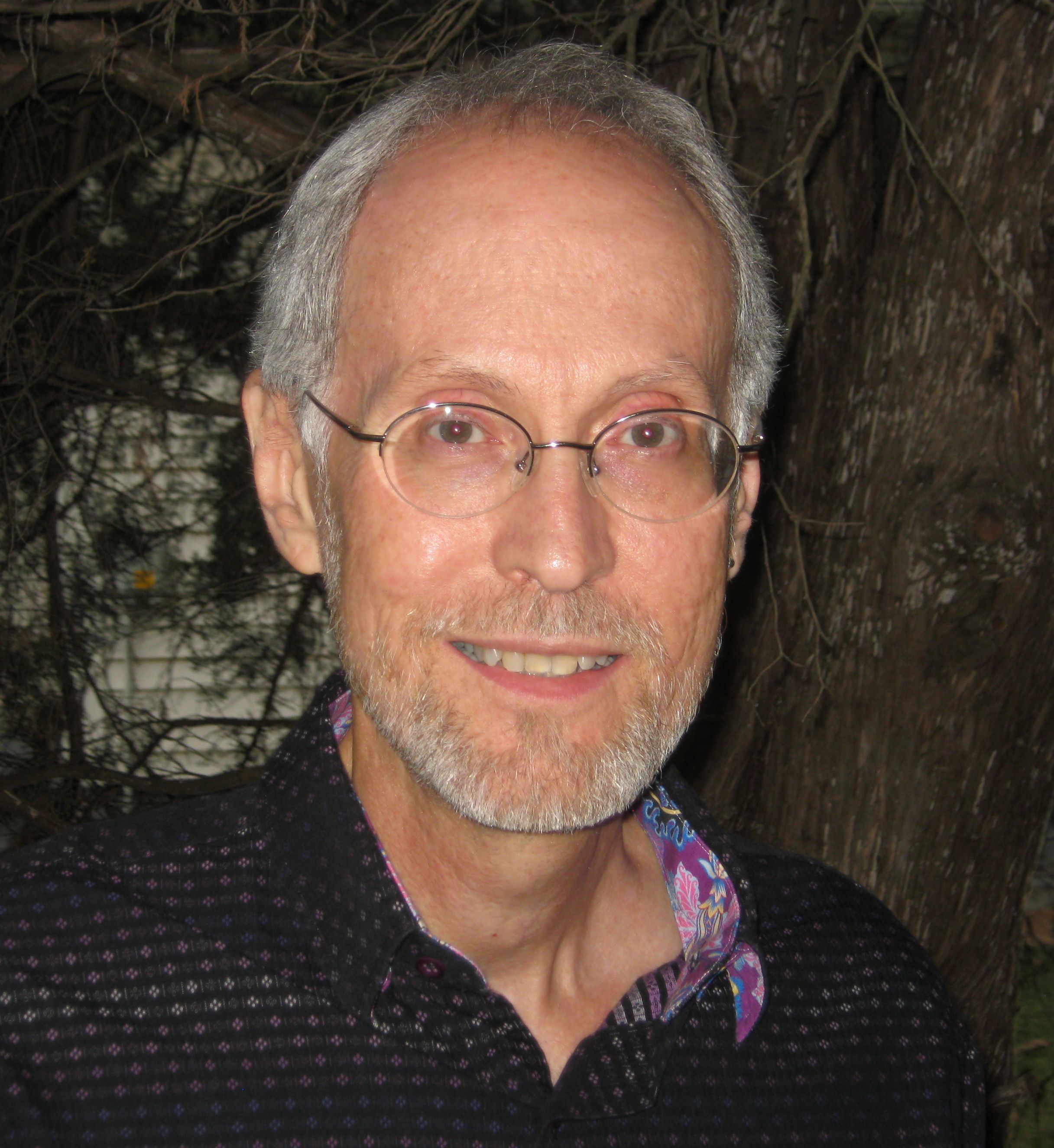 Lee Martin: I was born in a farming community in southeastern Illinois, and like many writers, I spent too many of my early years thinking that no one would be interested in reading about what I knew from those farms and small towns. Luckily, I finally figured out that this was the world I knew most intimately, and if I couldn’t make it interesting, I wouldn’t be able to make anywhere interesting. I spent a number of years away from the Midwest. Then, in 2001 I had a chance to return when Ohio State University offered me a teaching position. I’ve lived in Columbus ever since, but I make frequent trips back to the native lands of Illinois. In fact, I’m answering your questions today from the public library I used when I was in high school. Something about that please me very much.

SC: Your new novel, Late One Night, explores the transformative power of rumors and prejudice when searching for the truth, specifically in Ronnie’s attempt to maintain his innocence and discover the truth behind his family’s tragedy. What interests you about the genre of mystery, as well as these elements of unreliability in perspective?

LM: My new novel, Late One Night, is based on a true story that happened not too far from where I grew up. On a bitterly cold winter night, a house trailer out in the country caught on fire, and unfortunately a mother and some of her children died. I started playing the what-if game. I wondered what would happen if the husband was living outside the home on the night of the fire. I wondered what would happen if he was involved with another woman. And what would happen if the fire turned out to be the result of arson. Knowing these small midwestern towns as I do, it was only natural for me to wonder what would happen if rumor and gossip pointed toward the husband as the guilty party. What would that do to him and his fight for the custody of his surviving children? What would it all do to the community? In the story of Ronnie Black, I was interested in using elements of mystery to explore his character. I’ve always been interested in the things people carry with them – things they wouldn’t want known – and how much they can stand to tell at any one time. I use the mystery to put pressure on Ronnie until at the end of the book, he has no choice but to tell the entire truth of what happened at that trailer on that cold winter night. Even though Late One Night has an element of mystery to it, it’s not a traditional whodunit. I think we’re all unreliable narrators of our own lives in one way or another. I use the form of the mystery and the shifts in perspective as a way to highlight that fact. Ultimately, this is a story of community and family and the responsibilites we have to one another. 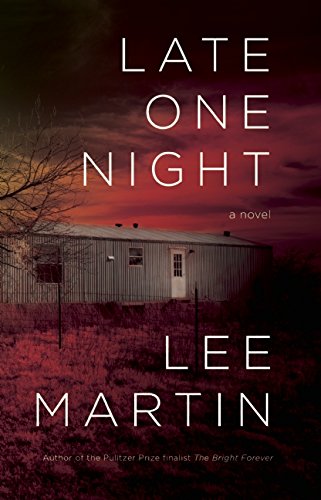 SC: Furthermore, your characterization of Ronnie attempts to humanize a character that would otherwise be seen as the heartless villain. What inspires you to disrupt this character stereotype, and what is your process in doing so?

LM: My challenge with any character is to see that person as completely as I can. Ronnie is hot-tempered and indiscreet. He makes rash decisions that often lead him into trouble. At heart, though, he wants what we all want: to love and to be loved in return. It’s also important to him, in the aftermath of the fire, that he prove himself to be a good father. In his heart of hearts, he loves his children very much. Yes, he makes poor choices from time to time, but there are other characters in the book – characters considered to be good people – who make poor choices as well in the name of doing the right thing. It’s so hard, this living, and we can cause all sorts of problems even at times when we swear we’re making the right choices. In many ways, to live is often to fail, and that’s what being human is all about. Ronnie is also a product of his place and his time. This part of Illinois is extremely economically depressed, and it’s ravaged by a drug problem and too many people living with too little hope. As a writer, I have to understand all of that just as I have to understand the history that a character like Ronnie carries with him. I often challenge myself to think of all of my characters, especially those like Ronnie, who may not be particularly admirable, as small children. If I do that, I can’t help but have empathy for them and an understanding of how they became the adults that they are. So I challenge myself to think in terms of opposites. I want to hold in my mind the image a character has presented of him or herself to the world, but at the same time, I want to be in touch with the opposing aspects of that character. I want to look for his or her moments of vulnerability and the moments they keep hidden. I want to see the children inside them, and I want to love them for the scars their living has left on them. This is all about deepening my characterizations, so my readers believe I’ve put a real person on the page.

SC: Despite living all over the country, you were born in Illinois and live now in Ohio. How has the Midwest influenced your writing, whether in Late One Night or your previous work? Are there any aspects of your work that you would call distinctly regional?

LM: I don’t think of myself as a regionalist, but I do take pleasure in dramatizing the stories of people in rural areas. These people don’t often have a voice in our wider culture, so I’m pleased to do what I can in my work to allow them to have one. I try to capture the nuances of characters living their lives in my little slice of Illinois, and, if I do my job properly, I let readers see that those characters’ lives aren’t all that much different from their own, no matter where they live. We all share the desire for connection, and we often make mistakes as we try to achieve it. I also take great pleasure in seeing the subtle beauty of a landscape that many people who don’t live there often deride for its flatness, its starkness, its agricultural ugliness, its lack of sophistication. The truth is the rural Midwest, no matter what some may think, is a place of beautifully dramatic changes in weather, of nuances of landscape, and glorious contradictions. Just like the people who live there. That’s what I try to capture in my work. If a writer is in touch with the landscape and the culture, he or she can’t help but be in touch with the complexity of the lives lived there.

SC: You have an extensive repertoire of both fiction and nonfiction books. How do your inspirations elicit a novel over a memoir, or vice versa?

LM: When it comes to deciding whether a certain experience will find its shape in fiction or nonfiction, it’s usually a matter of whether I think there’s something important for me to claim and to announce as my own. My first book was a collection of stories, The Least You Need to Know. They were stories about sons in difficult relationships with fathers. Writing that book was a completely different experience for me than the one I had when I wrote my first memoir, From Our House. Writing that book brought me to a level of understanding of what it was to have my father’s life that the stories never quite reached, at least not in a way that was personally significant for me. Patricia Hampl once said that the memoir is never about the past; it is, instead, about the future. If I sense that writing about a certain experience will give me something I need for the future, then I use that material in nonfiction.

SC: Is there a distinct decision process, or does the decision to write a memoir or piece of fiction come naturally?

LM: The decision about whether to use material for fiction or nonfiction is usually an instinctual one for me. The writing will make clear whether I’ve chosen the proper form.

SC: How does teaching influence your writing?

LM: Teaching is a creative activity just as writing is, and if I enter into it with that sort of energy, I usually get a good deal of energy back from my students and their work. I also hear myself say things in workshop that make me think about my own work in a productive way. It’s all part of the ongoing conversation that writing provides, and I’m grateful for it.

LM: Next up is a craft book about telling stories and the writing life, plus a new collection of stories coming out from Dzanc Books. I also have a draft of a new novel and a new memoir to get back to.

Lee Martin is the author of the novels, The Bright Forever, a finalist for the 2006 Pulitzer Prize in Fiction; River of Heaven; Quakertown; Break the Skin, and Late One Night. He has also published three memoirs, From Our House, Turning Bones, and Such a Life. His first book was the short story collection, The Least You Need to Know. He is the co-editor of Passing the Word: Writers on Their Mentors. His fiction and nonfiction have appeared, or are forthcoming, in such places as Harper’s, Ms., Creative Nonfiction, The Georgia Review, The Kenyon Review, Fourth Genre, River Teeth, The Southern Review, Prairie Schooner, Glimmer Train, The Best American Mystery Stories, and The Best American Essays. He is the winner of the Mary McCarthy Prize in Short Fiction and fellowships from the National Endowment for the Arts and the Ohio Arts Council. He teaches in the MFA Program at Ohio State University, where he is a College of Arts and Sciences Distinguished Professor of English and a past winner of the Alumni Award for Distinguished Teaching.

One Response to “Interview: Lee Martin”